Single, but living a life full of love.

Single, but living a life full of love.

The single state can be a way of self-giving and fulfillment.

There are many ways to happily give oneself.
A single professional woman from the Philippines responds to "Glamorous and carefree, or unmarried and lonely".
Judging by the varying reactions to us women who remain single by choice or by necessity, we are a misunderstood lot.
On the one hand, many people cannot believe a normal woman would be happy neither marrying nor dating — hence, the insensitive questions we endure during family reunions; or the well-meaning reassurances that if we just pray more, wait more, and go out more, we would finally find “the one” who would complete us.
On the other hand, others approve of our single state, but assume that we embrace it because we hate men, children, or both; or because we fear making commitments.
There are also those who assume that the single life is a breeze: having money and time for our bucket-list items and our careers, with none of the encumbrances that our married friends have.
The reality is more complex.
Doubtless some single women loathe men and children, fear commitment, or seek the freedom that they think automatically comes with singleness. But every woman who embraces the single state is unique, with her own reasons, her own story.
Doubtless, too, many single women yearn for husbands and suffer because of the dearth of good men. To belittle these women’s aspirations would be wrong, because the desire to get married and form a family is, in itself, noble.
But marriage and biological motherhood are not the only outlets for a woman’s inherent desire to give herself for the good of another. There is spiritual motherhood.
Spiritual motherhood is a real form of motherhood. Like biological motherhood, it involves nurturing, giving guidance, providing for someone’s needs. Like biological motherhood it demands a lot of unappreciated sacrifices. But it is no less fulfilling, and it is no less needed by the world.
As stated earlier, there are many reasons some women remain single. Some are single by choice; others by necessity. Either way, singleness is an opportunity to serve others, to reach out especially to those whose needs cannot be met by married people who must prioritize their own families.
There are single women who spend time listening to friends who need confidantes; I know one who even spent a Sunday morning accompanying a friend who was alone in a hospital’s psychiatric ward. There are single women who are loving aunts to their nephews and nieces, or loving caregivers to their aging parents.
There are single women who dedicate themselves to their careers, giving quality service to their clients out of love. There are single women who fill in for their married colleagues at work who, for example, need to take a leave because they have a sick child. There are single women who undertake projects that serve their communities. There are many other examples of single women who give so much of themselves to others.
Even single women who hope to marry someday should not consider their single state a parenthesis in their lives. I believe the best preparation for a happy marriage is to start living a life of love now. For women who plan to get married, the single state is an opportunity to learn the self-sacrificing love that characterizes good wives and mothers.
Whatever reasons a woman has for being single, and whether or not she plans to marry eventually, the single state is better spent using one’s talents to serve others rather than lamenting what one lacks. A woman may be single and yet live a life that is full of love. 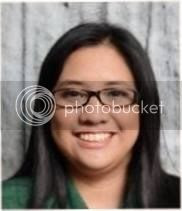 Cristina Montes is based in the Philippines where she is a lawyer and university professor. Her article was first published on Pinay Voices, a website for Filipina women.
“Now that you’re here …  we’ve got a small favour to ask. More people are reading MercatorNet, but far fewer are donating. Unlike many online magazine, we haven’t put up a paywall and we don't have lots of obtrusive advertising. So you can see why we need to ask for your help.
MercatorNet’s independent, vibrant and informative articles take a lot of time, money and hard work to produce. But we do it because we believe our views on human dignity matter – and because they might be your views as well.

If every fan of MercatorNet donated just $10, our future would be much more secure.


We make a big thing of marriage and parenthood on MercatorNet, and rightly so: the family is at the heart of society and of our mission and it needs to be vigorously defended today. But not every adult will be married or should be married. Singlehood is a valid and important way of life that complements marriage in building up society and can be lived generously and joyfully, either while preparing/hoping for marriage or as a permanent state.
Last week we ran an article about a German study that showed single people are much more likely to be lonely than those married, and to suffer ill health. That was particularly true of those who lived alone, which of course is not the necessary consequence of being single. Anyway today we hear from two women living the single life in different ways. Cristina Montes, a law professor in the Philippines, speaks up for the single state in general. Chiara Bertoglio, an Italian musician and contributor to MercatorNet, shares something of her own life and its many opportunities for self-giving even as she remains open to the prospect of marriage. I thank them both for speaking so well about a state that I share with them.