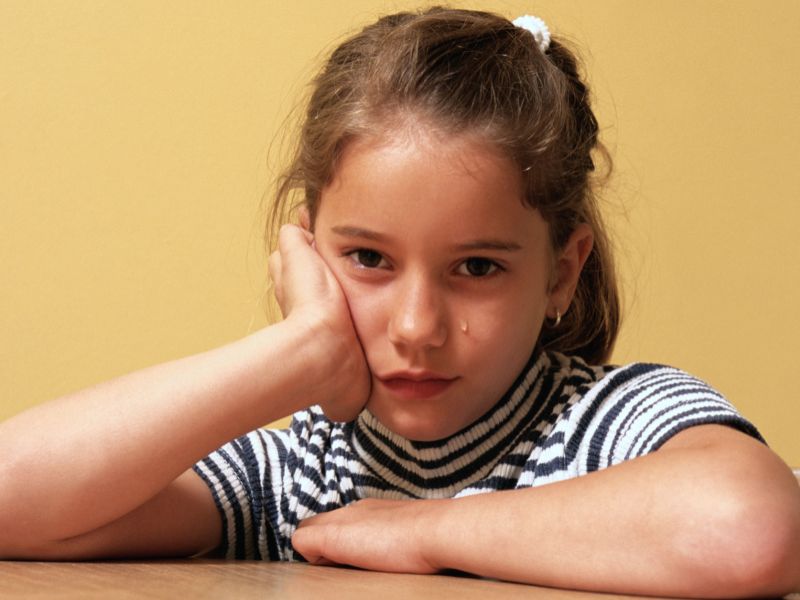 THURSDAY, June 8, 2017 (HealthDay News) -- Fatigue and mood changes are the most common symptoms that occur before children develop migraines, a new study finds.
These symptoms were seen in 41 percent of 185 children, aged 5 to 18, diagnosed with migraines. The two symptoms are also common in adults with migraines.
But four other common pre-migraine symptoms in adults were insignificant in children: yawning, neck stiffness, food cravings and urinary changes, according to the Nationwide Children's Hospital study.
"Migraine treatment is based on treating as soon as possible," senior study author and headache specialist Dr. Howard Jacobs said in a hospital news release. "Knowing which of these premonitory signs a child experiences before a migraine can lead parents and physicians to early recognition and treatment of an impending migraine attack."
The study also found that children with chronic migraines and those with migraines with aura were more likely to have these symptoms. The study also revealed that not every child with migraines will experience such symptoms.
Migraines are less common in children than in adults. But when children have these headaches, they experience more severe pain, the study authors said.
"While there are good medications available to treat migraines when they strike and several preventative medicines available when indicated, there are also several things families can do to prevent headaches in the long term," Jacobs said.
"Eating three meals a day, getting enough sleep at night, staying hydrated, and managing every day stresses can help keep headaches at bay," he said.
Parents should consult their pediatrician if a child's headache is sudden and severe, if there's a change in the headache compared to previous headaches, or if frequent headaches interfere with a child's normal routine.
The study findings were presented Wednesday at the annual meeting of the American Headache Society, in Boston. Findings presented at meetings are generally viewed as preliminary until they've been published in a peer-reviewed journal.
SOURCE: Nationwide Children's Hospital, news release, June 7, 2016
HealthDay
Copyright (c) 2017 HealthDay. All rights reserved.
News stories are written and provided by HealthDay and do not reflect federal policy, the views of MedlinePlus, the National Library of Medicine, the National Institutes of Health, or the U.S. Department of Health and Human Services.