Alison is the Editor for BMC Plant Biology, BMC Genetics and BMC Immunology. She studied at the University of Reading completing a PhD on investigating the effects of mutations on the structure of p53. After working for a time in academia, she joined BioMed Central in May 2014, as a Database Editor for the ISRCTN registry. Alison joined the BMC-series in November 2016. 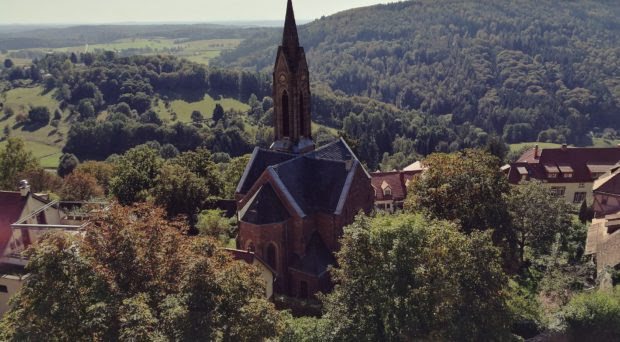 Pixabay
The Chromatin and Epigenetics EMBO conference is a biannual event that gathers together top speakers covering the latest advances in chromatin and epigenetics research.
On the front cover of the conference booklet was Dr Alan Wolffe (1959-2001) a scientist who in the last three years of his life alone, published a number of articles on epigenetics including the role of DNA methylation in regulating gene expression in normal and pathological states, chromatin remodeling in transcriptional repression and activation, and the molecular mechanisms of gene misregulation in disease, including cancer and Rett syndrome.
The scientific programme was broadly along the same lines. It was organized into a number of sessions, namely chromatin regulation, developmental epigenetics, making and breaking heterochromatin, histone modifications, RNA and metabolism, transcriptional and posttranscriptional regulation, nuclear architecture and remodelling chromatin.
Of particular interest was the series of talks on epigenetic reprogramming and regulation, including HOX genes regulation during vertebrate development, epigenetic reprogramming in mouse development.
My personal favorite was a fascinating talk on the role of epigenetic regulation on social behavior in ants, describing work by Dr Roberto Bonasio  and colleagues from the University of Pennsylvania. 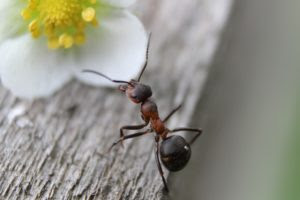 Bonasio explained how ant societies are very sophisticated, with different groups (or castes) arising from a single genome and having different roles. Each caste is distinct in appearance (morphology) and has different behavioral traits. Female embryos become queens or one of a number of different types of worker ants. The developmental path of each individual ant is – strikingly – completely independent from their genetic makeup. The differences between each ant caste (their phenotype) must therefore be due to epigenetic modifications (i.e. not explained by changes in DNA sequence).
Bonasio’s group have sequenced the genome for the ant species; Camponotus floridanus, obtaining both genome-wide DNA methylation and chromatin structure profiles. Unlike for some other ant species, Harpegnathos queens can be replaced by worker ants, which then develop the behavioral and phenotypic traits of the queen. This unique behavior allows researchers to investigate the role of epigenetic pathways in regulating brain function and behavior. By obtaining the gene expression profiles of Harpegnathos ants before, during and after their transition from worker to queen, a neuropeptide has been identified that that stimulates worker ant behaviors such as foraging while blocking the transition to queen status. This is exciting as it’s the first time a neuropeptide, and transcriptional regulation in general, is shown to play a role in caste determination and caste-specific behavior in a social organism.
The other main highlights of the conference were, as expected, the two Keynote lectures.

Professor Xiaowei Zhuang, from Harvard University presented some super-resolution imaging and multiplex fluorescent in situ hybridization (FISH) imaging methods developed in her laboratory that have produced high resolution images of the 3D conformation of chromatin in the cell nucleus. She demonstrated,  with the help of a collection of beautiful images,  how these methods have been used to, for example,  confirm that chromatin is organized into large contact domains called TADS (topologically associating domains), but folding in a way that differs from the classical fractal-globule model at large length scales.

MERFISH has helped map the distribution of RNA inside cells and distinct cell types in complex tissues.

A single-cell transcriptome imaging method called multiplexed error-robust FISH (MERFISH) was also described,  Professor Zhuang presented a number of applications for the technique, including mapping the distribution of RNA inside cells and also distinct cell types in complex tissues.

The very last talk presented at the conference was one by Professor Adrian Bird from the University of Edinburgh.  Rett syndrome is a devastating autistic spectrum disorder that affects the development of female children; it is very rarely seen in males. Sufferers seem normal at first, with symptoms typically appearing around the age of 2 to 3.
Professor Bird has discovered the cause of the disorder, mutations to the so-called Rett gene MeCP2. He explained that the MeCP2 protein binds to DNA sites that can be chemically altered by DNA methylation, which has an effect on gene expression. Although other hypotheses do exist, it is thought that the primary function of the MeCP2 protein is to affect DNA methylation in such a way as to block transcription; this is supported by biochemical and genetic analyses of the protein and also by the number of different mutations to the gene that causes the condition. MeCP2-deficiency leads to the development of a number of serious neurological disorders, including, of course, Rett syndrome.
The most interesting part of the talk, however, was a very visual demonstration, using mice as models, that the disorder is potentially curable with the aid of videos.
Video 1 shows a MeCP2-deficient mouse with Rett Syndrome like symptoms.
(Taken from the New Scientist YouTube channel – url https://www.youtube.com/watch?v=XHXU25NTGf4)
Video 2 shows the same mouse after MeCP2-replacement therapy.
(Taken from the New Scientist YouTube channel – url https://www.youtube.com/watch?v=RVUq5C9LS-4)
In general, I would certainly recommend this conference to anyone with an interest in the field and I look forward to the programme in two years time.
Publicado por salud equitativa en 13:18