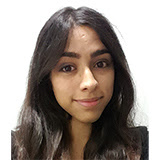 By Afsaneh Khetrapal BSc (Hons)
Parechovirus is a very new genus classification under the family Picornaviridae. They are closely related to enteroviruses that cause diarrhea, the common cold, and other infections. Parechovirus are of two types, Parechovirus A and Parechovirus B, of which the former is known as “Human Parechovirus or HPeV” as they are human pathogens that can cause diseases to the general population.
Human parechoviruses are characterized as small, non-enveloped, and single-stranded positive-sense RNA viruses that mostly infect infants and young children. In total, 19 types of human parechoviruses have been discovered — HPeV 1–19. Recombination between HPeV types is also noted. 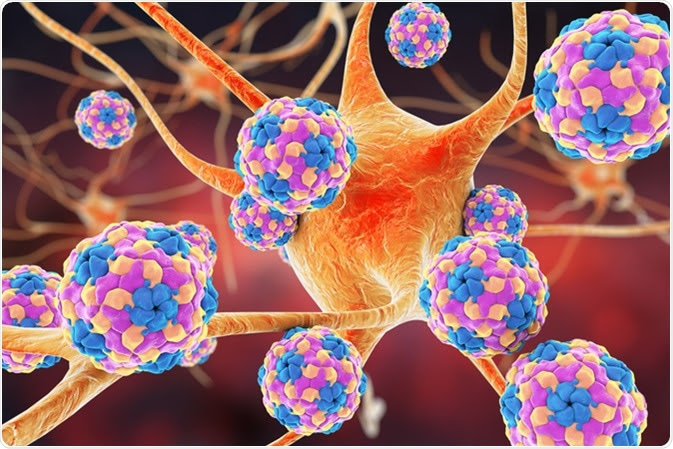 HPeV 1 and 2 were the first discovered among human parechoviruses. They were isolated from children infected with diarrhea in 1956. Initially, they were known as echovirus 22 and 23, respectively. Later, in 1999, they were reclassified into a separate genre due to the genetic and biological differences found.
The next four parechoviruses, HPeV 3–6, were identified between 2002 and 2006, in young children with signs similar to human enteroviruses.
HPeV 1 is the most common member of the genus. HPeV 2, 4, and 5 are less observed in clinical studies. While HPeV 1 causes mild respiratory and gastric infections, HPeV 3 is the cause behind serious diseases like encephalitis and myocarditis. More severe effects of HPeV infections have also been found recently. These include acute flaccid paralysis (AFP), aseptic meningitis, neonatal sepsis, and Reye syndrome.

Types and Signs of Infection of Human Parechovirus

Human parechoviruses are transmitted through fecal, oral and respiratory routes. The virus spreads when a person, directly or indirectly, comes in contact with respiratory droplets, saliva, or the feces of an infected person. Therefore, keeping the environment hygienic, isolating the patient, and handling the patient with good care alone will not help in preventing transmission. It is equally important to avoid using objects or surfaces that may have been contaminated by the viruses such as cutlery, plates, and toilets. These viruses are more common during the spring, summer, and autumn than in winter.
Reports that shows the onset of symptoms within the first two days after birth and the finding of the virus on the second day in the cerebrospinal fluid suggests that the transmission of the virus can happen from mother to child in the fetal stage itself (utero transmission). If the onset of symptoms happens in the first 10 days after birth, the reason can be the exposure of the infant to a large dose of EV and the lack of antibodies across the placenta. This fact is yet to be confirmed.
The human parechovirus is not confirmed as teratogenic, that is, an agent that disturbs the growth of the embryo; however, cases of infants affected with the virus have been reported.

The Population at Risk

The human parechovirus is one that affects people all over the world. Although they can affect people of all ages, infants appear to be more at risk. Generally, children a few days or a few weeks old show more symptoms of severe diseases caused by the infection of this virus.
Studies in the field suggest that most of the symptomatic HPeV 3 occurs during the first few months after birth. Lack of maternal antibodies is considered a vital reason for infant vulnerability to the virus. Two suggestions can be considered for this state; either the HPeV 3 may be a relatively new virus, or there is a decrease in the level of virus-specific antibody inside the mother's womb.
In many cases, reinfection of the human parechovirus is seen to be common within a three-year span, although the type of virus that infects may not be the same as in the previous infection.