Typical endocarditis patient is white, young and from a rural area, report says 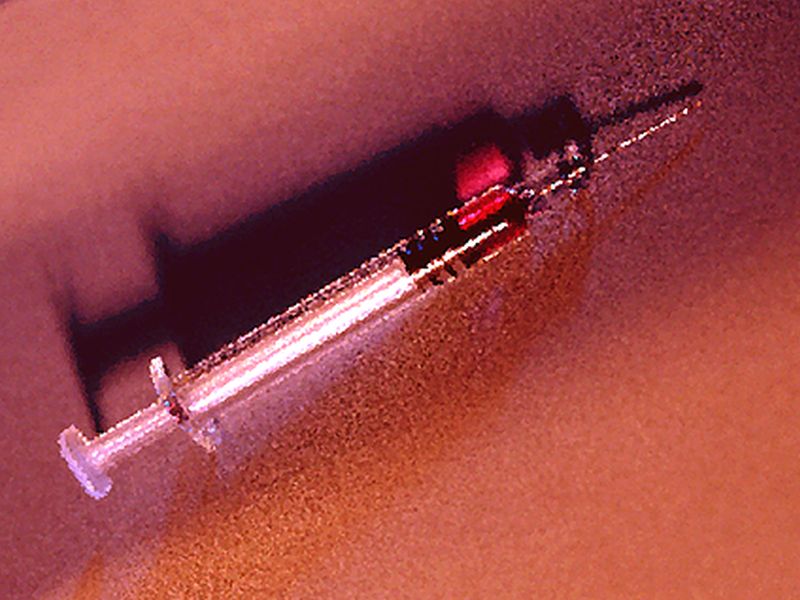 THURSDAY, June 8, 2017 (HealthDay News) -- There's another alarming consequence to America's heroin and prescription painkiller epidemic: an increase in a serious heart infection called endocarditis, U.S. health officials report.
Young, white injection drug users in rural areas are increasingly being hospitalized with both drug dependence and endocarditis, the U.S. Centers for Disease Control and Prevention said.
"Endocarditis, or infection of the valves of the heart, due to needle sharing has been on the rise; and the rise has been directly associated with the increase in opioid use in the United States," said Dr. Satjit Bhusri, a cardiologist at Lenox Hill Hospital in New York City. He wasn't involved in the current research, but reviewed the study's findings.
Bhusri explained that sharing unclean needles can introduce bacteria into the body. Those bacteria, he said, "have an attraction to grow on heart valves and can lead to potentially irreversible and deadly results for the heart."
The CDC study found the number of patients discharged from North Carolina hospitals with a dual diagnosis of drug dependence and endocarditis jumped 12-fold from 2010 to 2015. The biggest increase occurred since 2013.
The study also found that about one-third of the patients also had hepatitis C infection. Hepatitis C can also be transmitted through sharing needles, according to the CDC.
These findings suggest a need to focus efforts on harm-reduction strategies, the study authors said. These measures should include syringe service programs, safe injection education, and good treatment programs.
Health officials attributed the spike in endocarditis to the ongoing U.S. opioid crisis.
More than 4 million Americans misused prescription painkillers such as OxyContin and Percocet (oxycodone) and Vicoprofen (hydrocodone) for nonmedical purposes in 2014, according to a national survey completed that year.
Such users are 40 times more likely than others to use heroin or other injection drugs, the report noted.
Endocarditis is a potentially fatal infection, according to the American Heart Association. And, it's expensive to treat, with half of patients racking up more than $50,000 in bills, said the researchers, led by CDC epidemiologist Aaron Fleischauer.
The report noted that 42 percent of the North Carolina patients were uninsured or covered by Medicaid. That means government funds foot most of their health bills.
Overdose deaths nearly quadrupled nationwide from 2002 to 2014, the researchers said in background notes. But the report explained that overdoses aren't the only fatalities associated with intravenous drug use.
"Although overdose contributes most to drug-associated mortality, infectious complications of intravenous drug use constitute a major cause of morbidity [illness] leading to hospitalization," the report authors said.
The new report includes information from all North Carolina hospitals using the state's hospital discharge database from 2010-2015.
More than 500 cases of endocarditis-related to drug use were diagnosed in adults 18 and older over the six-year period.
Costs for these hospitalizations in North Carolina rose 18-fold since 2010, reaching more than $22 million in 2015, the report said.
Other report highlights included:
The findings were published June 9 in the CDC's Morbidity and Mortality Weekly Report.
SOURCE: U.S. Centers for Disease Control and Prevention, June 9, 2017, Morbidity and Mortality Weekly Report
HealthDay
Copyright (c) 2017 HealthDay. All rights reserved.
News stories are written and provided by HealthDay and do not reflect federal policy, the views of MedlinePlus, the National Library of Medicine, the National Institutes of Health, or the U.S. Department of Health and Human Services.