By Dr Ananya Mandal, MDJune 19, 2017
A new report has shown that nearly 1,300 children in the United States die due to firearm injuries annually and 5,790 children survive gunshot injuries occurring from rifles and shotguns as well as hand-held guns. 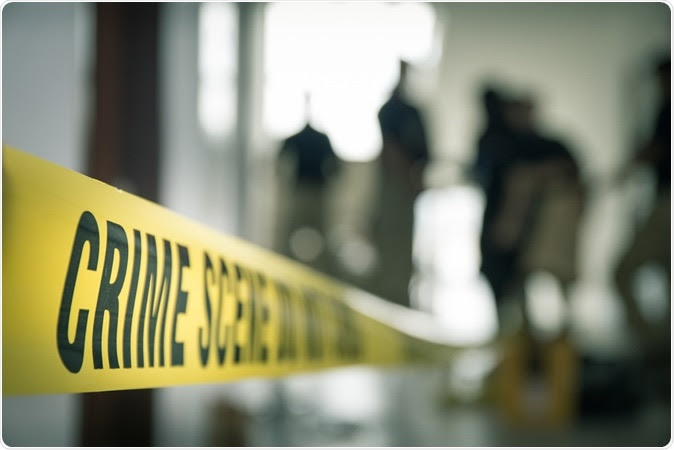 Image Credit: Prath / Shutterstock
The study published in the Journal Pediatrics this week has said that deaths and injuries to gun shots has now become the third leading cause of death for children between ages 1 and 17 years. The study was conducted by researchers at the U.S. Centers for Disease Control and Prevention, CDC.
The researchers looked at data on injuries and deaths that resulted from gunfire among children aged between 1 and 17 years. They gathered this data from three national databases which closely follow details of the nonfatal firearm injuries as reported by the emergency rooms from the hospitals. A special statistical tool joinpoint regression analyses was used to assess trends between 2002 and 2014.
In addition they looked at databases of death certificates, coroner and medical examiner records, law enforcement reports, reports of homicides, suicides and assaults as well as unintentional gunshot injuries. Other details of those affected by gunshots were also recorded including gender, age, race or ethnicity along with year of death.
Study author Katherine Fowler, a behavioural scientist at the CDC, says that everyday around 19 children either die or are injured due to gunshot wounds. She went on to detail the numbers that 53% of the deaths due to gunshot wounds among children were homicides. There were 38% suicides too and only 6% were unintentional deaths. Males are more at risk she said accounting for 82% of the children population dying of gunshot injuries and 84% of all children injured due to gunshot violence.

These boys dying or being injured with guns are between 13 and 17 years of age and commonly African-American when it comes to gunshot homicides. When it comes to suicides linked to guns, the ethnicity is predominantly non-Hispanic white and American Indian/Alaska Native she explained. African-American kids in addition have around ten times risk of deaths due to guns compared to non-Hispanic white and Asian-American children, says the report.
The gun related homicide rates among children are higher in Southern states and parts of the Midwest compared to other regions. Gun related suicide rates are higher in Western states. Firearm homicides of younger children are usually not isolated, the study found. These deaths occur in groups. Pretend play with guns in unintentional firearm deaths occur both in younger and older children.
According to Fowler, this was the first and most comprehensive report surpassing earlier smaller reports. This report looks closer at the patterns and trends of the problem and may help strategize remedies.
Since 2007 there has been an alarming rise in suicides using a firearm the report finds with the rise up to 60%. One third of these are linked to depressive illness and one fourth of these linked to a clinically diagnosed mental health ailment. A quarter of these deaths were expressed as a wish by the victims before the attempt, the report finds. In the rural areas, suicides are commonly involving handguns or long guns. According to Dr. Eliot W. Nelson of the University of Vermont Children's Hospital, in Burlington, in his accompanying editorial in Pediatrics entitled “Confronting the Firearm Injury Plague”, these suicides are preventable and a result of “short term crises” in “impulsive teenagers” with an access to firearms. He says that guns result in 10% of all deaths among children aged between 1 and 17 years in 2014 and 2015 and gun-related death rates for children that had declined is again on the rise last two years.
The American Academy of Pediatrics recommends that doctors are proactive and approach parents about presence of guns and gun safety protocols at home. The message, reminds Nelson, is not to criticize gun owners who keep them for self-defence or hunting, but an attempt to improve on safe gun storage in homes with kids. According to Fowler, these firearm injury numbers are reducible and preventable.
Source:
http://pediatrics.aappublications.org/content/early/2017/06/15/peds.2016-3486
Publicado por salud equitativa en 13:31