Still, study found they eat too much salt for their own good 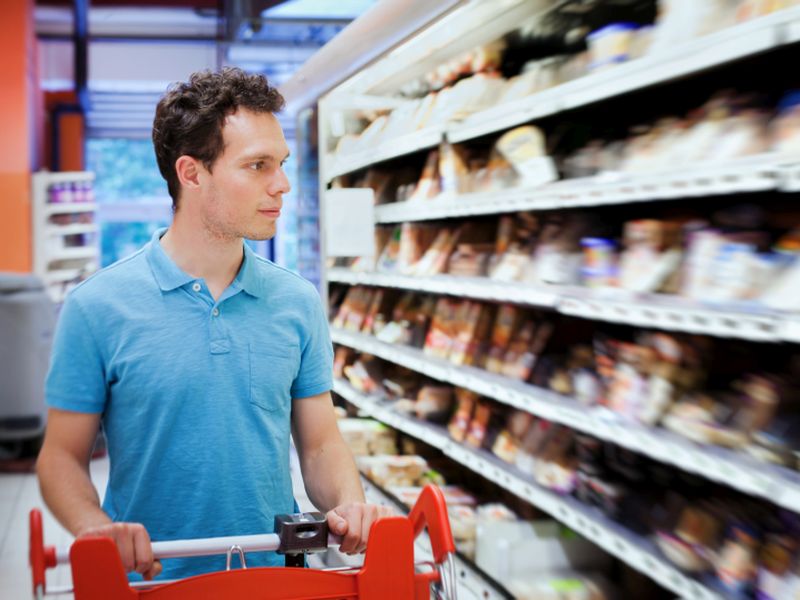 MONDAY, June 5, 2017 (HealthDay News) -- Americans' addiction to salt may be waning, as food manufacturers gradually cut amounts in their products and consumers opt for less salty fare, a new study suggests.
A survey of more than 172,000 households found that between 2000 and 2014 the amount of salt in the packaged food and drinks people bought was reduced by nearly 400 milligrams (mg) a day, dropping from more than 2,300 mg to less than 2,000 mg a day.
At the same time, the salt content of packaged foods consumers purchased decreased 12 percent, said lead researcher Jennifer Poti, a nutritional epidemiologist and research assistant professor at the University of North Carolina at Chapel Hill.
"Our findings suggest that U.S. households are getting less sodium from the grocery store than they did 15 years ago, yet sodium levels in packaged foods are still too high," she said.
The researchers also found that the average salt content food consumers purchased decreased for all major packaged foods, including 49 mg less salt in about every 4 ounces of condiments, sauces, dips and salty snacks.
Despite these declines, less than 2 percent of U.S. households purchased packaged food and drinks with the optimal amount of salt -- a tiny fraction of a teaspoon of salt for each calorie in the foods they ate, Poti noted.
For the study, Poti and her colleagues used data from the Nielsen Company on packaged food and beverage purchases by U.S. households. Household members used a barcode scanner to record their purchases.
High levels of salt consumption have been tied to high blood pressure, which can lead to heart disease and stroke, according to the American Heart Association.
The American Heart Association recommends no more than 1 teaspoon (2,300 mg) a day and an ideal limit of about half a teaspoon (1,500 mg) per day for most adults.
But salt is sneaky. Most of the salt people eat is in packaged foods and restaurant meals -- only a small amount comes from salt added at the table. Salt lurks in places you might not suspect, such as bread, pasta and cheese, Poti said.
Since the amount of salt accumulates throughout the day, most Americans consume far too much -- about 3,400 mg, far above the recommended amount.
The reduction in salt in packaged foods seen in this study might potentially be meaningful for population health, if declines in salt purchased translate to declines in salt eaten, Poti said.
"Previous studies have reported that reductions in sodium intake of this magnitude [400 mg per day] are sufficient to substantially reduce cardiovascular disease events," she noted.
Lowering salt in products by manufacturers and changes in the products selected by consumers may have contributed to these reductions in salt from packaged foods, Poti said.
During the past 15 years, efforts -- such as the National Salt Reduction Initiative, voluntary pledges by food manufacturers to reduce salt in their products, and public health efforts to shift food choices -- may have all helped to make progress toward salt reduction in the American diet, Poti said.
But, "the rate of decline in sodium from store-bought foods is slow, and almost all U.S. households continue to have total packaged food purchases with excessive sodium," she said.
More efforts are needed to accelerate the pace of salt reduction in the U.S. diet, she said.
"Our findings support the need to finalize and implement the national sodium reduction targets proposed last year by the U.S. Food and Drug Administration," Poti said.
In the meantime, she recommends choosing low-salt foods, replacing salty snacks with fresh fruit, and keeping track of how much salt you consume.
Dr. David Katz is president of the American College of Lifestyle Medicine. "Sodium intake has recently become a controversial topic in medicine, but that debate is largely about where to draw the line," he said.
"It remains clear that most Americans eat much more than any optimal amount, and that reduced intake could be very beneficial to health," Katz said.
Because most of the salt people eat comes from packaged food and drinks, a meaningful reduction in salt requires action by manufacturers, he said.
One common argument is that consumers won't adapt to less salt in their food, but this study belies that belief, he pointed out.
"That the significant declines in salt seen in this study have occurred without protest reminds us that familiarity is among the more potent determinants of taste preference. As we acclimate to less salty food, we come to prefer it as our palates become more sensitive to salt. The same could work for sugar," Katz said.
Although the trend is encouraging, "we are still far from the ideal. Industry can, and I hope will, keep dialing down sodium content," he said.
The findings were published June 5 in the journal JAMA Internal Medicine.
SOURCES: Jennifer Poti, Ph.D., nutritional epidemiologist, research assistant professor, University of North Carolina at Chapel Hill; David Katz, M.D., M.P.H., director, Yale-Griffin Prevention Research Center, Derby, Conn., and president, American College of Lifestyle Medicine; June 5, 2017, JAMA Internal Medicine, online
HealthDay
Copyright (c) 2017 HealthDay. All rights reserved.
News stories are written and provided by HealthDay and do not reflect federal policy, the views of MedlinePlus, the National Library of Medicine, the National Institutes of Health, or the U.S. Department of Health and Human Services.