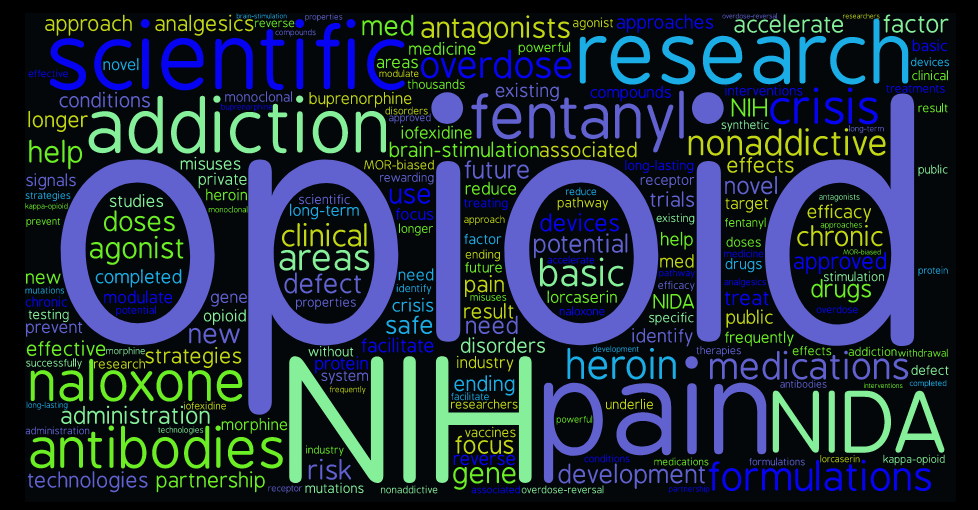 In 2015, 2 million people had a prescription opioid-use disorder and 591,000 suffered from a heroin-use disorder; prescription drug misuse alone cost the nation $78.5 billion in healthcare, law enforcement, and lost productivity. But while the scope of the crisis is staggering, it is not hopeless.
We understand opioid addiction better than many other drug use disorders; there are effective strategies that can be implemented right now to save lives and to prevent and treat opioid addiction. At the National Rx Drug Abuse and Heroin Summit in Atlanta last April, lawmakers and representatives from health care, law enforcement, and many private stakeholders from across the nation affirmed a strong commitment to end the crisis.
Research will be a critical component of achieving this goal. Today in the New England Journal of Medicine, we laid out a plan to accelerate research in three crucial areas: overdose reversal, addiction treatment, and pain management [1].
First, there is a need to develop additional overdose-reversal interventions and improved formulations of naloxone to reduce mortality. Naloxone is very effective at reversing overdoses, but bystanders may not reach the person in time and the usual doses given may not be powerful or long-lasting enough to reverse overdoses on fentanyl and other highly potent synthetic opioids. In addition to new or differently formulated antagonists of the mu-opioid receptor, other targets such as the 5HT1A receptor (a serotonin receptor) may hold promise as alternative ways of reversing respiratory depression caused by opioid overdose.
Research is also needed to develop technologies that can detect an overdose and signal for help as well as intervene automatically to stimulate respiration. We must also develop better strategies to effectively engage people who have overdosed in addiction treatment.
Second, we need new, innovative medications and technologies to treat opioid addiction. The existing opioid agonist (methadone), partial agonist (buprenorphine), and antagonist (naltrexone) medications effectively reduce illicit opioid use when they are provided at a sufficient dose and patients adhere to their treatment plan—but not all patients respond to these medications.
Our growing knowledge of the neurobiology of opioid addiction has helped researchers to identify novel molecular targets (such as the kappa-opioid receptor and serotonin receptors) and new ways of modifying brain circuits that may produce more effective and safer treatments for opioid use disorders. Among the novel approaches in development are vaccines that recruit the body’s immune system to prevent opioids from entering the brain; these have already shown great promise in animal studies.
Third, we need safe, effective, non-addictive treatments to manage chronic pain. While there were nearly 20,000 overdoses in 2015 due to heroin or fentanyl, the trajectory of opioid addiction usually begins with prescription opioid misuse. Some people with opioid addiction began by taking diverted pills from friends and family members, but others began with an opioid prescription of their own.
But simply reducing medical use (and thus supply) of addictive prescription opioids, as the Centers for Disease Control and Prevention (CDC) and other authorities have recently advised, does not address the very real problem of untreated pain in this country, and we cannot solve the opioid addiction and overdose crisis without better addressing pain at the same time. New pain treatments need to be developed, and the last few years have seen exciting developments in this area.
For example, compounds called biased agonists that produce pain relief via the mu-opioid receptor but without the rewarding and respiratory depressing effects produced by currently approved opioid medications have recently shown promise in animal studies. Non-opioid-based approaches like cannabinoids, sodium channel blockers, gene therapies, and brain-stimulation technologies (such as transcranial magnetic stimulation (TMS), transcranial direct current stimulation, and electrical deep brain stimulation) also may lead to new therapeutics.
This initiative will focus on a range of objectives—from easily achievable short-term goals (such as reformulations of existing medications) to research priorities that will take longer to bear fruit. But as announced at the Rx Summit last month, across the board, NIH will be partnering with pharmaceutical industry leaders to cut in half the time it takes to develop new treatments. Public-private partnerships are already a part of the NIH’s “Cancer Moonshot” and other initiatives, and some of the current medications saving lives—such as Probuphine® and Nasal Narcan®—and rescuing opioid users from the grip of addiction were developed through NIDA partnerships with industry.
Extraordinary focus is being brought to the opioid crisis by all segments of our society, so now is the time to leverage this awareness to accelerate the pace of research to develop new treatments. From the standpoint of NIH and NIDA, it is “all scientific hands on deck.” NIH research can help end the crisis, and we are committed to doing so.
Reference:
[1] The role of science in addressing in opioid crisis, Volkow ND, Collins FS. May 31, 2017. [Epub ahead of print]
Links:
Opioid Crisis (National Institute on Drug Abuse/NIH)
National Rx Drug Abuse and Heroin Summit
Addressing America’s Fentanyl Crisis (NIDA)
Medications to Treat Opioid Addiction (NIDA)
Preventing Drug Abuse: The Best Strategy (NIDA)
Note: Nora Volkow, M.D. is Director of the National Institute on Drug Abuse (NIDA), NIH; Francis Collins, M.D., Ph.D., is the Director of the National Institutes of Health (NIH).
Publicado por salud equitativa en 8:44