Adults: Protect Yourself with Pneumococcal Vaccines 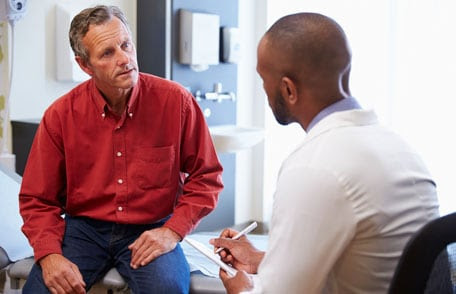 CDC recommends 2 pneumococcal vaccines for all adults 65 years or older.
PCV13 protects against 13 strains of pneumococcus bacteria and PPSV23 protects against 23 strains of pneumococcus bacteria. Both vaccines provide protection against illnesses like meningitis and bacteremia. PCV13 also provides protection against pneumonia.
These vaccines are safe, but side effects can occur. Most side effects are mild, such as arm swelling or soreness, and do not affect daily activities.

Which Adults Should and Shouldn't Get PCV13?

PCV13 is recommended for:
Anyone who has ever had a life-threatening allergic reaction to a dose of the vaccine, to an earlier pneumococcal vaccine called PCV7 (or Prevnar), or to any vaccine containing diphtheria toxoid (for example, DTaP), should not get PCV13. Anyone with a severe allergy to any component of PCV13 should not get the vaccine.

Courtesy of the National Foundation for Infectious Diseases

Which Adults Should and Shouldn't Get PPSV23?

PPSV23 is recommended for:
Anyone who has ever had a life-threatening allergic reaction to a dose of PPSV23 or with a severe allergy to any component of the vaccine should not get the vaccine.

Can Pneumococcal Vaccines Be Given at the Same Time?

No, PCV13 and PPSV23 should not be given at the same time. When both vaccines are recommended, you should receive a dose of PCV13 first, followed by a dose of PPSV23 at another visit. Talk with your healthcare professional to find out when you should come back for the second vaccine.

Can Influenza and Pneumococcal Vaccines Be Given at the Same Time?

How Much Do Pneumococcal Vaccines Cost?

Where Can I Get Pneumococcal Vaccines?

Pneumococcal Disease Can Be Deadly for Older Adults

Most pneumococcal infections are mild. However, some can be deadly, especially for adults 65 years or older:

What is Pneumococcal Disease?

Pneumococcal disease is an infection caused by Streptococcus pneumoniae bacteria, also known as pneumococcus. Pneumococcal bacteria can cause many types of illnesses that range from mild to very severe. When pneumococcal bacteria spread from the nose and throat to ears or sinuses, it generally causes mild infections. When the bacteria spread into other parts of the body, it can lead to severe health problems such pneumonia, bacteremia, and meningitis. These illnesses can be life threatening, especially for adults 65 years or older, people with chronic health conditions, and people whose immune systems are weakened by disease or medicine (immunocompromised). Pneumococcal disease can lead to disabilities like deafness, brain damage, or loss of arms or legs.

How Does Pneumococcal Disease Spread?

Pneumococcal bacteria spread from person to person by direct contact with respiratory secretions, like saliva or mucus. People can carry the bacteria in their nose and throat, and can spread the bacteria without feeling sick.