Sound Sleep Elusive for Many Kids With ADHD: MedlinePlus

Sound Sleep Elusive for Many Kids With ADHD: MedlinePlus

Sound Sleep Elusive for Many Kids With ADHD

Those with the attention disorder sleep less, take longer to fall asleep at night, study finds 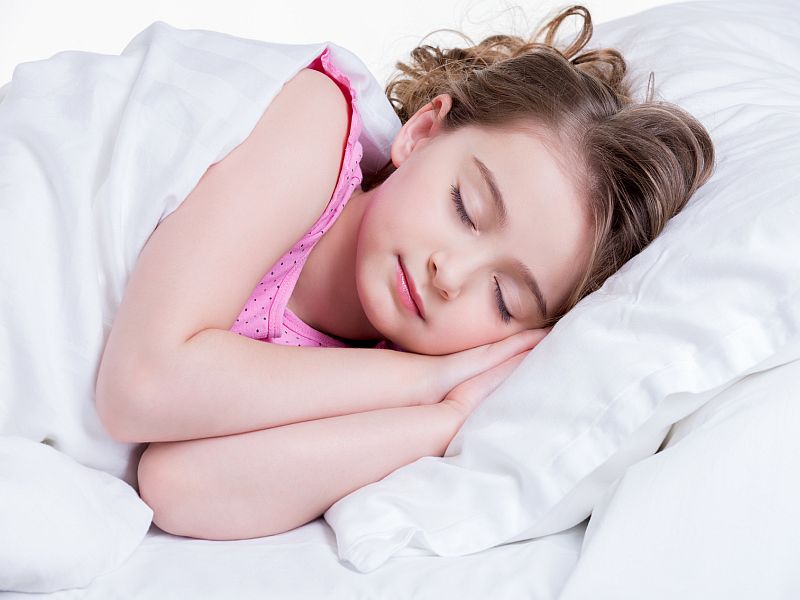 WEDNESDAY, June 8, 2016 (HealthDay News) -- A new study supports a claim parents have long made about children with attention-deficit/hyperactivity disorder -- kids with ADHD don't sleep as well as other kids.
"Children with ADHD have huge sleep problems," said study leader Anne Virring Sorensen, a researcher at Aarhus University in Risskov, Denmark.
"We verified [their sleep problems] by polysomnography, which hadn't been done before," she said.
Polysomnography is a sleep study. It evaluates brain waves, breathing and other parameters to check sleep quality. The researchers also looked at how quickly the children fell asleep at night and during the day.
In the United States, about 6 million children have ADHD, a neurodevelopmental disorder, according to the U.S. Centers for Disease Control and Prevention. Symptoms vary, but can include lack of focus, impulsivity and hyperactivity, with difficulty in winding down when it is time to sleep or relax, the study authors said.
The researchers recruited 76 children with ADHD for their study. The average age of the group was almost 10 years old. The researchers also recruited 25 children without ADHD (the "control" group).
Kids with ADHD slept about 45 minutes less a night than those without ADHD. The children with ADHD also took longer than the other children to fall asleep at night. During the day, however, the children with ADHD fell asleep faster than those in the control group, the investigators found.
At first, the researchers thought this was a surprising finding, because of the hyperactivity that is common in ADHD children. But, they speculated that sleep problems may be contributing to the ADHD, and that the hyperactivity aspect of the disorder might be the brain's way of compensating for not being able to doze off during school.
The study findings confirm something "that's been known for a while," said Brandon Korman, chief of neuropsychology at Nicklaus Children's Hospital in Miami.
But Korman noted that the study "doesn't prove cause and effect" between ADHD and sleep troubles. It's possible that a third -- as yet unknown -- factor may be contributing to poor sleep and ADHD symptoms.
Can parents do anything to help their children with ADHD sleep better?
Pay attention to good "sleep hygiene," or the rituals and habits kids engage in before bed, Korman said. He suggested that parents tell children to turn off all electronics -- including TVs, computers, cellphones and video games -- a couple of hours before bedtime. These devices can keep kids stimulated, he said, and worsen sleep.
Parents can also ask their pediatrician for sleep advice, Korman added.
The study findings appear in the June issue of the Journal of Sleep Research.
SOURCES: Anne Virring Sorensen, Ph.D., Ph.D., researcher, Aarhus University, Risskov, Denmark; Brandon Korman, Psy.D., chief of neuropsychology, Nicklaus Children's Hospital, Miami; June 2016,Journal of Sleep Research
HealthDay
Copyright (c) 2016 HealthDay. All rights reserved.
News stories are provided by HealthDay and do not reflect the views of MedlinePlus, the National Library of Medicine, the National Institutes of Health, the U.S. Department of Health and Human Services, or federal policy.