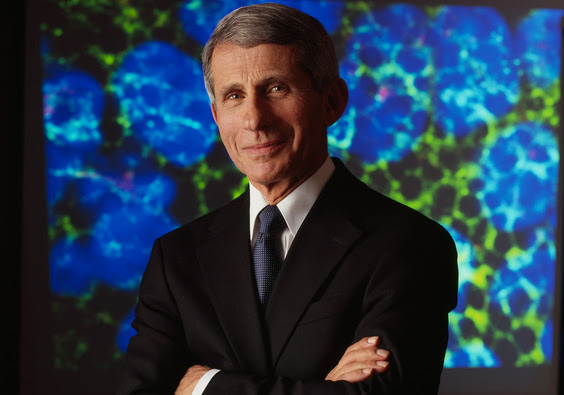 Today, May 18, is HIV Vaccine Awareness Day. In a statement, NIAID Director Anthony S. Fauci, M.D., reflects on the goal of developing a vaccine to prevent HIV infection.

May 18, 2016
Anthony S. Fauci, M.D., Director, National Institute of Allergy and Infectious Diseases
​Advances in HIV/AIDS research have given us the opportunity to transform the lives of those living with HIV while providing highly effective methods of preventing the infection. This progress has strengthened optimism for achieving a durable end to the HIV/AIDS pandemic. With an estimated two million new HIV infections occurring worldwide annually, however, controlling and ultimately ensuring a durable end to the HIV/AIDS pandemic also will likely require a safe and effective vaccine.

HIV Vaccine Awareness Day
While we pursue an effective HIV vaccine, much progress has been made in other areas of HIV research and care, notably with the development and use of antiretroviral drugs for treatment and prevention. A groundbreaking NIAID-supported study demonstrated that treating HIV-infected individuals sooner rather than later dramatically diminished the likelihood that they would infect their sexual partners. Another important study showed that treating an HIV-infected person as soon as possible after diagnosis was much more beneficial than waiting until the immune system showed damage. Other clinical trials have established that regularly taking a single antiretroviral pill in a strategy called pre-exposure prophylaxis, or PrEP, can reduce an individual’s risk of contracting HIV infection by more than 90 percent.
While these treatment and prevention approaches using antiretroviral drugs are scientifically proven, they remain substantially underutilized. The widespread testing, access to care, existence of an adequate health care infrastructure, and adherence to medication required for the success of these approaches are particularly difficult in countries with scarce resources where the majority of new infections occur. While we are making encouraging progress—new HIV infections have fallen by 35 percent globally since 2000—the development of a safe and effective HIV vaccine would be the ultimate game-changer.
In this regard, today NIAID is pleased to announce the decision to move forward with HVTN 702, a new Phase 2b/3 HIV vaccine efficacy clinical trial in South Africa. The study will test an investigational HIV vaccine regimen designed to improve upon the efficacy observed in the RV144 trial in Thailand and to evaluate the vaccine in a higher risk population. RV144 is the only clinical trial to demonstrate that a vaccine can protect people from HIV infection, albeit to a modest degree.
The decision to proceed with HVTN 702 was informed by early data from the HVTN 100 phase 1/2 clinical trial, which has shown that the new vaccine regimen is safe and produces a robust immune response. HVTN 100 was led by the Pox-Protein Public-Private Partnership (P5), a diverse group of organizations including NIAID committed to building on the success of the RV144 HIV vaccine trial.
Vaccine research also continues in the laboratory, where scientists are investigating the use of potent antibodies that block a high percentage of global HIV strains from infecting human cells. These so-called broadly neutralizing antibodies (bNAbs) can occur naturally; however, they occur in high titers in a relatively small proportion of infected individuals and they usually develop only after two or more years of infection, too late to be of significant benefit to the patient. However, if a vaccine could stimulate uninfected people’s immune systems to make bNAbs, the antibodies might protect those people from HIV infection.
Researchers are identifying and engineering numerous and more powerful types of bNAbs and testing them in clinical trials of passive infusion to see if they can protect uninfected people from acquiring HIV, and in HIV-infected people to see if they help keep the virus in check. Testing the ability of bNAbs in these settings will help demonstrate whether a vaccine that elicits similar antibodies or sets of antibodies can prevent HIV infection.
The promise of bNAbs for use in HIV prevention led NIAID to launch two multinational clinical trials known as the Antibody-Mediated Prevention (AMP) Studies this spring. These trials aim to determine whether giving people an intravenous infusion of VRC01, a bNAb discovered at NIAID, every eight weeks is safe, tolerable and effective at preventing HIV infection.
In addition, researchers recently have made important discoveries about the part of HIV critical to infecting human cells, a spike on the viral surface called the envelope trimer. This inherently unstable protein is also the site of the virus where bNAbs can bind. Using elegant crystallographic structures and cryo-electron microscopy, scientists have developed techniques for stabilizing the HIV envelope trimer in a conformation that would preferentially bind the powerful bNAbs that neutralize the virus. Last year NIAID researchers and NIAID grantees subsequently engineered the trimer to maintain the particular shape predicted to be most effective at stimulating the immune system to produce powerful antibodies against HIV.
HIV vaccine development has been challenging; however, the goal of developing a safe and effective vaccine that helps bring about a durable end to the HIV/AIDS pandemic is an overarching research priority. On this HIV Vaccine Awareness Day, we recognize and thank the thousands of HIV vaccine clinical trial volunteers, researchers, health professionals, advocates, and others who work in pursuit of that goal.
Media inquiries can be directed to the NIAID Office of Communications at 301-402-1663, niaidnews@niaid.nih.gov.
NIAID conducts and supports research—at NIH, throughout the United States, and worldwide—to study the causes of infectious and immune-mediated diseases, and to develop better means of preventing, diagnosing and treating these illnesses. News releases, fact sheets and other NIAID-related materials are available on the NIAID website.
About the National Institutes of Health (NIH): NIH, the nation's medical research agency, includes 27 Institutes and Centers and is a component of the U.S. Department of Health and Human Services. NIH is the primary federal agency conducting and supporting basic, clinical, and translational medical research, and is investigating the causes, treatments, and cures for both common and rare diseases. For more information about NIH and its programs, visit www.nih.gov.