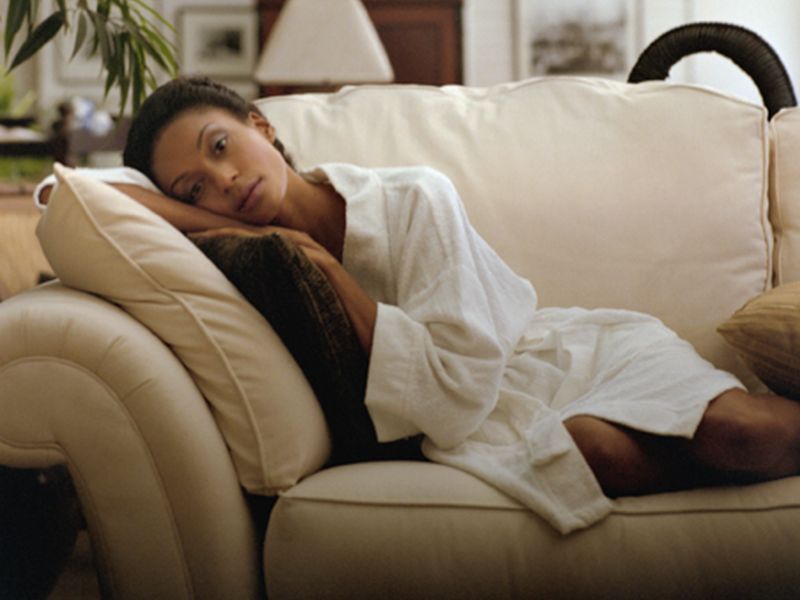 THURSDAY, May 12, 2016 (HealthDay News) -- Lithium outperforms newer mood stabilizers in the treatment of bipolar disorder, a new study has found.
Patients taking lithium had lower rates of self-harm and unintentional injury compared to those taking other bipolar drugs, such as valproate (Depacon, Depakote), olanzapine (Zyprexa) or quetiapine (Seroquel), said lead researcher Joseph Hayes. He is a fellow of psychiatry at University College London.
"This is important because people with bipolar disorder are 15 times more likely to die by suicide and six times more likely to die by accidental injury than the general population," Hayes explained.
People taking one of the alternative mood stabilizers were 40 percent more likely to harm themselves compared to patients on lithium, Hayes and his colleagues found.
And people on valproate or quetiapine were 32 percent to 34 percent more likely to fall victim to unintentional injury, most likely while experiencing a manic episode, the researchers said.
"Lithium still is the gold standard for the treatment of bipolar. We really haven't had a medication that surpasses lithium, as far as we know," said Dr. Raphael Braga. He is physician-in-charge of the Center for Treatment and Research of Bipolar Disorder at Zucker Hillside Hospital in Glen Oaks, N.Y., and was not involved with the study.
Hayes noted that lithium has been used for more than half a century to treat bipolar disorder, but it's still not clear how the drug stabilizes a person's mood.
Bipolar disorder, which used to be called manic depression, is characterized by extreme mood swings ranging from emotional highs to depressive lows.
The researchers undertook their study following evidence reviews and studies that suggested lithium might be better than newer medications at preventing suicide and self-harm.
These studies have contended that lithium achieves these results by reducing symptoms such as depression, aggression, risk-taking and impulsive behavior, according to background notes in the study.
Lithium can be hard on the body, the study authors said, increasing a person's risk of kidney and thyroid disease, but even that may have a positive side in bipolar patients. Because patients must be closely monitored for side effects, they are in more frequent contact with doctors who can pick up on emotional problems that lead to suicide, the researchers contend.
To compare lithium against newer medications, Hayes and his colleagues collected medical data on nearly 6,700 people diagnosed as bipolar and prescribed only one of the drugs -- lithium, valproate, olanzapine or quetiapine.
The investigators found that people on lithium were less likely to harm themselves, either intentionally or by accident.
The suicide rate was lower in the lithium group, but too few suicides occurred to allow accurate risk estimates, the study authors said.
The findings were published online May 11 in the journal JAMA Psychiatry.
Lithium can cause kidney disease and hypothyroidism (underactive thyroid gland), Braga and Hayes said.
Doctors need to carefully weigh benefits versus harm when prescribing lithium to people with kidney or thyroid problems, and "if these are severe, it should be avoided," Hayes said. "Lithium [also] needs to be reviewed on an individual patient basis before pregnancy."
Braga said psychiatrists often require patients taking lithium to undergo lab tests every three to six months, to make sure their kidney function hasn't been compromised.
Even with this, lithium is much cheaper than the other medications in the study, Braga said. Hayes noted a 2008 study that found lithium was nearly $500 cheaper per month compared with olanzapine.
"Lithium is a great drug," Braga said. "It's definitely a drug every clinician should think about when prescribing for bipolar disorder."
SOURCES: Joseph Hayes, M.Sc., fellow, psychiatry, University College London; Raphael Braga, M.D., physician-in-charge, Center for Treatment and Research of Bipolar Disorder, Zucker Hillside Hospital, Glen Oaks, N.Y.; May 11, 2016, JAMA Psychiatry, online
HealthDay
Copyright (c) 2016 HealthDay. All rights reserved.
News stories are provided by HealthDay and do not reflect the views of MedlinePlus, the National Library of Medicine, the National Institutes of Health, the U.S. Department of Health and Human Services, or federal policy.