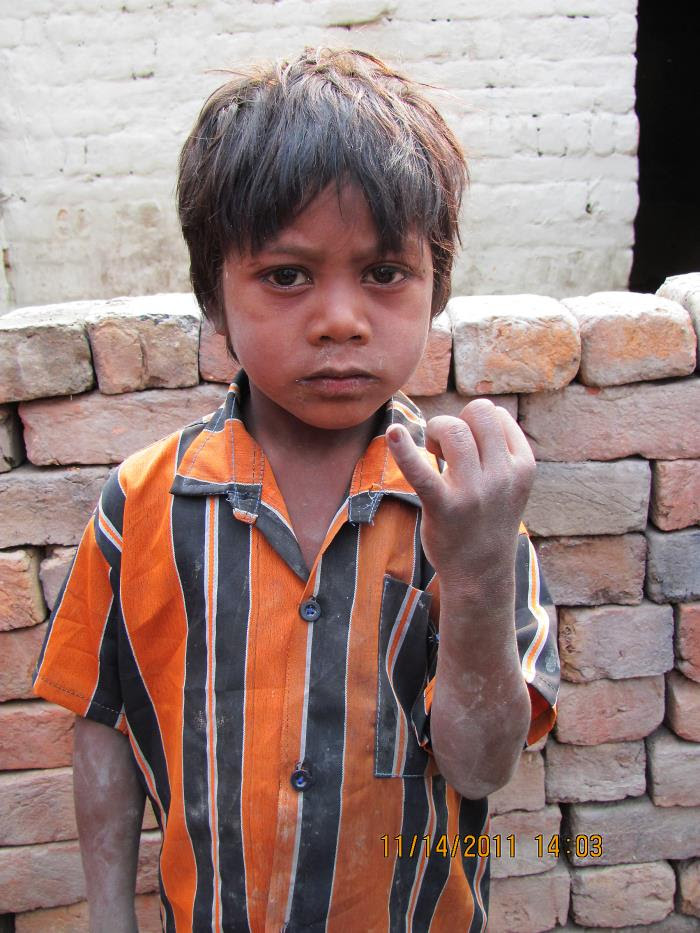 This image was captured in 2011, by U.S. Centers for Disease Control and Prevention (CDC) Health Communication Specialist, Alan Janssen, MSPH, during his tour of India, whereupon, he reviewed the communications elements of the polio eradication program in that region. The young boy pictured here, was displaying the pinkie finger on his left hand, for it had been marked with indelible purple ink after he had received his oral polio vaccination.


On March 27, 2014, Dr. Frieden and senior CDC immunization staff were present when India, along with the other 10 countries of the South East Asia Region, was certified polio-free. The country was once considered the most complex challenge to achieving global polio eradication. Four of the six regions of the World Health Organization have been certified polio-free: the Americas (1994), Western Pacific (2000), Europe (2002) and South East Asia (2014). 80% of the world’s people now live in polio-free areas.
Right click here and select "Save Target As..." for hi-resolution image (11.65 MB)


None - This image is in the public domain and thus free of any copyright restrictions. As a matter of courtesy we request that the content provider be credited and notified in any public or private usage of this image.
Publicado por salud equitativa en 6:53