This web page provides a brief overview of how CDC’s Antibiotic Resistance Threats in the United States, 2013 report

[PDF - 76 pages] connects antibiotic resistance to foodborne and other enteric germs in animals, food, and humans.
In the report, CDC calls for four core actions to fight antibiotic resistance:
The report includes 2-page fact sheets on 18 drug-resistant threats that are ranked in categories of urgent, serious, and concerning.  The urgent threats are CRE, C. difficile, and drug-resistant gonorrhea.
Foodborne infections cited in the report are drug-resistantCampylobacter

[PDF - 114 pages] and are ranked under the serious category. 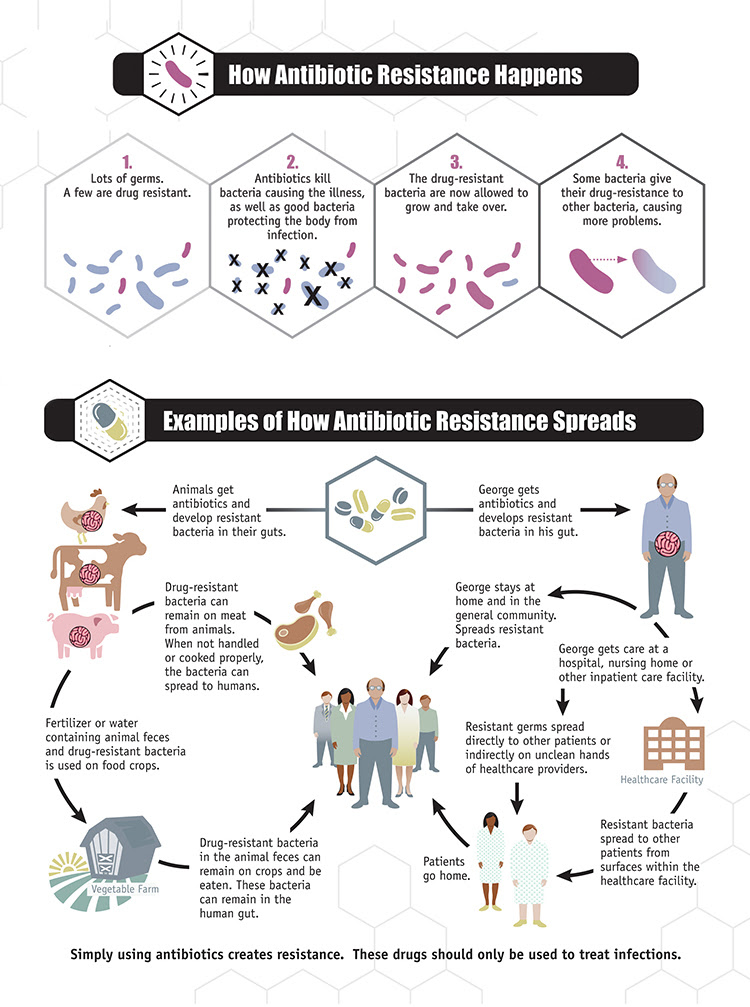 [PDF - 114 pages]
Each year, millions of people in the United States become sick from foodborne and other enteric (gastrointestinal) infections. While many of these infections are mild and do not require treatment, antibiotics can be lifesaving in severe infections. Antibiotic resistance compromises our ability to treat these infections and is a serious threat to public health.1
Top of Page

There is concern that use of antibiotics in any setting can select for resistance in other bacteria that do not themselves cause disease, but that can share those resistance genes with bacteria that do.
The origin of resistant genes is often not known, but they can sometimes naturally be in germs in soil. The selection process that makes them more common happens in settings where antibiotics are used a lot: hospitals, the community, and food animal production.

Antibiotic Use in Agriculture

“Resistant bacteria in food-producing animals are of particular concern because these animals serve as carriers.” Threats report
More

“There are commonalities in how to counter things in terms of prevention and outbreak control, detection and stewardship, but there are important differences.” says Dr. Thomas Frieden.
Scientists around the world have provided strong evidence that antibiotic use in food-producing animals can harm public health.1 Resistant bacteria can contaminate the foods that come from animals that serve as carriers of resistant bacteria, and people who consume these foods can develop antibiotic-resistant infections.1
It is important to have a better understanding of the flow of resistant genes—from the hospital ward to our communities, from one country to another, and from farms to people.
We are beginning to track the movement of the genes themselves using molecular methods. For example, the same exact gene in Salmonella from food animals has been found in meat and poultry bought in grocery stores and in sick people.3
Top of Page

Why is this important? 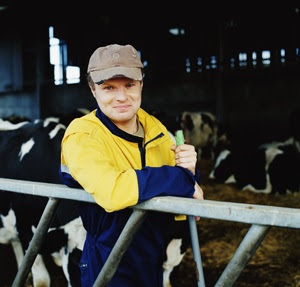 What can we do?

Antibiotics must be used judiciously in humans and animals because both uses contribute to not only the emergence, but also the persistence and spread of antibiotic-resistant bacteria.1
Preventing the spread of antibiotic resistance can only be achieved with widespread engagement, especially among leaders in clinical medicine, healthcare leadership, agriculture, and public health.1
Top of Page

In the media:
Top of Page