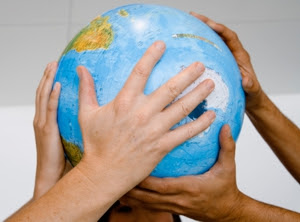 World Cancer Day unites the world in the fight against cancer.

On February 4, CDC joins people, organizations, and government agencies around the world in taking a proactive approach to the fight against cancer, highlighting solutions that are within our reach. The fight against cancer is not beyond us.
Each year globally, about 14 million people learn they have cancer, and 8 million people die from the disease. Research suggests that one-third of cancer deaths can be prevented, but sometimes services and technologies are not widely available, especially in low- and middle-income countries.

Skin cancer. By focusing on known prevention methods, countries have made major progress in the global fight against skin cancer. Indoor tanning can cause skin cancers, including melanoma (the deadliest type of skin cancer), basal cell carcinoma, and squamous cell carcinoma. In 2009, Brazil became the first country to ban indoor tanning. Many areas have placed restrictions or outright bans on use of tanning beds. In December 2014, Australia’s nationwide ban took effect, with the goal of reducing the high rates of death from skin cancer.
Cervical cancer. Almost all cases of cervical cancer can be prevented with vaccination against human papillomavirus (HPV) and regular screening tests and follow-up. In areas where women are rarely or never screened, self-collection of samples is an important screening method. Argentina has taken a door-to-door approach to reduce high cervical cancer death rates. Community health workers in the Jujuy province delivered self-collection kits to women at their homes and taught them how to get a sample for HPV testing. Screening uptake was four times higher for women in this program compared to others in the community. Community health worker programs will be expanded to other provinces to increase screening nationally.
Cancer registries. In 2014, the International Agency for Research on Cancer (IARC) published new guidelines to help low- and middle-income countries set up cancer registries and monitor data quality. By developing regional hubs, countries can receive local training and technical help. Population-based cancer registries provide important information about cancer in a region: the number of people affected, the stage of cancer they have, and what kind of treatment they get. This kind of information can help public health leaders understand which programs need funding the most.
China has greatly increased the number of cancer registries to help track the country’s growing number of people with cancer. China has developed more than 250 registries in both rural and urban areas. With the help of the Global Initiative for Cancer Registry Development, other countries in the area, such as Mongolia, Sri Lanka, and Indonesia, are planning population-based cancer registries.

While most of CDC’s cancer programs focus on the United States, CDC’s Office of International Cancer Control is also working on projects to prevent and control cancer around the world. CDC’s global efforts focus on working with agencies like the World Health Organization, the American Cancer Society, and IARC to—
Publicado por salud equitativa en 4:01