By Sally Robertson, B.Sc.Feb 6 2019Reviewed by Kate Anderton, B.Sc.
For the first time, scientists have identified sedentary behavior as a contributory factor in the dramatic rise in colorectal cancer (CRC) among people under the age of 50. The study specifically looked at TV viewing time and the incidence of CRC. 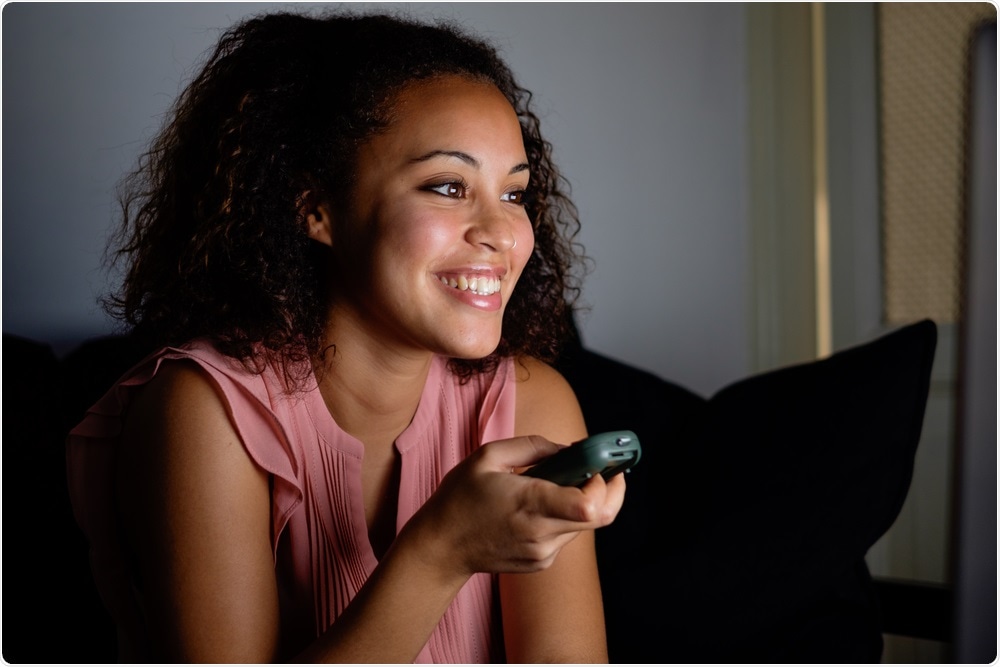 Sedentary lifestyle is one of the risks factors that is often overlooked. This study may help identify those at high risk and who might benefit more from early screening.”
Yin Cao, Study Author

The incidence of CRC has increased dramatically among those age 20 to 49 years in the U.S, Europe, and Asia.
Early-onset CRC is typically diagnosed at a more advanced stage and a rise in diagnoses lead to the American Cancer Society recently recommending that screening should begin at the age of 45, rather than 50.
Now, Long Nguyen (Massachusetts General Hospital and Harvard Medical School) and colleagues have analysed TV viewing times and other sedentary lifestyle behaviors among 89,278 American women. The subjects were aged between 25 and 42 years at the start of the study, in 1991, and were followed for 22 years.
As reported in the journal JNCI Cancer Spectrum, 118 women were diagnosed with early-onset CRC over the two-decade follow-up period.
The study found that just one hour of TV watching per day was associated with a 12% increased risk of developing the young-onset CRC, a figure that rose to an astonishing 70% when the women viewed TV for two or more hours a day.
The association remained even when factors such as exercise and BMI were taken into account.

The fact that these results were independent of BMI and physical activity suggests that being sedentary may be an altogether distinct risk factor for young-onset colorectal cancer.”
Yin Cao, Study Author

Cao adds that reducing sedentary behaviors, particularly TV watching, may be an effective, low-risk, and actionable risk reduction measure.
“Targeted identification of those most at risk is critically important to help mitigate this rising burden. This study may help identify those at high risk and who might benefit more from early screening,' concludes Cao.
Publicado por salud equitativa en 10:22