By Kate Bass, B.Sc.Feb 22 2019Reviewed by Kate Anderton, B.Sc.
Advances in medical treatments and prevention strategies have dramatically decreased mortality from coronary heart disease over the past 40 years. However, a recent study found that heart attack rate is increasing in younger women. 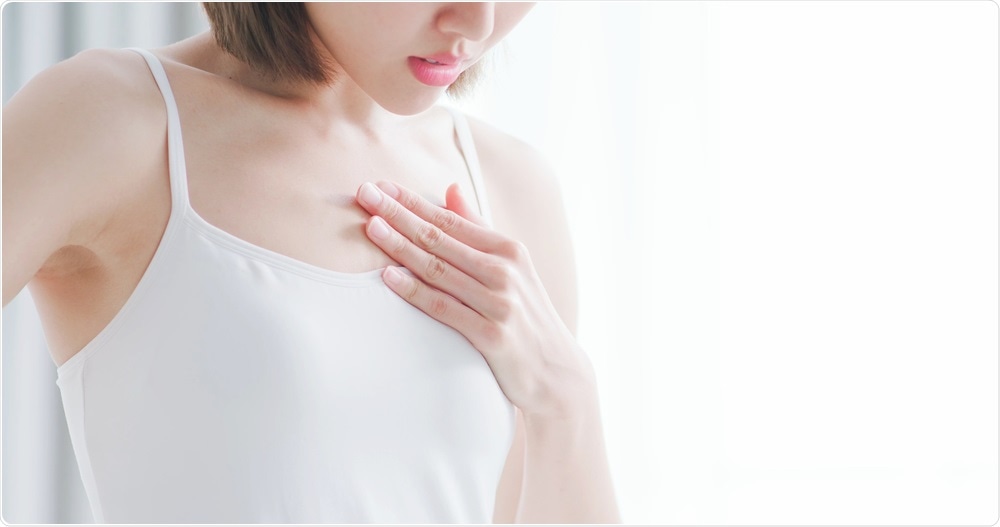 aslysun | Shutterstock
The overall heart attack rate remains higher in men, but fatalities are more common among women.
Cardiovascular disease is the leading cause of death globally for both men and women, but women are more likely to die of a heart attack than men. This is thought to stem from the fact that women suffering a heart attack often do not experience the characteristic symptoms.
Women may present with an unpleasant ache, which is easier to ignore rather than the intense chest pain commonly associated with heart attack.
Consequently, the early signs of a heart attack are usually missed in women, so treatment is delayed, and the heart sustains more damage.
Physiological differences have also been observed between men and women having a heart attack. A heart attack is most commonly the consequence of cardiac ischemia due to blocked coronary arteries.
However, in more than half of women with ischemic heart disease, blockages are found in the smaller blood vessels within the heart. These blockages do not show up on an angiogram, which is typically used to diagnose cardiac ischemia.
Even more worrying is the finding that the incidence of heart attack among women aged less than 55 years is increasing. The heart attack rate among younger women is higher than it was 20 years ago, yet the rate has improved in younger men over the same time.
The Atherosclerosis Risk in Communities (ARIC) Surveillance study reviewed almost 29,000 hospitalizations for acute myocardial infarction in four US communities between1995 and 2014. Overall, around a third of these were in young patients aged 35 to 54 years.
Admissions for young patients steadily increased from 27% in 1995 to 1999 to 32% from 2010 to 2014, with the largest increase observed in young women.
A fifth of admissions between 1995 and 1999 were women aged 35‑54 years. This rose to almost one third between 2010 and 2014. A fall in the number of heart attacks was seen among men aged 35‑54 years over the same period.
It has been postulated that the higher incidence of comorbidities in women than men, such as hypertension (73 vs 59%) and diabetes mellitus (35 vs 25%) may have contributed to the difference in the incidence of heart attacks.

Young women have a higher prevalence of obesity than men in the same age group…Obesity can be a risk factor for high blood pressure and diabetes, and all three can lead to a higher risk for heart attack."
Dr. Melissa Caughey, Senior Researcher

In addition, the study found that women hospitalized for heart attacks were 21% less likely than men to receive therapies to open clogged arteries and up to 17% less likely to be prescribed a preventative treatment, such as an anticoagulant, as recommended in treatment guidelines.
The increasing incidence of young women hospitalized for myocardial infarction, together with the higher fatality rate in women highlights the need to target primary prevention and improve cardiovascular health in women to prevent these adverse trends continuing.
For example, women should be encouraged to ensure that they get at least 150 minutes of exercise every week to reduce the risk of obesity and high blood pressure.
Furthermore, greater awareness of gender differences in heart attack aetiology is needed to ensure that women suffering cardiac ischaemia receive the best treatment.
Source:
Arora S, et al. Twenty Year Trends and Sex Differences in Young Adults Hospitalized With Acute Myocardial Infarction. Circulation. 2019;139:1047‑1056.
Publicado por salud equitativa en 10:01