By Antonia Stanojević, BA, MA
Dissociative identity disorder (DID) is a complex and chronic psychological condition characterized by alterations of identities and disruptions in consciousness. 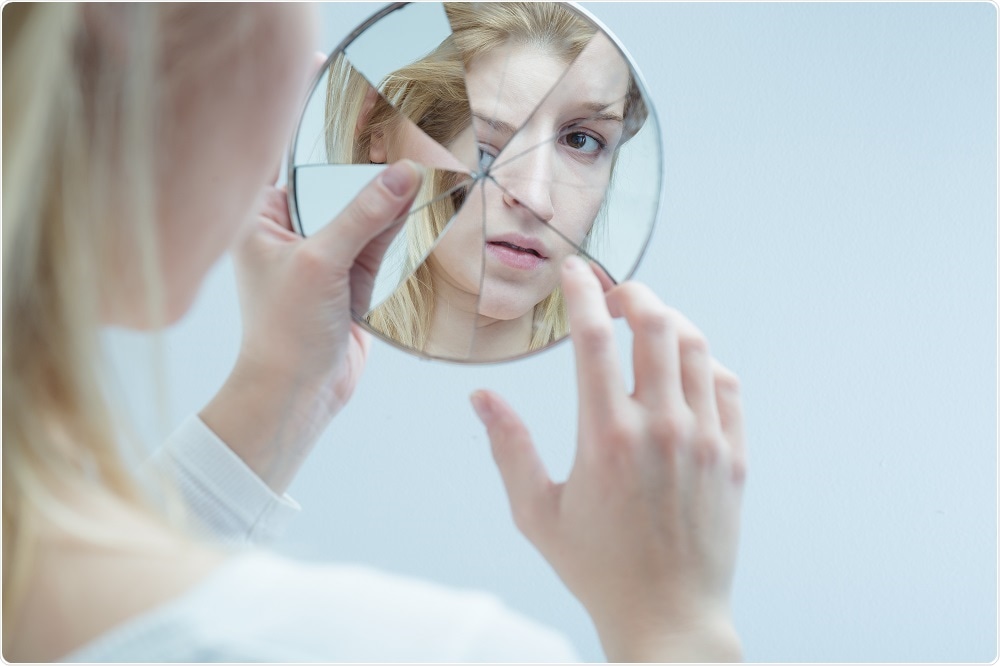 Credit: Photographee.eu/Shutterstock.com
The prevalence of DID the general population is less than 1%. Although it is still often referred to as multiple personality disorder, it was re-classified in 1993 as dissociative identity disorder.
According to the latest Diagnostic and Statistical Manual of Mental Disorders (DSM–5), DID is classified as one of the dissociative disorders, alongside depersonalisation disorder, dissociative fugue, dissociative amnesia, and dissociative disorder not otherwise specified.
This cluster of disorders is characterized by disruptions in the usually integrated functions of consciousness, memory, identity, or perception of the self and the environment.

The DSM 5 lists five diagnostic criteria for DID:
Apart from the listed symptoms necessary for diagnosis of DID, most people with DID have a mix of dissociative and posttraumatic symptoms, as well as non-trauma related symptoms. In fact, people with DID will typically be  diagnosed with five to seven other comorbidities, in addition to the primary condition. .

The causes of DID have been widely debated in the past and remain highly controversial. There are two main opposing models: the sociocognitive model and the trauma model of dissociation.
The trauma model
The trauma model attributes the development of DID to childhood trauma (e.g. sexual, physical or emotional abuse; witnessing death of a parent, war, accidents or natural disasters). While such traumatic events in adults usually trigger post-traumatic stress disorder (PTSD), traumatic events at a young age, when the personality is still developing, might cause DID.
Children compartmentalize the traumatic memories, or imagine as if they happened to someone else. Therefore, multiple personalities may emerge as a coping mechanism. About 90% of people with diagnosed DID report they had been victims of childhood abuse and neglect.
Some research suggests that protective factors in the midst of childhood trauma are crucial in determining whether a child develops DID or not. For example, if children are not consoled after trauma and have to comfort themselves instead, and if they lack social support or are not securely attached, they are more likely to develop DID.
The sociocognitive model
According to the sociocognitive model, DID is not a valid psychiatric disorder of post-traumatic origin; rather, it is a creation of psychotherapy and portrayals of DID in the popular culture. This approach posits that DID is iatrogenic, meaning it is caused by medical examination or treatment.
This explanation suggests that patients portray the role of someone who suffers from DID after that role had been imposed on them. Indeed, it has been found that individuals with DID diagnoses are highly suggestible.
For example, if a therapist uses hypnosis to retrieve traumatic memories, access other personalities, or suggest in any other way that they suspect DID, some patients might develop symptoms of DID as a response to these suggestions.
Other arguments supporting the sociocognitive model include the fact that only a handful of doctors are responsible for the majority of the reports, and that the most severe dissociative symptoms usually appear after undergoing therapy with DID specialists. However, this model has been widely disputed by recent research.
Current perspectives
The current consensus seems to favour the trauma model, but incorporates some elements of the sociocognitive model. Namely, it is now widely accepted that childhood trauma causes DID.
Still, the importance of suggestibility is recognized, so it is also widely accepted that dissociation that had been caused by overwhelming early developmental experiences can be structured and shaped by a variety of psychological, social and cultural factors, including psychotherapy.

DID is quite controversial not only when it comes to its origins, but also in its manifestations. Even though some scholars virtually deny its existence, brain imaging studies have actually captured identity transitions in some patients.
Moreover, physiological differences have been documented between the dissociated identities in the same body, such as optical ability differences, different reactions to medications, allergic reactions and seizures. Thus, despite all the controversies, DID provides an important opportunity for research of the mind-body connection and consciousness.

The treatment of DID can be long-term and difficult, but can greatly increase the patient’s quality of life. Since DID is a rare and specific condition, it should be treated by a therapist specialised in dissociative disorders.
Goals of treatment can differ: from improving coping mechanisms, functionality and relationships, to integrating all dissociated identities. Usually a combination of psychotherapy, hypnotherapy and pharmaceutical treatment is used.
Reviewed by Kate Anderton, BSc