Very long linear macromolecules can occur as fluid polymers at temperatures above their point of crystallization. These are commonly referred to as polymer melts and are key ingredients in many modern materials, not least because they demonstrate a broad range of viscoelastic behaviors. 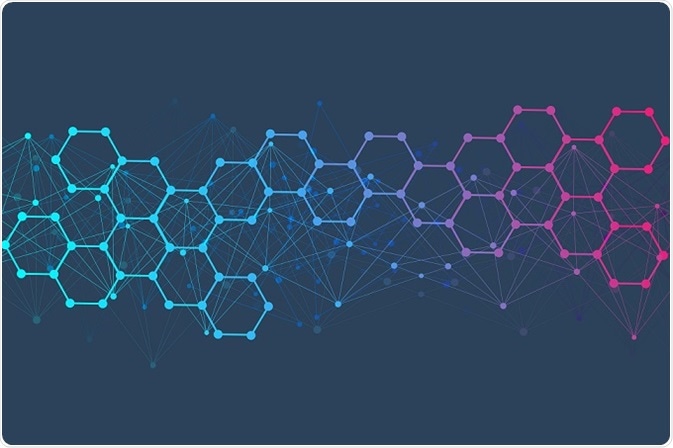 © pro500/Shutterstock.com
In polymer melts, the long macromolecule chains are heavily overlapping and their elastic properties were initially attributed to temporary entanglement of the chains and transient cross-linking or friction between chains. However, it is now believed that physics of entanglements is more complicated and typically understood through the tube model.
According to Edwards’ tube model of entangled polymer networks, transverse motion of a polymer is restricted by the surrounding chains with the result that each polymer chain is effectively confined within a tube-like region1. Furthermore, the unique viscoelastic properties of polymer melts can be modified by changing the tube length, which removes the dependence on molecular weight.
It is now widely accepted that the dynamics of entangled polymers, which span a wide range of coupled time and length scales, govern the unusual properties of polymer melts. However, the majority of studies probing the dynamics of polymer melts have used computer simulation or macroscopic evaluation. It has proved extremely difficult to obtain evidence within a microscopic framework.
In the course grained models commonly used in the study of the dynamics of entangled liquid polymers, the interactions (which are often only repulsive interactions) are truncated at very short distances. This may well be adequate at sufficiently higher temperature when chain mobility is likely to be independent of the range of potential, but this cannot be true at lower temperatures when the strength of the attractive interactions will exceed the thermal energy.
Primitive-path analysis has also proven helpful in predicting the dynamics of polymer melts from computer simulations and many theoretical works support the tube model. However, direct visualization of the dynamics remained elusive.
Use of nuclear magnetic resonance (NMR) imaging techniques have been hindered by the fact that they are directly sensitive to the anisotropy of segmental orientation fluctuations as imposed by the entanglements, which leads to solid-like effects on the NMR signal due to residual anisotropic interactions.
Multiple-quantum NMR (MQ-NMR) has proven to be a powerful tool for investigating chain dynamics and cross-linking of polymer networks. The technique thus appeared a promising strategy for directly assessing tube model predictions in polymer melts.

MQ-NMR is an advanced form of time domain NMR.
Time domain NMR measures the time required for nuclei to return to equilibrium after excitation, rather than the energy released as in NMR spectroscopy. The technique uses a less powerful magnetic field than NMR spectroscopy, and so can be performed using a compact, low-field NMR spectrometer. Furthermore, the data are readily interpreted without the need for in-depth understanding of chemistry and physics. This means the technology is readily accessible. Although time domain NMR does not provide the same level of atomic or spatial resolution as NMR spectroscopy, it is still a powerful and versatile analytical tool.
MQ NMR assesses two or more spin states in a linked system that has the same transverse magnetisation. Since the two (or more) spin sites are linked, the chemical shift changes for the two spins resulting from transitions between the sites will be correlated. This correlation gives rise to exchange effects that can either broaden or narrow resonance line-shapes.

Analyzing the structure of polymer melts

The dynamics of well-entangled linear polymers, poly(butadiene), poly(isoprene), and poly(dimethylsiloxane), in a broad molecular weight range have been studied by MQ NMR using a Bruker benchtop Minispec mq20 NMR spectrometer2,3. The method provided a direct time-domain measurement of the segmental orientation autocorrelation function over many decades, based on time-temperature superposition. The distribution of cis:trans:vinyl units in the poly(butadiene) samples was determined by 1Hmagic-angle spinning NMR in a Bruker Avance II 400 MHz spectrometer.
Using time-temperature superposition, chain motions of the linear polymer samples were studied over many orders of magnitude in time in terms of a segmental orientation autocorrelation function.
The data showed transition times to follow the expected molar mass scaling. The chain-end fraction decreased as either the temperature or molecular weight increased. However, they also revealed that the 'tube' constraints to chain mobility was not constant. Instead it was found to be a dynamic boundary governed by the matrix rather than by the chain itself.
The apparent deviation between the data obtained in this research and the widely accepted tube model may indicate a shortcoming of tube models and provide the basis for future refinements. The study also serves to highlight that multiple-quantum NMR is a powerful and readily available technique for the quantitative study of the dynamics of highly entangled polymers.