By Dr Ananya Mandal, MDMay 16, 2018
UCLA neuroscience researchers have successfully transferred the memory of one animal to another via injections of RNA. This futuristic study has made possible hopes for similar transfers among higher animals too including humans. The study also provides understanding about the ways in which the brain stores memories and could be the next big thing in memory loss, dementia and related diseases. 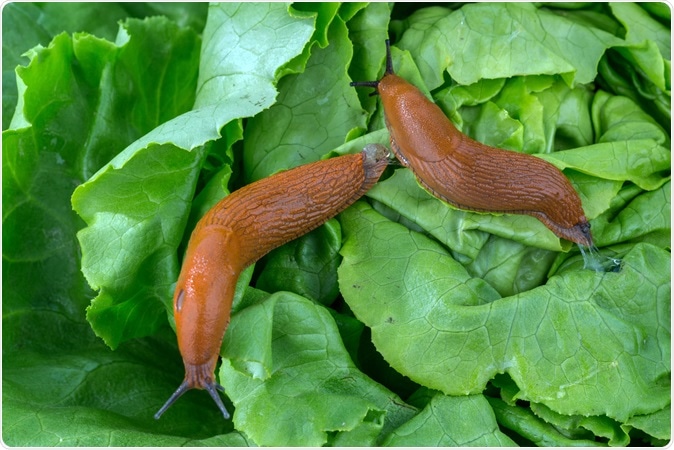 Image Credit: Lisa S. / Shutterstock
The study was published in the online journal eNeuro that is the online publication of Society for Neurosciences.
The study led by scientist David Glanzman works with RNA transfers and provides understanding of these genetic materials in memory and learning. Experts are sceptical about the research though because the brains of the slugs are much simpler in comparison to higher animals and humans and it could be a distant possibility to imagine same could be done for humans. This new study was funded by the National Institutes of Health and the National Science Foundation.
For the experiment the team gave mild electric shocks to marine snail Aplysia californica. These snails quickly learned to withdraw their siphons and gills when they were shocked. This lasted for up to a minute and was clearly a defence manoeuvre. The manoeuvre was repeated when the snail was mildly touched as well. Snails that were not shocked earlier withdrew their siphons and gills briefly when touched. This indicated that the shocked snails had memories of the shocks.
Next the researchers extracted RNA from the nervous systems of these snails that had been shocked. They injected this RNA into snails that had not been shocked. They also injected some unshocked snails with RNA from other unshocked snails. The results showed that the unshocked snails that received RNA from the shocked snails were ones that withdrew for longer durations when confronted with a soft touch compared to those that were unshocked and received RNA from unshocked snails. This meant that the memory of the electric shocks were transmitted from the shocked snails to the unshocked and un-exposed snails.

RNA works as messenger and a template for protein formation. Till date synapses and connection between neurons have been the basis for memory and learning. This is a new concept in memory and learning that is being explored say researchers. Glanzman said about the results, “It’s as if we transferred a memory”.
As a next step the team took the sensory neurons of the snails in petri dishes. They found that neurons of the snails that have been shocked are more excitable compared to the neurons of the snails that have not been shocked. Glanzman said that the memories seem to be stored within the nucleus of these neurons where these RNA can stimulate or block the actions of the genes by turning them off or on. He explained that the changes within the neurons is mediated by the RNA as seen by this experiment. He said that although several researchers would disagree, he is convinced that memories may remain even if the synapses come and go. This has to mean that the memories are stored in some form within the nucleus.
Source:
http://www.eneuro.org/content/early/2018/05/14/ENEURO.0038-18.2018
Publicado por salud equitativa en 8:28