What are parthenogenetic haploid human pluripotent stem cells (hPSCs)? How do they differ from normal embryonic stem cells?

Pluripotent stem cells are those that are located in the inner cell mass of the early embryo. They are present within the first week of development and can develop into virtually any adult cell type in the human body. 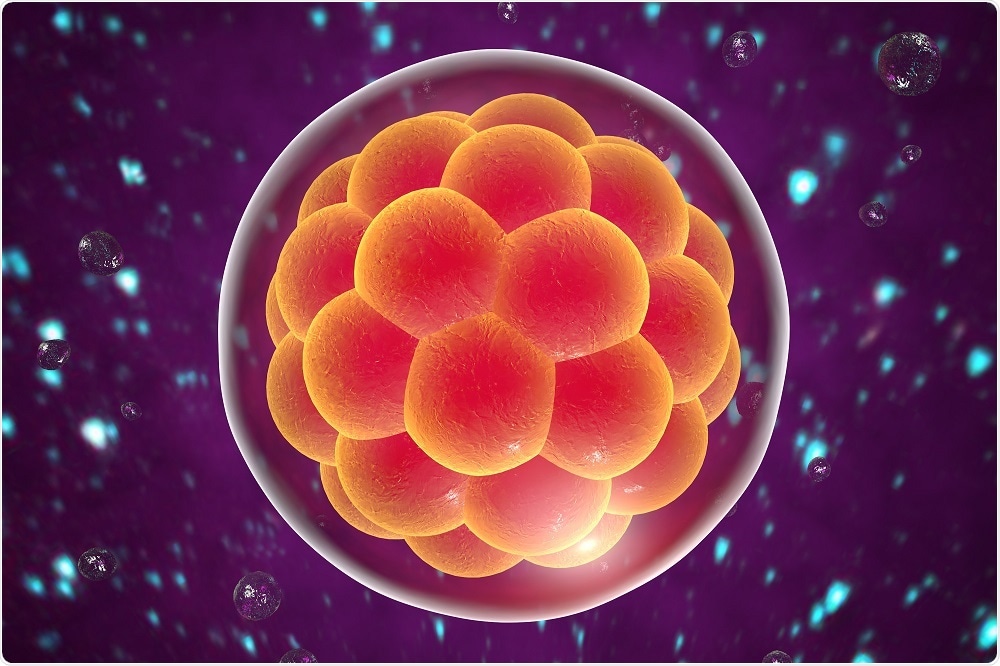 Credit: Kateryna Kon/Shutterstock.com
Ploidy refers to the number of chromosomes present. Normal embryonic stem cellscomprise two sets of chromosomes, one from the mother, and one from the father. Haploid cells contain a single copy of the genome, from one parent.
Parthenogenetic haploid human stem cells are those which contain only the maternal copy of the genome. They are generated using human oocytes which are activated chemically or using electrical stimuli. By activating these oocytes we can obtain early embryos which would otherwise fail later on and isolate the resulting pluripotent stem cells.
Overall, parthenogenetic haploid human pluripotent stem cells are very similar to diploid human embryonic stem cells in the genes that they express and their capacity to differentiate.
However, there are some minor differences.
For instance, diploidy allows for genomic imprinting. This is where only the maternal or paternal copy of the gene is expressed. Often, the expression of these genes is controlled by the dominant allele, so parthenogenetic haploid human pluripotent stem cells lack paternally inherited alleles because there's no contribution from the sperm (and therefore the father) in these cells.
Another interesting difference with these cells is that normal diploid embryonic stem cells which are, let's say female, will include two X chromosomes. However, because these are haploid cells, only one X chromosome originating from the oocyte is used.
As this is the only X chromosome, there’s no option of deactivating it, which somewhat raises the expression of the X chromosome relative to the rest of the genes. The ratio of X chromosome genes versus the autosomes is thus higher in haploid human embryonic stem cells.

Please describe the methodology you used to create the hPSCs.

The oocytes are tricked into the fertilization process. This involves extracting mature metaphase two oocytes from human donors which were activated using either chemical methods, such as calcium ionophores, or electrical pulses.
Following this, the cells start dividing in order to generate the early embryo. The embryos, or the oocytes, are then allowed to develop up to the blastocyst stage of the embryo, which contains the inner cell mass, from which we can isolate the embryonic stem cells.

How were you able to prove that the hPSCs were pluripotent?

Derivation and differentiation of haploid human embryonic stem cells.
Pluripotent cells are those which can differentiate into any adult cell type in the human body. Proving it involves the generation of multiple cell types from the same hPSC line and this is exactly what was done in the study we published in Nature two years ago.
We showed that the cells were able to differentiate into examples of the three main germ layers of the embryo; endoderm, ectoderm and mesoderm, as well as specific cell types from each germ layer.
Our study also showed these cells could not only differentiate into specific cell types, but they were also able to retain their haploidy during differentiation. This was interesting to observe as it directly contrasted what was previously shown in a mouse model.
A few years ago, these isolated cells were injected into animals for an assay called teratoma formation. Teratoma assays are one of the best assays for demonstrating the pluripotency of cells. The assay enables cells injected into mice to differentiate in vivo in a tissue environment.
Once teratoma tumours form, they are checked to see whether any pluripotent cells remain in the tissue, or whether all of them were able to differentiate into a germ layer.
When this assay was carried out, nearly all of the cells were found to have differentiated and the expression of pluripotency markers had diminished.

Why are hPSCs such an advancement in research?

hPSCs are an efficient tool for studying gene function. Haploid cells only have one copy of each gene, and if that single copy is mutated there won't be any backup to confuse the readout of the experiments. Therefore, it is a very clean system for deactivating genes and studying their function.

Advanced developments in genetic technologies, such as CRISPR/Cas9, allowed us to target every single gene in the human genome, and study their function in the context of the growth of human embryonic stem cells.
We were able to establish which out of the nearly 20,000 genes in the human genome supports the growth or the survival of these cells, and which proportion puts them at a disadvantage. Think of it as a Darwinian experiment in which we took a large pool of cells and mutated a different gene in every single cell.
Using a large gene-editing tool, we reached close to the full human genome and targeted more than 18,000 genes. We turned them off throughout different cells and allowed the cells to grow.
We analyzed the cell populations at the beginning and the end, and found that around nine percent of the entire human genome is essential for the normal growth and survival of human embryonic stem cells. Removing this percentage of roughly 18,000 genes would thus be detrimental to cell growth.
Meanwhile, another finding showed that if a different five percent of genes are removed, cells experience accelerated growth, meaning they restrict the growth of these cells when functioning normally.
Defining essential genes for human pluripotent stem cells by CRISPR–Cas9 screening in haploid cells.
This is the general view of the study, though we also found that one fifth of the genes that cause autosomal recessive human disorders with a growth retardation phenotype are essential for the normal growth of the human embryonic stem cells.

How did you use CRISPR-Cas9 in your research?

We utilized a CRISPR-Cas9 tool set that was generated in a previous study. We had roughly ten guide RNAs for each gene we targeted, meaning we used a pool of 180,000 different guide RNAs in total. The guide RNAs were introduced into the cells using a lentivirus.
We were the first to use karyotypically normal cells with a stable genome, giving more medical meaning to this study. Using the CRISPR/Cas9 and gene editing technology on haploid embryonic stem cells was another novel feature of our research that sets it apart from previous studies.

What areas of research can the newly generated “atlas of the human genome” be applied to?

There are many groups in several institutions that work on the functions of single genes. What we did here was basically generate this atlas of the human genome, which describes the necessary genes for embryonic development.
Let’s say someone is working on a gene that we identified to be essential for the growth of any cell type. Using our data, they could easily find out the function of that gene and use it as a starting point for their research.
Secondly, studies regarding certain human genetic disorders with growth retardation phenotypes might benefit from an additional cell culture model because, as I said earlier, we showed that for around one fifth of such human genetic disorders, the genes causing these disorders affect the growth of the human embryonic stem cells.
This means we can use embryonic stem cells to study the growth phenotypes of these diseases instead of trying to differentiate the specific cell types affected in that disease.
Furthermore, even though recent decades of research have identified lots about pluripotency, we still don't have a complete picture. I think our research will help achieve a comprehensive understanding of pluripotent stem cells. Aside from clinical applications, we also want to use hPSCs to understand early human development from a basic science point of view.
Our study has established a smaller group of genes that are specifically expressed in human embryonic stem cells, and identified the genes or gene networks needed to be pluripotent. This is a very important step towards understanding pluripotency on the genetic level and what networks are necessary for developing this plastic nature. 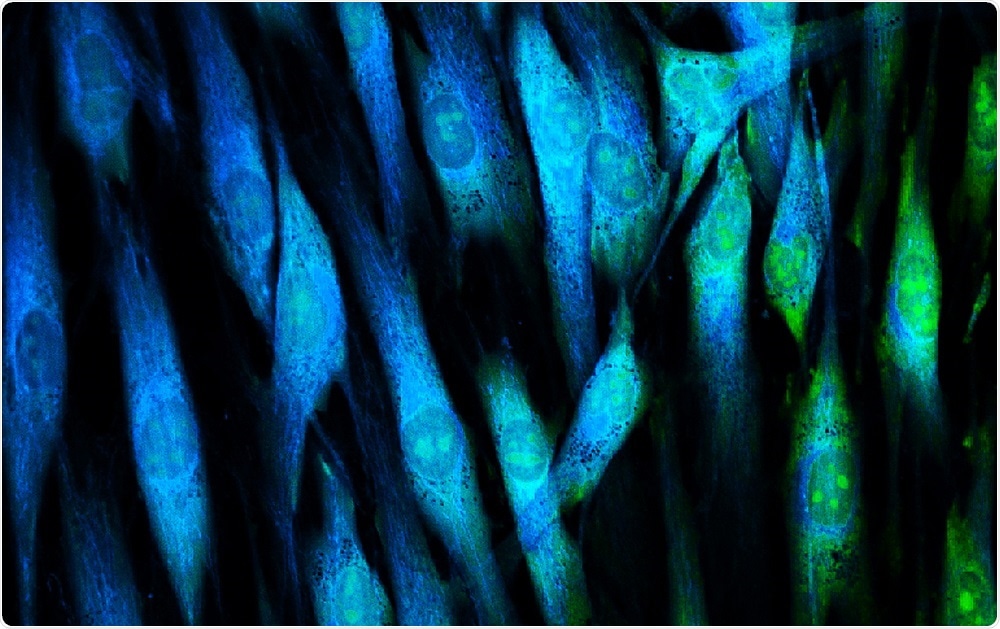 Research always opens up more questions and we're lucky to have so much data from our research and so many leads to follow. Some of the essential genes that we defined specifically for human embryonic stem cells were either not adequately characterized or not characterized at all before our study. Now, we want to learn more about their function and their effects on pluripotency.
We have also developed a tool to study and explore genetic screens. Positive selection screens have a big pool of mutant cells each with a different mutation, and then a drug, such as a toxic drug used for chemotherapy for example, is used which kills most of the cells. Those that survive will have some sort of resistance because of the mutation.
By running such genetic screens, we can identify mechanisms of different drugs that are used in medicine. For instance, we could use the tool as a model to study chemotherapy resistance, or the developmental roles of particular genes in the embryo. 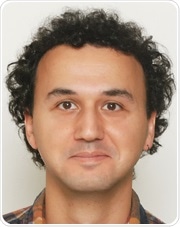 Atilgan is a postdoctoral fellow at the Azrieli Center for Stem Cells and Genetic Research at the Hebrew University of Jerusalem.
He completed his doctoral studies at the Department of Molecular Biology, Cell Biology and Biochemistry at Brown University working on a therapy model of Duchenne Muscular Dystrophy and a novel cell signaling pathway in muscle cell progenitors and differentiated muscle cells.
Following his doctoral studies, he moved to the Department of Biosystems Science and Engineering at ETH Zurich to pursue a postdoctoral position in which he explored the reversal of cell state in differentiated muscle cells by either genetic or pharmacological induction.
His current research focuses on understanding pluripotency and cell-state transitions during early human development.
Publicado por salud equitativa en 12:27