Your presentation at Pittcon 2018 focussed on Mass Spectroscopy (MS) based high-throughput screening for drug discovery. What are the current challenges associated with screen samples?

Acoustic mass spectrometry offers us the ability to screen very, very quickly in a very clean way. This is a huge benefit for the high-throughput screening community. As a result, we are able to have a direct measurement of substrate to product conversion, and that's great because we don't have to buy extra reagents. We also don't have to buy labels, which obviously add cost. Higher costs mean we can only screen a reduced number of samples. So, keeping the cost down is important for us too. 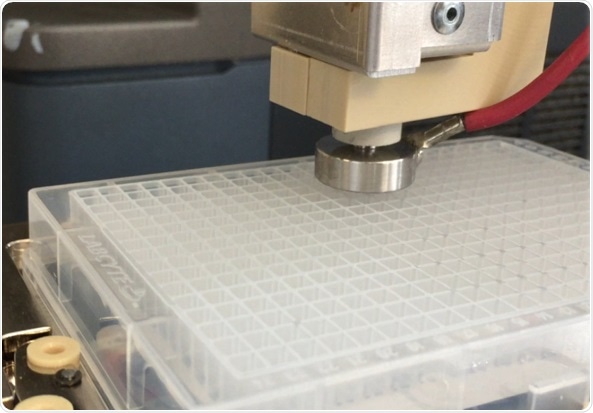 In a recent paper co-authored by yourself and Mattias Rohman, you describe the use of RapidFire™ coupled to a triple-quadrupole MS for high-throughput screening. How does this compare to traditional liquid chromatography for electrospray ionization (ESI)?

In the high-throughput screening space, the RapidFire platforms that are now marketed by Agilent are considered to be state of the art for high-throughput screening. It is because they are using a simple solid phase extraction methodology, rather than an LC, that means they can process a sample every eight to ten seconds. However, even at that speed, it's really not fast enough. Of course, taking away the LC component, to a certain extent also demystifies some of the technology around mass spectrometry and makes it a little bit more user friendly as well.

Can you please tell us about your collaboration with Labcyte and Waters to build a prototype high throughput mass spectrometry platform?

What modification have you made to the acoustic dispenser and what have been the benefits?

Fundamentally, we've taken the LabCyte 555 and essentially taken the transducer from inside and brought it outside the instrument, then coupled this to a plate transfer system so that the plate can now move around over the top of this transducer.
The frequency of the transducer has been tuned and the power offset is subtly different from a standard two and a half nanoliter droplet. This enables us to generate a droplet that's much smaller and therefore more straight forward to ionize. It also gives us better signal in the mass spectrometer itself.

What is the Echo-MS system and what sampling speeds have you been able to obtain?

By coupling the acoustic front end to a standard time of flight or triple quad mass spec, we can achieve throughputs of around three samples per second. When you compare it to the state of the art electrospray system, the RapidFire, which processes samples once every eight to 10 seconds, it gives us a considerable speed advantage. At that sort of throughput, we're able to process more than 100,000 samples per day and half a million samples per week.

What level of sample screening do you hope to achieve at these levels?

Well so far, within AstraZeneca, we've been able to use this technology even though it is still in its prototype stage to support our high-throughput screening campaigns. Last year we ran a full collection screen, 2.2 million samples, and today we've probably processed around about 5 million samples through the platform. This is something we've never been able to do in the past with a single MS system. 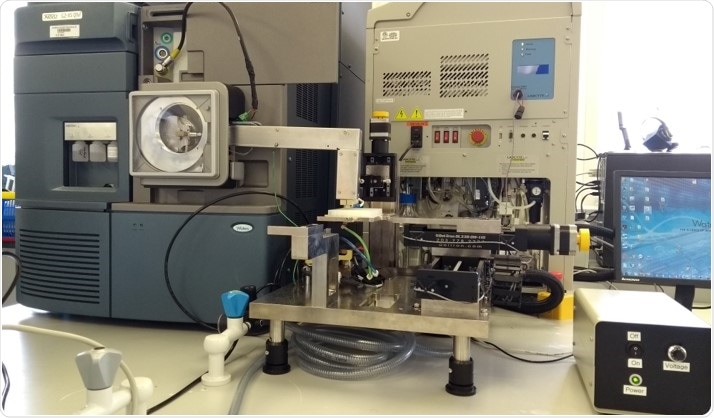 Why is this important to drug discovery in general?

One of the things that it really enables us to do is to build the assays very quickly. We can get a very fast proof of concept using the mass spec to see whether our enzymes can convert substrates into products. Once we've established that proof of concept, moving from there to having a proper assay fit for high-throughput screening is a relatively quick process.
Of course, as I said, costs really come down as well without having to invest in additional label it brings the prices down to a much more affordable level. It's also a very simple process. We simply add the reagents to our plates, and we have the reactions occur, and then the same plate is used to fire samples into the mass detector itself. For example, our last high-throughput screening campaign was probably about 90,000 pounds cheaper than if we had screened using traditional label-based technologies.

What are the next steps in the development of this prototype platform?

We're still working with prototype systems. I don't even believe they're beta products yet, they're still in the alpha stage. As with any type of research project like this, I think it's probable that we will get significant improvements in sensitivity, which will really add value as we move much more towards a commercial instrument.
I think we're still a year to 18 months away from having any kind of commercial offering available, but hopefully we'd like to see it broadly applied in the biochemical screening space. We're now starting to broaden our view to look at other potential application avenues as well. We'll be sharing some data here around cell based assays, which would be a first application with the acoustic mass spec in that area as well. We're very excited about that and hopefully we'll see more applications in the future.

Why is Pittcon important in helping you share your research?

Pittcon is really important to us because it gives us a really great opportunity to talk to a really broad audience. Pittcon's renowned for being at the forefront of analytical sciences, and acoustic mass spectrometry is just another analytical tool. Being able to come to a conference such as this one, and be able to talk and access such a wide spectrum of scientific excellence, I think is really important for any project. 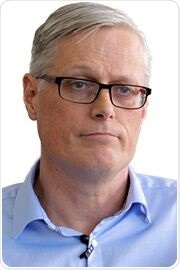 Jonathan joined AstraZeneca in 2000, as part of a team responsible for delivering automation solutions and technology into the disease area teams post HTS.
He was invited to establish a Lead Generation Automation team within Oncology and this evolved into a centralised biochemical screening team in 2006. The centralised team utilized leading edge technology to deliver high quality data to global projects, this included delivery of acoustic droplet ejection technology.
In 2008 the team was awarded the Microsoft Innovation in Pharma award for the innovative development of a LIMS platform. When the Discovery Sciences function was established within AZ, Jonathan moved into a science role supporting biochemical SAR.
He remains interested in landing technologies that can add value to the core drug discovery business, one such example is the acoustic mass spectrometry collaboration between Labcyte and AZ. This project won the SLAS Innovation award (2015) and has generated a significant amount of external interest.
Sponsored Content Policy: News-Medical.net publishes articles and related content that may be derived from sources where we have existing commercial relationships, provided such content adds value to the core editorial ethos of News-Medical.Net which is to educate and inform site visitors interested in medical research, science, medical devices and treatments.
Publicado por salud equitativa en 6:54