By Catherine Shaffer, M.Sc.
Cloning of human cells is a technology that holds the potential to cure many diseases and provide a source of exactly matched transplant tissues and organs. 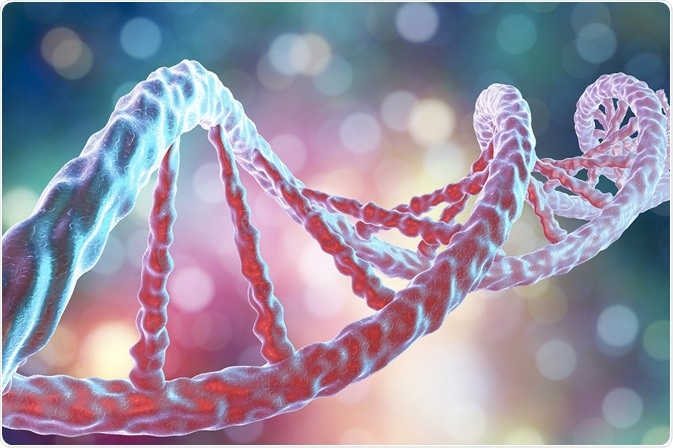 Credit: Kateryna Kon/Shutterstock.com
One cloning technology that has been developed for mammalian and human cells is somatic cell nuclear transfer (SCNT). SCNT is a method of cloning mammalian cells that can be used to create personalized embryonic stem cells from an adult animal or human.
Embryonic stem cells are immortal, and have the potential to develop into any type of adult cell, even after months growing in culture dishes. These cells have been sought after as potential therapies for diseases ranging from heart disease to Parkinson’s to cancer.
By transferring adult cell DNA into an embryonic stem cell, it is possible to create a line of immortal embryonic cells that are able to develop into any type of adult cell, genetically identical to the donor.
This has led to a lot of interest in SCNT, which is best known as the method used to pioneer whole animal cloning technology, such as Dolly the sheep. But SCNT can also be used to clone human cells for transplant or other therapies.

The cloning method is based on the fact that cytoplasmic factors in mature, metaphase II oocytes are able to reset the identity of a transplanted adult cell nucleus to an embryonic state.
In humans, a major roadblock in achieving successful SCNT leading to embryonic stem cells has been the fact that human SCNT embryos fail to progress beyond the eight-cell stage. This was believed to be due to an inability to activate certain embryonic genes. This difficulty has been attributed to the use of protocols developed for non-primate species.
Researchers have determined that several steps in the protocol were critical for human cellular reprogramming. Those were spindle removal, donor cell fusion, and cytoplast activation.
In 2013, scientists reported a successful SCNT procedure by modifying the protocol for specific human oocyte biology. They derived several human embryonic stem cell lines from these cloned embryos whose DNA was an exact match to the adult cell that donated the DNA.
The mitochondrial DNA of the stem cells, however, matched the donor egg’s mitochondrial DNA. This was the first successful reprogramming of human somatic cells into embryonic stem cells using a cloning technique, SCNT.

Another successful attempt at human SCNT was made using cells from two adult males. Dermal fibroblasts were taken from a 35-year old male and a 75-year-old male and used to create embryonic stem cells.
It was believed that the epigenetic signature and age-related changes such as shortened telomeres and oxidative DNA damage might hinder reprogramming of mature adult nuclei. The adult cell nuclei were transferred into metaphase-II stage human oocytes, producing a karyotypically normal diploid embryonic stem cell line from each of the adult male donor cells.

The therapeutic potential of cloned human cells has been demonstrated by another study using human oocytes to reprogram adult cells of a type 1 diabetic. The resulting cells were pluripotent and could be differentiated into insulin-producing beta cells to restore the function of the pancreas in the donor.
Although attempts have not yet been made to create a therapeutic transplant from embryonic stem cells, the methods have been developed to allow the creation of functional, mature cells using human cell cloning technology.
Reviewed by Hannah Simmons, BSc.