By Kate Bass, BScMarch 22, 2018
The potential for human brain imaging escalated this week with the revealing of a novel wearable brain scanner that can provide accurate images whilst the subject is moving. 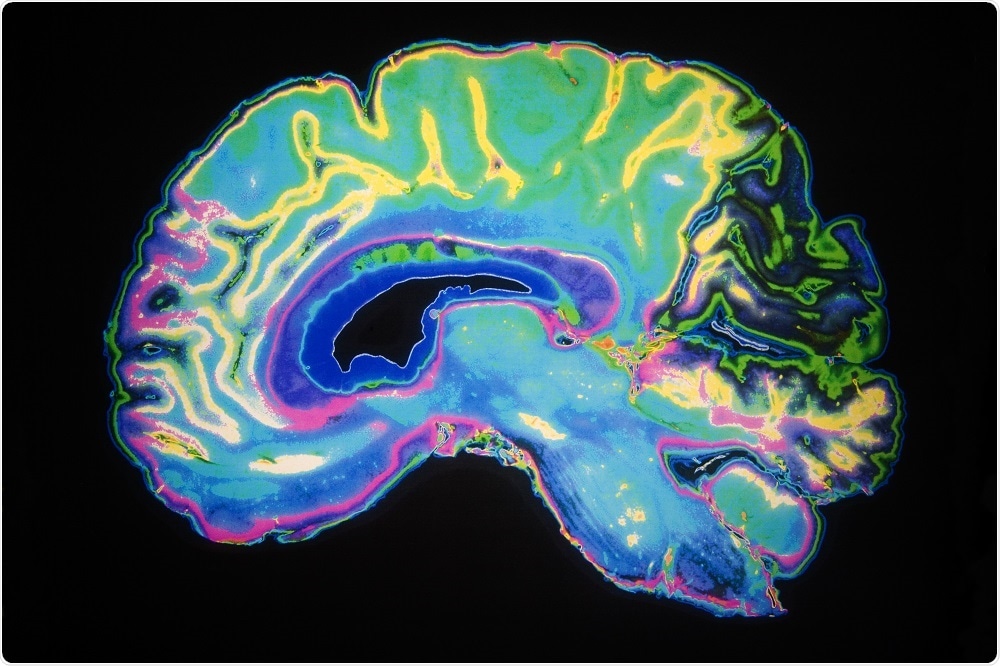 Credit: Daisy Daisy/Shutterstock.com
Magnetoencephalography (MEG) is a functional neuroimaging technique used for both research into brain function and diagnosis of neurological disorders. The electrical activity in the brain results in the generation of tiny magnetic fields, which can be detected using very sensitive sensors.
The patterns of magnetic fields indicate which areas of the brain are active. The technique has been widely used in research to study cognitive brain processes and to determine the function of various parts of the brain. In a clinical setting it can identify abnormal brain activity or locate abnormal pathology prior to surgery.
Currently, in order for an MEG image to be obtained, the subject must enter into the large scanner, which weighs around half a tonne, and remain entirely still whilst the measurements are taken.
The size of MEG scanners is so great because of the need for extensive cooling technology to keep the superconductor sensors at -269°C.
Since any movement of the head makes the images worthless, the technique cannot be used in patients who are unable to remain completely still, such as young children and patients with movement disorders.
In addition, it is difficult to assess brain function during rare events, such as epileptic seizure, as the patient would be required to remain motionless for a long time. Even a twitch of a few millimetres could invalidate the image.
The new generation MEG scanner has been scaled down massively by using a new type of sensor that does not need to be cooled. These 'quantum' sensors are very light and can be mounted in a helmet that can be adjusted to fit any head size.

Furthermore, the new sensors can be placed directly onto the scalp surface where they are much closer to the brain than in traditional fixed MEG scanners. As a result, they receive more of the signals coming from the brain and provide a higher level of sensitivity.
With the new lightweight helmet scanner, subjects can move their heads during the scanning. so millisecond-by-millisecond imaging can be obtained whilst different tasks are being executed. This reveals which parts of the brain are engaged during different tasks, such as speaking, nodding, drinking, hand-eye co-ordination.
Professor Gareth Barnes, who lead the project, remarked "This has the potential to revolutionise the brain imaging field, and transform the scientific and clinical questions that can be addressed with human brain imaging...."
"Importantly, we will now be able to study brain function in many people who, up until now, have been extremely difficult to scan - including young children and patients with movement disorders. This will help us better understand healthy brain development in children, as well as the management of neurological and mental health disorders"

This new technology raises exciting new opportunities for a new generation of functional brain imaging. This has significant potential for impact on our understanding of not only healthy brain function but also on a range of neurological, neurodegenerative and mental health conditions."
Dr Matt Brookes, Wellcome Centre for Human Neuroimaging