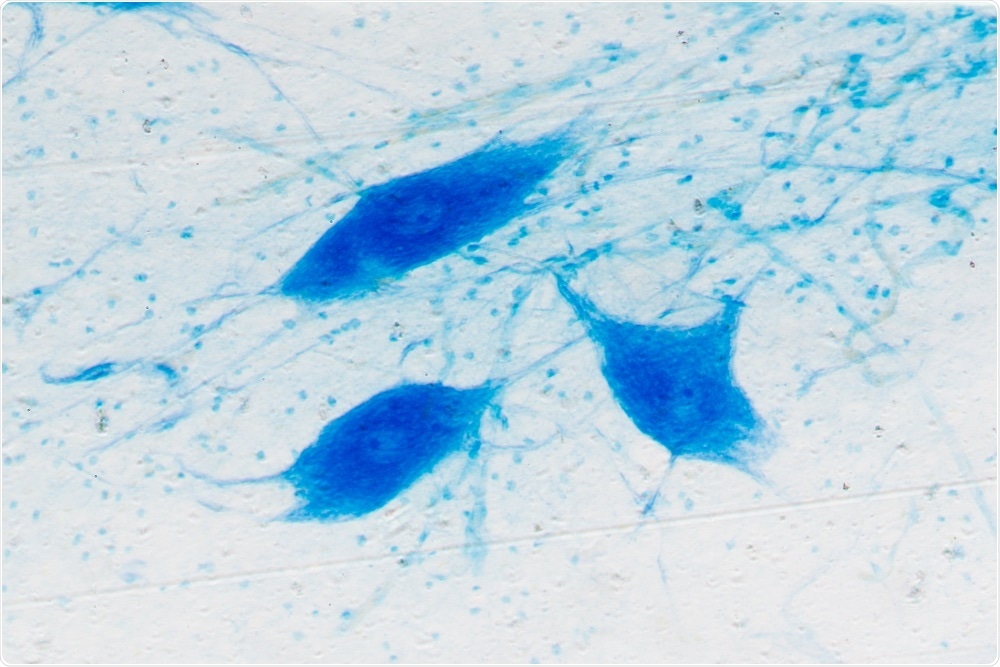 Credit: Pan Xunbin/Shutterstock.com
This basic science could aid the development of new therapies for the crippling disease, which prevents the brain from being able to communicate with muscles, eventually causing paralysis and premature death.
The findings, which are published in the journal Brain, are the result of a collaboration led by neuroscientists at Université de Montréal (UdeM) and researchers at Hebrew University, Israel; Université de Sherbrooke, Quebec and Western University, Ontario.

It's a story of fundamental research about what happens normally in the body's cells and what changes in the context of ALS."
Jade-Emmanuelle Deshaies, Lead Author

Deshaies and her supervisor, Christine Vande Velde began the research eight years ago when they investigated the effect on various molecules when a protein called TDP-43 is removed from the cell nucleus. TDP-43 binds to cellular RNA and is central to the pathology involved in ALS.
"Our specific focus was on other types of RNA binding proteins that could be interesting players in the disease. One of these, hnRNP A1, caught our eye. In particular because there was a second form that is rarely mentioned in the literature," explains Deshaies.
On binding to RNA, TDP-43 can alter how it is spliced – a process referred to as alternative splicing. The current study showed that TDP-43 binds hnRNP A1 pre-mRNA and modulates its splicing.

This is important for understanding ALS because TDP-43 is known to be a key component of non-living substances in cells called cytoplasmic inclusions, which are seen in 97% of ALS cases.
Vande Velde says the data show that when TDP-43 is either absent altogether or just absent from the nucleus, the splicing pattern of hnRNP A1 is altered, suggesting that the spectrum of RNA metabolism mis-regulation is much broader than previously thought.
Deshaies says that while studies such as this do not immediately give rise to new ALS treatments, they do provide a deeper understanding of this complicated disease where many cellular functions get mis-regulated.

This type of work provides important information for future drug targets and the development of biomarkers aimed at detecting the disease more rapidly and following its progression."
Jade-Emmanuelle Deshaies, Lead Author