By Liji Thomas, MD
Bowel movements are completely essential parts of normal life.In infancy, a baby may pass 3 – 4 stools a day at first; however, this tapers to about 2 stools per day during the first year of growth.
While variations in the number of stools passed is physiological to some extent, especially in infants below one month of age, it is important to rule out potential pathologies if these variation deviate significantly from the average in the population. This is especially so in infants who are below the age of three months, and even constipation in infants less than six months old is a red flag. 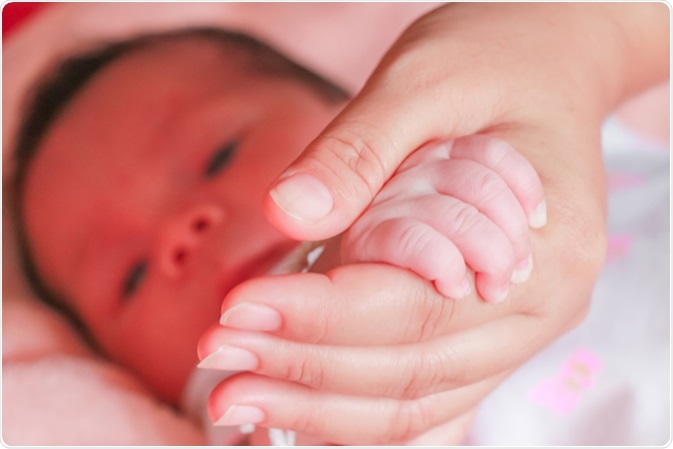 The history must include asking about delayed passage of meconium (more than 48 hours following birth). This may indicate the presence of Hirschsprung disease or congenital megacolon. Other possible diagnoses include cystic fibrosis and anatomical malformations of the gut. Symptoms such as failure to thrive and explosive passage of stools should be enquired for, as should abdominal distension beyond normal limits.
The physical examination should include a full assessment of the recto-anal canal. The anal position should be examined, and congenital anomalies of the spine and anus, such as anal stenosis or displacement, spina bifida, and tethered cord, must be looked for.  Other metabolic conditions also need to be ruled out.
Clues to Hirschsprung disease include a tight sphincter with an empty rectum, alternating explosive diarrhea with constipation, rapid gushing out of stool when a finger is inserted into the anus for examination, vomiting, and a general appearance of illness. On the other hand, a pilonidal dimple with a tuft of hair, pigmented spots over the lower spine in the midline, and other neurologic signs may point to spinal abnormalities, such as spina bifida. Occult blood may be a sign of allergy or of Hirschsprung disease. Failure to respond to the usual treatment should also prompt a search for such illnesses.

Since the barium enema findings may be deceptively normal in such babies, it is imperative to refer all neonates for specialized testing, such as rectal suction biopsy, under the supervision of pediatric gastroenterologists and surgeons. Delay in diagnosis often results in death or severe morbidity due to enterocolitis. Occult blood testing is also mandatory.
Functional constipation in infants may be diagnosed by at least two of the following, which are called the Rome III criteria:
Sometimes the child is also irritable, has less appetite, and stops eating early during feeding, but these symptoms disappear once a large stool is passed.  Abdominal pain, which is not relieved by stool passage should be investigated.
The chief complication of functional constipation is stool retention and impaction. This may manifest as fecal leakage, a hard mass in the rectum, and bleeding with the passage of stool. Reluctance and withholding of stools is another important clue to fecal impaction. This kind of symptom usually rules out neurogenic defects, including spinal anomalies and Hirschsprung disease, and points to functional constipation.

If the baby appears normal after the initial evaluation and has no other medical issues, and is being breastfed, observation is sufficient, because it is likely to be a normal variant. This is because such babies may pass stool at any frequency from once after each feed to once or twice a week, without any underlying medical issue. On the other hand, any abnormal finding or constipation in formula-fed babies should be given attention to rule out organic or functional etiologies.
Organic disease should be treated appropriately.
Functional constipation in infants should not be treated with mineral oil laxatives, which could lead to aspiration and pneumonitis, because of the incomplete development of the swallowing reflex in young infants.
The following may be adopted:
Once the initial treatment is successfully completed, maintaining soft stools is paramount, usually by giving laxatives for as long as necessary to keep the stool soft after establishing regular bowel habits. This is best done in addition to developing a regular bowel habit by placing the infant in an appropriate position at the same time every day, helping the routine to develop by showing appreciation when this is done, and when stools are passed. Enemas are not usually helpful or required.