By Kate Bass, BScMarch 16, 2018
Researchers at University of Texas at Austin have developed a 3D simulation of blood cells travelling through realistic microvascular networks and it predicts several novel and unexpected phenomena. 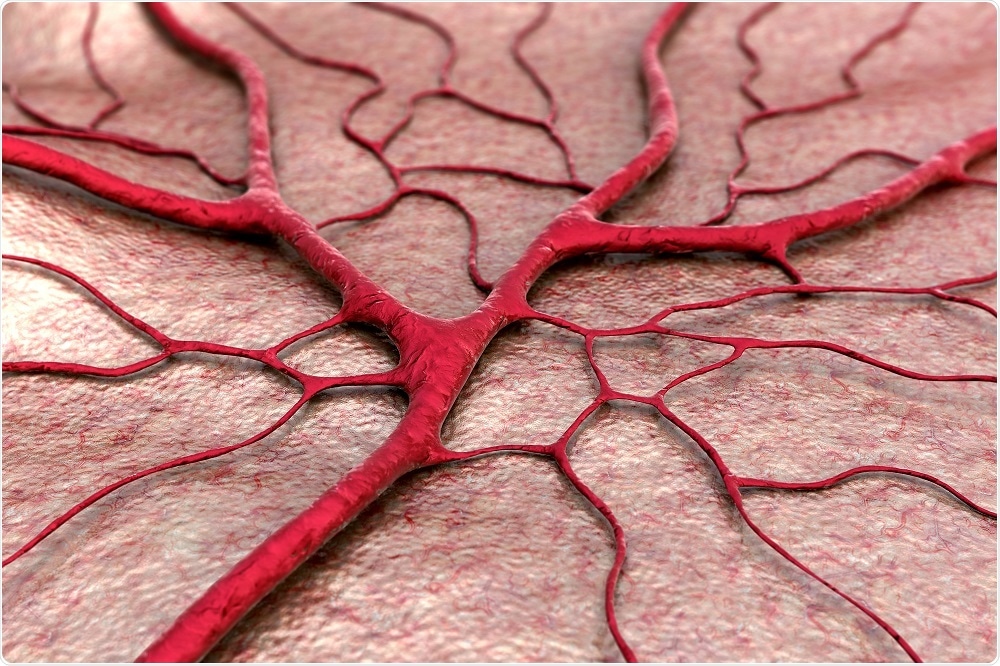 Credit: URGREEN 3S/Shutterstock.com
The ability of the blood to reach every part of the human body to deliver oxygen and nutrients (and remove waste products) is essential to survival.
In order to achieve this, blood cells must pass through a network of tiny blood vessels, which follow circuitous routes and often branch to divert the blood into outlying areas.
Although the journey of blood along single, straight vessels has been well studied, there is little known about how blood flow is affected when the vessel branches and blood is split between two separate routes or when the vessels become so small that individual blood cells have to deform in order to squeeze through.
To provide greater insight into blood flow through these microvascular networks, researchers at the Texas Advanced Computing Center have developed a state-of-the-art simulation code for the behaviour of red blood cells.
This is the first direct numerical simulation of 3D cellular-scale blood flow in physiologically realistic microvascular networks. It captures both the highly complex structure of the blood vessels as well as the 3D deformation and dynamics of each individual red blood cell.
The model was designed to accurately reflect the vascular networks observed in vivo, with bifurcating, merging, and winding vessels. Impressively, it shows with high fidelity the deformation and dynamics of each individual red blood cell as it flows through the vascular networks.
In addition to simulating the 3D flow of red blood cells within complex geometries, the model can illustrate the flow of rigid particles, such as inactivated platelets or some drug particles.

Our research in microvascular networks is important because these vessels provide a very strong resistance to blood flow...How much energy the heart needs to pump blood, for example, is determined by these blood vessels. In addition, this is where many blood diseases take root. For example, for someone with sickle cell anaemia, this is where the red blood cells get stuck and cause enormous pain."
Prosenjit Bagchi, Researcher at The University of Texas at Austin

Simulations using this new model have revealed that the flow of red blood cells is temporarily interrupted at the point where a vessel splits into two vessels.
This barrier to smooth blood flow can cause a transient increase in vascular resistance of several orders of magnitude.
Negative pressure-flow correlations were observed in several vessels, a significant deviation from Poiseuille’s law describing non-turbulent flow of fluids in circular tubes. In addition, the model revealed a negative correlation between vascular resistance and haematocrit in defiance of a major principle of particulate suspension flow.
These discrepancies are likely to be a consequence of the fact that the laws assume straight tubes, whereas capillaries are very winding and continuously bifurcate and come together again.
This increased understanding of what is actually occurring within very small blood vessels may be particularly important in cancer research where it could enhance assessment of angiogenesis, which is used by tumour cells to support their growth, and predict the delivery of targeted chemotherapy inside the tumour vasculature.
Sources:
Publicado por salud equitativa en 8:35