By Ananya Mandal, MBBSFebruary 1, 2018
Researchers from The Telomere and Telomerase Group at the Spanish National Cancer Research Centre (CNIO) have successfully identified the genetic cause of idiopathic pulmonary fibrosis and have shown success in trials of a new gene therapy for the condition. 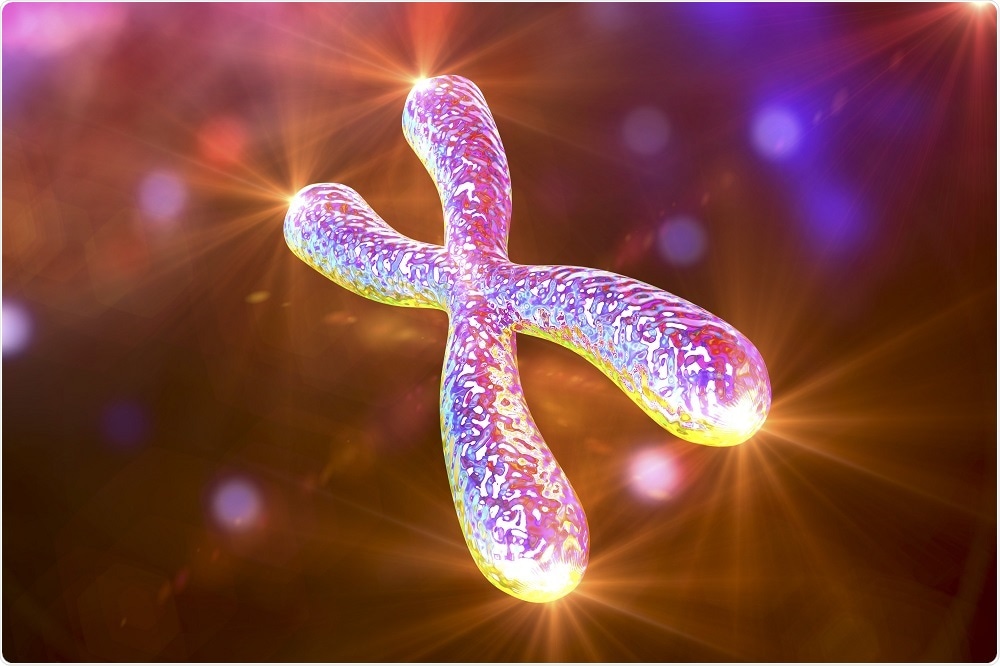 Credit: Kateryna Kon/Shutterstock.com
The ends of the chromosomes that carry genes are protected by telomeres. These structures protect the genetic code from damage during repeated rounds of cellular replication throughout our lives. Over time, telomeres shorten, causing humans to age.
In pulmonary fibrosis, there is extensive formation of scars over the lung tissues. This progressively causes loss of respiratory functions. There are multiple causes for fibrosis to develop including environmental toxins.
However, researchers agree that telomeric damage is the most important cause for this condition. Short telomeres cause genetic damage and cell death, leading to scarring and eventually, fibrosis.
The new study, which was published in the journal eLife, describes how an enzyme called telomerase could be used as a treatment for this deadly disease. Telomerase sequences telomeres, therefore preventing genetic damage from occurring during early life.

This is the first time that pulmonary fibrosis has been treated as an age-related disease, looking for rejuvenating the affected tissues"
Maria A. Blasco, Lead Author and Director at the Spanish National Cancer Research Centre (CNIO)

Adding to Maria’s comments, Paula Martínez, a co-author of the paper explained that this is the first time a “potentially viable and effective solution” has been developed for an incurable condition like pulmonary fibrosis.
The therapies available for pulmonary fibrosis, she said, were all targeting the symptoms of the disease, whereas the treatment they have developed targets the genetic cause of the disease.

Telomerase, she explained, is the only enzyme that can lengthen the shortened telomeres. When introduced into the damaged lung tissues, telomerase can help lengthen telomeres and correct the underlying problem.
The CNIO Telomere and Telomerase Group, led by Blasco, started their work in 2015, developing an animal model that could accurately reflect the condition. This work appeared in the journal Cell Reports.
Prior to the development of this model, researchers used the drug bleomycin on the mice to cause lung fibrosis before attempting to treat the condition.
However, bleomycin induced lung fibrosis often reversed on its own and thus the model was unreliable. Also, there is no telomere shortening in bleomycin induced fibrosis models.

We observe that telomerase gene therapy reverses the fibrotic process in mice, which suggests that it could be effective in human patients, opening a new therapeutic opportunity towards the treatment of this disease"
Juan Manuel Povedano, co-author and postdoctoral researcher at the Southwestern Medical Center at the University of Texas, USA.

The authors wrote that after only three weeks of the treatment, the animals, “showed improved lung function and less inflammation and fibrosis.” In two months the fibrosis had “improved or disappeared” they wrote.
They successfully managed to introduce the gene that encodes telomerase into the lung cells of the diseased animals using viral vectors, or vehicles.
"The strategy devised by the CNIO group is very encouraging, although we are still far from reaching the clinic, we are already generating gene therapy vectors for human therapy", said Fàtima Bosch, gene therapy expert from the Autonomous University of Barcelona.
Source:
https://www.eurekalert.org/pub_releases/2018-01/cndi-crc012918.php
Publicado por salud equitativa en 7:00