By Sally Robertson, BScFebruary 20, 2018
The charity Target Ovarian Cancer has warned of an "alarmingly low rate of awareness" among women that persistent bloating is a major symptom of ovarian cancer. 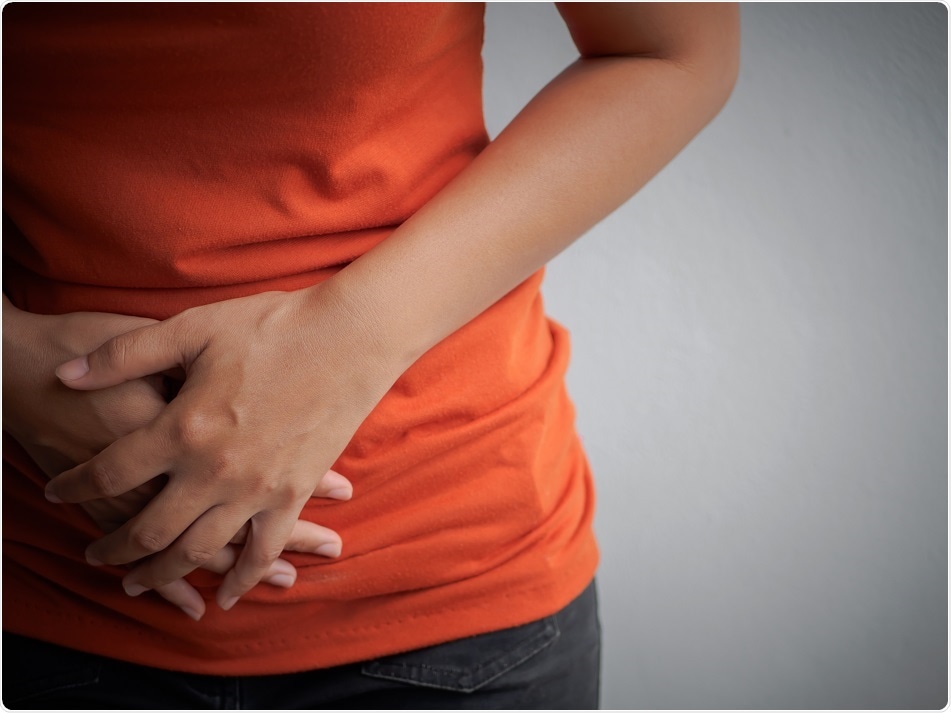 Credit: siam.pukkato/ Shutterstock.com
Out of 1,142 women across the UK who responded to a survey by YouGov, only 34% said they would visit their GP if they experienced persistent bloating, and half said they would instead make dietary changes such as eliminating gluten or eating probiotic yoghurts. According to previous research by the charity, only one in five women identified ongoing bloating as a symptom.

NHS England guidance recommends that any woman who has experienced bloating most days for three weeks should book an appointment with their GP.
The charity also found that, although ovarian cancer is more likely to develop in women aged over 55 years, people in this age group were the least likely to investigate their symptoms online and find out that ongoing bloating could be a symptom. Among women aged 18 to 24 years, 64% reported that they would check the symptom online.

Women should not be risking their lives because of the enduring awareness gap around the symptoms of ovarian cancer. If women know ovarian cancer symptoms such as persistent bloating and are able to link them to ovarian cancer early on, lives will be saved."
Annwen Jones, Target Ovarian Cancer

The charity says this lack of awareness means women are not undergoing the appropriate tests quickly enough and are therefore missing out on an early diagnosis. Two-thirds of women who have the cancer are only diagnosed once it has spread and is more difficult to treat. Eleven women die from the disease every day.
The symptoms of ovarian cancer are as follows:
Source:
http://www.bbc.co.uk/news/health-43111229
Publicado por salud equitativa en 7:09