In a new study published in the journal Science Translational Medicine, researchers at The Scripps Research Institute (TSRI) demonstrated the increased risk of osteoarthritis during aging and suggested a potential path for the development of new treatments to sustain healthier joints. 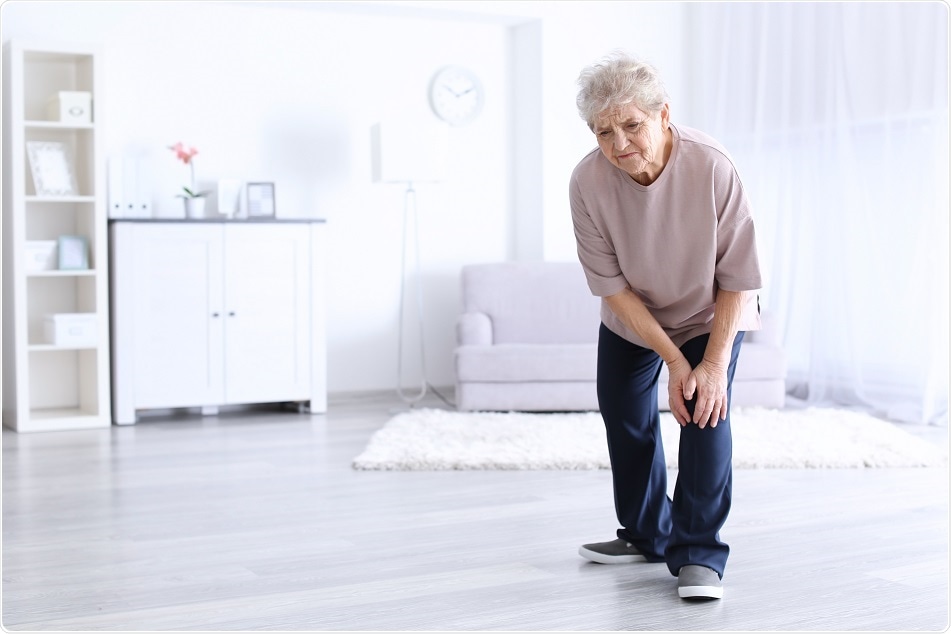 Credit: Africa Studio/ Shutterstock.com
Osteoarthritis is one of the most common age-related diseases found in more than 30 million Americans. The study’s findings recommend that FOXO proteins help in controlling the healthy cells in the cartilage of the joints.

We discovered that FoxO transcription factors control the expression of genes that are essential for maintaining joint health. Drugs that boost the expression and activity of FoxO could be a strategy for preventing and treating osteoarthritis."
Dr. Martin Lotz, The Scripps Research Institute

Earlier research demonstrated that as joints age, the amount of FoxO protein in cartilage decreases. Researchers also observed a low expression of the genes in people with osteoarthritis needed for autophagy–a cell’s own process to separate and reuse its repaired structures to maintain its health.
The researchers of the current study utilized mouse models with the deficiency of FoxO in cartilage to diagnose the influence of FoxO protein over cartilage through adulthood.
The team observed a salient difference in “knockout” FoxO-deficient mice, which is the degeneration of cartilage at an earlier age than in controlled mice. The mice with FoxO deficiency also suffer from acute forms of post-traumatic osteoarthritis caused by meniscus injury (a damage to the knee), and these mice undergo treadmill running, exposing more to the damage of cartilage.

The FoxO-deficient mice had autophagy deficiency and some defects in the process that is involved in protecting cells from injury by molecules called oxidants. Particular to cartilage, these mice did not generate enough lubricin, a lubricating protein that usually secures the cartilage from wear and friction. This deficiency of lubricin is related to a loss of healthy cells in superficial zone–a cartilage layer of the knee joint.
The cause of all these problems was FoxO proteins working as transcription factors to control gene expression. In the absence of FoxO proteins, the expression of inflammation-related genes escalates which causes pain, and there is also a rapid fall in the levels of autophagy-related genes, preventing cells from repairing themselves.
Dr. Lotz added that the internal mechanisms that keep cells healthy are not involved in these knockout mice.
In order to decide whether targeting FoxO proteins has therapeutic advantages, the researchers used genetic approaches to elevate the expression of FoxO in cells of osteoarthritic humans and also identified that the protective genes and the levels of lubricin returned to normal.
Future research will require the development of molecules that improve FoxO and evaluate them in experimental models of osteoarthritis.
Source:
https://www.eurekalert.org/pub_releases/2018-02/sri-tsf021418.php
Publicado por salud equitativa en 10:57