A new study published by The BMJ has reported a potential link between the consumption of highly processed food and cancer. 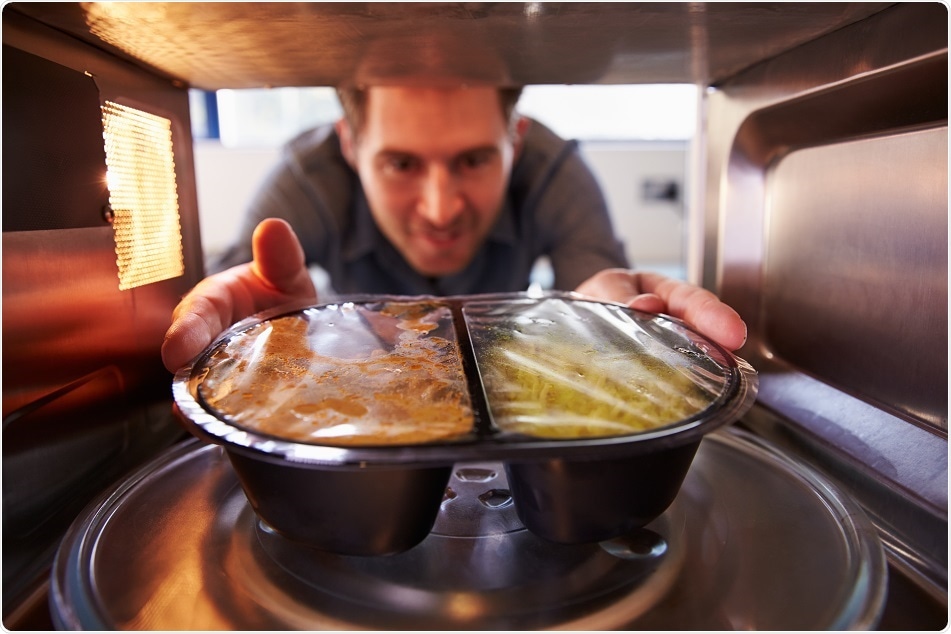 Credit: Monkey Business Images/ Shutterstock.com
According to researchers, additional examination is required; however, the current study findings imply that increased consumption of ultra-processed foods might elevate the risk of cancer in the coming years.
Highly processed foods often contain high levels of sugar, fat, and salt, and lack fiber and vitamins. These include packaged snacks and baked goods, sugary cereals, ready meals, fizzy drinks, and reconstituted meat products and they account for up to 50% of total daily energy intake in multiple developed countries.
Although several research works have identified the significant association between ultra-processed foods and increased risks of high blood pressure, obesity, and cholesterol levels, firm evidence proving the correlation remains insufficient.
This prompted a team of researchers based in Brazil and France  to investigate the possible correlations between the intake of ultra-processed foods and risk of overall cancer, including that of prostate, breast, and bowel (colorectal) cancers.
They enrolled 104,980 healthy French adult participants, of which, 22% were men and 78% were women, with an average age of 43 years who completed at least two 24-hour online dietary questionnaires that are intended to evaluate the usual intake of 3,300 different food items (NutriNet-Santé cohort study).
The food items were groups according to degree of processing, and cases of cancer were identified using participant’s declarations validated by medical record and national databases over an average of five years.
Several well-known risk factors including age, educational level, sex, smoking status, physical activity levels, and family history of cancer were also taken into account.
The study findings showed that an increase in the proportion of ultra-processed foods in diets by 10% was linked to increased risk of overall cancer and breast cancer by 12% and 11%, respectively. However, no significant associations were observed for colorectal and prostate cancers.
In addition, the study found no significant links between less processed foods (like canned vegetables, cheeses and freshly made unpackaged bread) and cancer risk; however, consuming fresh or minimally processed foods (rice, fruits, pulses, vegetables, meat, pasta, eggs, fish and milk) was linked to lower risks of overall cancer and breast cancer.
Since the current research is from an observational study, no certain conclusions can be drawn about cause and effect, and the researchers also found some inadequacies. For example, they cannot dismiss some misclassification of foods or guarantee detection of every new cancer case. On the other hand, the study sample was large and researchers were able to adjust for a range of potentially influential factors.

To our knowledge, this study is the first to investigate and highlight an increase in the risk of overall - and specifically breast - cancer associated with ultra-processed food intake,"
Study authors

They emphasized the necessity for additional studies in the field to better understand the effects of the various stages of processing. They also suggested that policies targeting product reformulation, taxation, and marketing restrictions on ultra-processed products and promotion of fresh or minimally processed foods may contribute to primary cancer prevention.
In a linked editorial, researchers at the National Institute of Public Health in Mexico, said that the current study provides an initial insight into a possible link between ultra-processed foods and cancer. "We are a long way from understanding the full implications of food processing for health and wellbeing," they added.
They highlighted several challenges, like identifying the specific elements in highly processed foods that could lead to cancer, and the effects of other unmeasured aspects on the results.
The researchers said: "Care should be taken to transmit the strengths and limitations of this latest analysis to the general public and to increase the public's understanding of the complexity associated with nutritional research in free living populations."
Source:
https://www.eurekalert.org/pub_releases/2018-02/b-ssp021318.php
Publicado por salud equitativa en 10:58