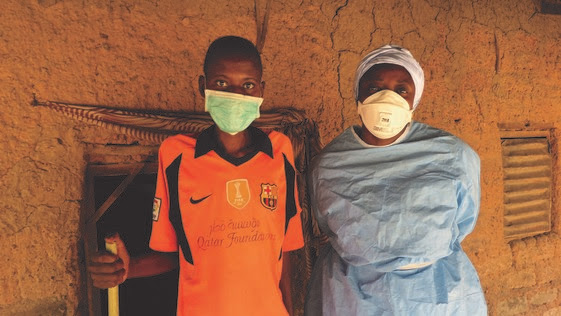 Learn what USAID is doing to promote awareness on #AntimicrobialResistance during World Antibiotic Awareness Week: Nov 13-19

This week the world recognizes the threat of antimicrobial resistance (AMR). The emergence and spread of antimicrobial resistance requires urgent attention.  AMR has the ability to erode much of the progress made in combating global diseases, such as malaria, tuberculosis, HIV/AIDS, and other infectious diseases. In fact, about 700,000 people die annually as a result of drug-resistant infections caused by malaria, TB and HIV/AIDS. The threat of AMR is graver for vulnerable populations living in low-and-middle income countries where drug-resistant infections will require more difficult and expensive treatment. USAID’s commitment to AMR prevention spans work across multiple sectors over the course of two decades.
USAID is combating the spread and threat of AMR by supporting the World Health Organization’s  Global Action Plan on AMR  and the Global Health Security Agenda . USAID also works with partner governments and the private sector to support the development of national action plans on AMR; monitoring of medicine safety, effectiveness and quality; and supporting AMR surveillance systems

Learn more about how USAID promotes efforts to prevent #AntimicrobialResistance: