By Cashmere Lashkari
There is a often a general reluctance to visit the doctor when one falls ill. The departure from routine and taking time off when you can hardly afford it seem like strong disincentives. Unfortunately sometimes the illness is so debilitating that there is no choice left but to visit the doctor. Usually the patient is likely to wait for a couple to days to see if the symptoms abate on their own, before realizing that a trip to the doctor will be necessary in the end. 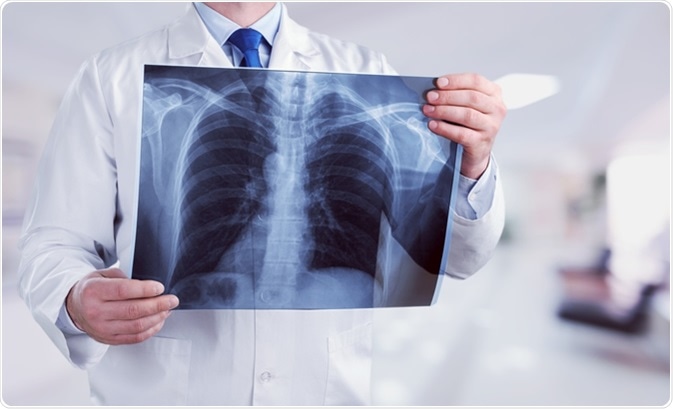 Image Credit: Billion Photos / Shutterstock
Pneumonia is a respiratory illness that affects the air sacs in the lungs. Consequently, the patient is likely to have a problem breathing, with quite pronounced symptoms that likely to be noticed, so that medical attention is sought. Walking pneumonia is a milder version of the illness which often mimics the symptoms of a common cold. Often the patient is unaware of having contracted walking pneumonia.
This can be dangerous, since one in three cases of walking pneumonia can move into full-blown pneumonia at a later stage. Hence it is important that the patient pays attention to persistent symptoms that last beyond three to five days. It is always better to go see a doctor to rule out other illnesses, rather than end up with complications at a later date due to negligence.

Symptoms To Watch Out For

Should these symptoms last longer than a week, it is time to head to a doctor for adequate medical help. The common cold will usually have run its course by day five; if the symptoms are still present, then it can be something more serious. Therefore, it is prudent to seek a professional diagnosis sooner rather than later in such situations.

Complications That May Arise

If left undiagnosed and the symptoms are ignored, walking pneumonia can result in some additional complications. It is important to understand that these complications occur in extremely rare cases, and not all patients will develop them. However, if left untreated, these complications can turn fatal. If any of the symptoms that relate to the following conditions show up, immediately see a doctor.
Lung Abscesses: Pockets of pus get formed within or around the patient’s lung causing a breathing issue. This is a condition where the lung tissue that is affected begins to die off and starts to store debris or fluid caused by microbial infection. Eventually the lungs will have to be drained of fluid during a surgery, and oxygen therapy will have to be instituted.
Skin Disorders: Stevens-Johnson syndrome is a skin reaction that starts with flu like symptoms and leads to a painful red rash. The rash may turn into blisters that spread. Other skin conditions that may arise include erythema multiforme, as well as toxic epidermal necrolysis. Patient must bring the condition to the attention of a doctor as soon as possible, so that appropriate treatment can be provided.
Respiratory Failure:  The patient’s blood may not have adequate oxygen levels, and if not timely diagnosed, this can lead to inability of the lung to perform its breathing function (or respiratory failure). The lungs of the patient fill up with pus and breathing is no longer possible without the help of a mechanical ventilator. This condition is known as acute respiratory distress syndrome (ARDS).
Sepsis: Infection in the blood of the patient triggers the immune system to release certain chemicals into the blood stream. These are supposed to fight the infection, but end up causing an inflammation all throughout the body. The rapid inflammation can lead to multiple organ damage, and at times even organ failure which can prove fatal.
Renal Dysfunction: Commonly known as kidney failure, renal dysfunction refers to the kidney’s inability to filter the metabolic waste from the blood of the patient. It is usually the result of sepsis, in case the patient is suffering from pneumonia. The kidney begins to gradually fail and eventually stop working altogether when the organ is damaged beyond functioning.
Encephalitis: This refers to a swelling in the brain. The tissue is inflamed and the condition can be life threatening. Symptoms such as mental confusion, weakness in body, loss of sensation in the patient, as well as hallucinations may make an appearance. Condition requires immediate medical attention.
While most cases of walking pneumonia are likely to reach a resolution without any treatment, it would be better for the patient to visit a doctor as soon as persistent symptoms are observed. The right antibiotics may result in faster healing, and the suffering of the patient can be greatly reduced.
Reviewed by: Dr Tomislav Meštrović, MD, PhD