One survey has found that 35% of carcinoid patients are allergic to certain types of food. Some of the symptoms of carcinoids can be better managed by food and nutritional diet. The effect of food varies across individuals and, therefore, understanding the cause of the symptoms is the first step of a nutritional intervention. There are some types of food, however, that need to be avoided by carcinoid patients as they may trigger symptoms and have an impact on the quality of living.

During special occasions and festival times, people may be tempted to eat a large amount of food. The habit of consuming a large amount of food needs to be avoided. One survey reported that about 25% of carcinoid patients have found to be allergic due to the intake of large amount of meal.
It is recommended to have a small amount of food at frequent intervals. Alcohol, cooked tomatoes, raw vegetables, and vinegar are also included in the list of “non-advisory” food. Cabbage, dried fruits, and carrots were also found to trigger symptoms, yet not significant.
Coffee and other caffeinated beverages, alcohol and soda (carbonated drinks) may activate side effects in some carcinoid patients and, therefore, these types of fluids are best avoided. For people with chronic diarrhea, fluid intake including water is very important. In patients with severe diarrhea, electrolytes can be included in their fluid intake. 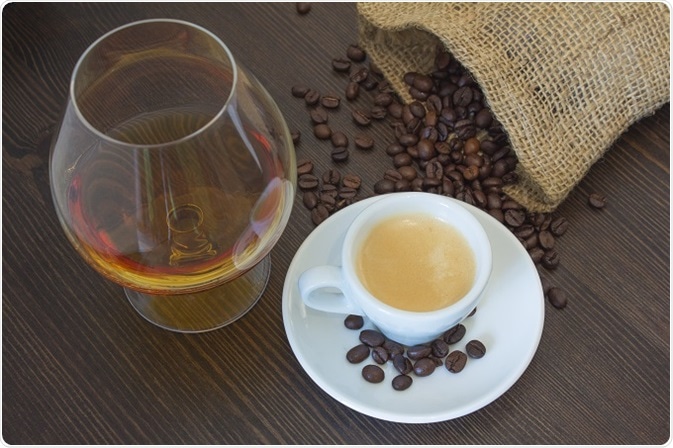 The American Heart Association and the American Diabetes Association have recommended carcinoid patients to consume moderately low fat. As diarrhea is a symptom of carcinoid patients, intake of high fatty foods may worsen the syndrome. Some medications may reduce fat digestion and can cause floaty stool (steatorrhea), resulting in the loss of additional nutrients as well. Subsequent to intestinal surgery, patients may have a shorter intestine, and consuming low fat foods may control diarrhea effectively.

Carcinoid patients are advised to avoid food containing amines such as caffeine, xanthenes, and theobromine. These vasoactive amines could activate tumors to produce vasoactive substances which in turn lead to carcinoid symptoms. Amines such as serotonin, tyramine, dopamine, and histamine found in food can cause symptoms such as tachycardia, headache, palpitations, hypertension, unconsciousness, and flushing. It is interesting to note that these amines are found in protein products that are spoiled, aged, and fermented.
Very high levels of dopamine and tyramine are found in alcoholic beverages, aged cheeses, yeast extracts, spoiled protein foods, salted, pickled or smoked meat or fish, hydrolyzed proteins, miso soup, broad beans, shrimp paste, sauerkraut, and few products made of soybean such as soy sauce and tofu. Foods with higher tyramine composition should be completely avoided in patients prone to significant reactions.
Moderately high levels of tyramine, xanthenes, theobromine, and dopamine are found in caffeinated drinks such as sodas and coffee, chocolate, avocados, bananas, raspberries, nuts (Brazil nuts, peanuts, coconuts), amongst other foods.
The consequences of amines are associated with the intake quantity. Although a small intake may not activate reactions, 6-10 mg of tyramine in food may cause a moderate reaction. However, patients may come across severe reactions when their food intake has 10-25mg of tyramine. Over consumption of these foods should be avoided.

Regular herbs that are homegrown contribute to the flavor. Species that are mild such as nutmeg or cinnamon have not found to trigger symptoms. Hot spices such as mustard, cayenne pepper, and pepper can trigger flushing, or diarrhea in some patients. Therefore, it is better to avoid hot spices.

Tumor growth is not affected when serotonin is present in the diet. Butternut, English walnut, black walnut, pecans, shagbark, vegetables such as tomatoes and plantains, fruits such as pineapple, banana, plums, kiwis have more than 3 mcg/g of serotonin and are categorized as food types with high serotonin levels.
Coconut, almonds, filberts, Brazil nuts, cashew nuts, Macadamia nuts, grapefruits, dates, avocados, honeydew melons, cantaloupe, eggplants, and olives have moderate serotonin levels, which are between 0.1 and 3 mcg/g.
The list of food types with less than 0.1 mcg/g of serotonin is vast and categorized as low serotonin foods such as peach, raspberries, blueberries, strawberries, cranberries, mangoes, cherries, pears, apples, papaya, oranges, carrots, lime, cucumbers, lettuce, acorns, sunflower seeds, pine nuts, nutmeg, pistachio nuts, and American chestnuts.
In foods such as broiled fish/beefsteak, baked ham/chicken, rice, potatoes, Parmesan cheese, corn, wheat germ, milk, coffee and tea, there is almost no serotonin.
Even in certain food types with moderately low serotonin levels, when more is consumed 5-HIAA (5-hydroxyindoleacetic acid, which is an indicator of serotonin levels) excretion may be indicated in the urine test. 5HIAA levels in the urine is said to be normal if the values are in the range of 2 mg and 8 mg/dl. The urine test result of an individual who consumed 4 bananas can show 15 mg/dl of 5-HIAA levels, whereas an intake of 32 black walnuts can elevate the 5-HIAA levels in the urine up to 59 mg/dl.
Therefore, avoid intake of food containing serotonin before taking up a 24-hour urine test.
Reviewed by Afsaneh Khetrapal BSc (Hons)