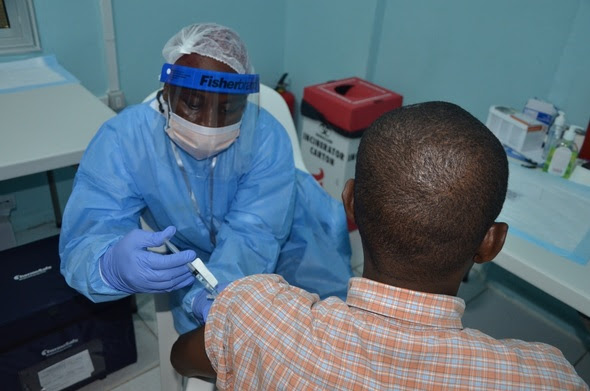 U.S. and Liberian scientists recently reported final results from a large, randomized, placebo-controlled clinical trial in Liberia that show two candidate Ebola vaccines pose no major safety concerns and can elicit immune responses by one month after initial vaccination that last for at least one year. The findings, published in the October 12th issue of the New England Journal of Medicine, are based on a study of 1,500 adults that began during the West Africa Ebola outbreak. The trial was originally designed to enroll 28,000 volunteers but was scaled back when the decline in new Ebola cases made it impossible to conduct a large efficacy study. However, the trial demonstrates that well-designed, ethically sound clinical research can be conducted during an epidemic.