By Afsaneh Khetrapal BSc (Hons)
The term tongue twisting comprises rolling, folding, rotating, adjusting, and turning of the tongue. The human tongue is a muscular organ that is capable of identifying the taste of food and is used in verbal communication. All aspects of a person are in some way influenced by genetics. Likewise, the tongue structure or its movement is controlled by one’s respective gene pattern. Having the ability for twisting a tongue is neither an advantage nor a disadvantage. 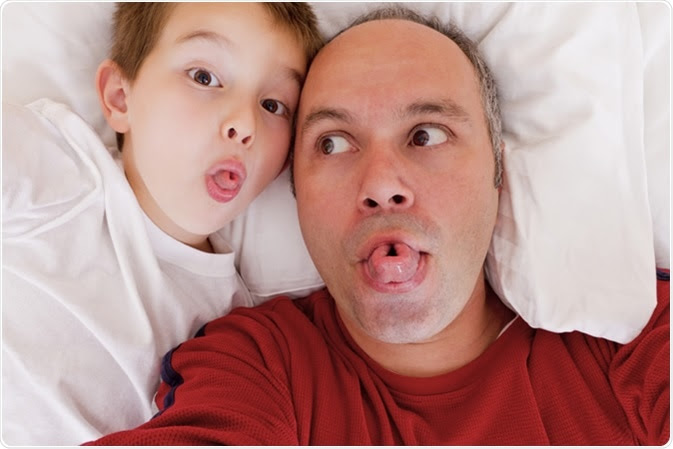 Tongue twisting is not a genetic disease or disorder, but a unique activity by a person using his tongue. As the front portion of the tongue is highly flexible, it allows people to do many twisting styles. The most popular forms of twisting are the following.

The early history of tongue genetics stated that the ability of tongue twisting is due to the influence of traits. In this regard, the common factor that determines the ability or inability of twisting a tongue falls in the category of traits. When the dominant allele is expressed toward the gene, it forms the dominant traits, while the absence of the dominant allele paves the way for a recessive allele. This is attracted toward the gene to form the recessive traits.

The tongue rolling ability occurs due to the influence of a dominant allele of the gene. A person who has either one or two copies of the dominant allele will be able to twist their tongue. In the case that a person is born with two recessive alleles, they cannot twist their tongue. In most cases, parents with a twisting-tongue ability can give birth to non-tongue twisters, and vice versa.
Based on the genetic inheritance, let us assume the dominant trait as “R” and the recessive trait as “r.”  If a person is born with the “rr” type of gene, he will not have the ability to tongue twist. If he is born with the “Rr” gene, he will be capable of twisting his tongue. People born with the “RR” gene type will definitely have the capability of twisting their tongue. However, scientists have noted that in some cases, the “Rr” type people also lack this ability.

After a long-drawn out struggle, geneticists and researchers have finally proved that tongue twisting does not occur by genetic transformation. Genetic inheritance has only a minimal role to play in tongue twisting skills. In 1940, an American geneticist named Alfred Sturtevant published research stating that the potentiality of twisting and rolling the tongue is due to the transformation of dominant traits from one’s parent.
Twelve years later, in 1952 another scientist, Philip Matlock, disproved Alfred’s statement. Matlock chose 33 twins that were identical, of which 7 pairs showed differences in trait. If the findings of Sturtevant are assumed true, then all identical twins must have got the same inheritance and should have shared the ability of twisting their tongue. Hence, it has been proved that tongue twisting, folding, and rotating are not solely genetic traits.
In the late 1960s, Professor McDonald from Delaware University with the help of his undergraduate students identified ten non-tongue twisters (born with recessive traits) and gave them the practice of rotating the tongue. Proving the research of Philip Matlock, one participant successfully attained the tongue twisting ability.

The possibility of transferring the gene condition or disorder is the same in all pregnancies. For instance, if a parent gives birth to a child with tongue disorders, it is not necessary for the next child to be born with the same defect. Likewise, the second child can have a disorder even if the first child is not born with it.
There are numerous reasons why one can have a specific gene variant, but not visually perceive any symptoms of it in real life. The above research and evidence prove that any effect of the gene is not visible until and unless it is triggered off in one form or the other by the environment.