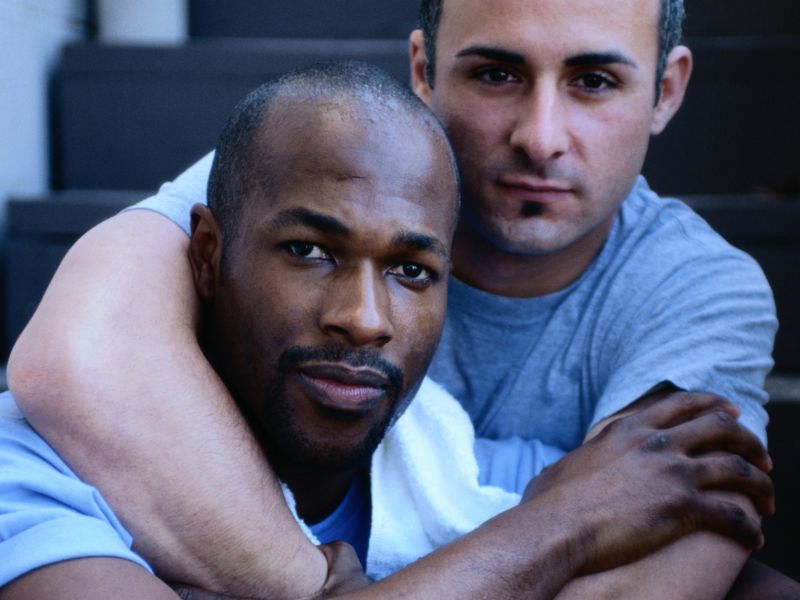 THURSDAY, April 6, 2017 (HealthDay News) -- Syphilis rates among gay and bisexual men have skyrocketed in the past two decades, U.S. health officials reported Thursday.
In 2015, gay and bisexual men accounted for more than 60 percent of early stage syphilis cases overall. And the national rate of early stage syphilis for this group was estimated to be at 309 cases per 100,000, according to the U.S. Centers for Disease Control and Prevention.
That rate was 106 times higher than the rate among heterosexual men and 168 times higher than the rate among women, the CDC report noted.
"I think we need to step back and examine gay and bisexual men beyond the stats on syphilis," said Fred Wyand, spokesman for the American Sexual Health Association.
These men are vulnerable for many reasons, including social factors placing them at higher risk for a number of tough health outcomes, he explained.
"Better access to health care, more welcoming attitudes, better support systems are all important, of course," Wyand said. "So, while doing better on the medical side in terms of counseling, testing and treating is very important, there's probably more to it than that," he suggested.
"We need to understand there are challenges faced by many gay and bisexual men -- economic, social, health and well-being, and so on -- greater than what most folks endure," Wyand noted.
The report, which looked at syphilis rates in 44 states, was led by Alex de Voux of the CDC's Epidemic Intelligence Service, and published April 7 in the Morbidity and Mortality Weekly Report.
The data showed syphilis rates among gay and bisexual men ranged widely among the 44 states -- from 73 per 100,000 in Alaska to 748 per 100,000 in North Carolina. The highest rates were in the South and West.
"People in the South often experience poorer health outcomes than the rest of the nation, due to multiple factors including income inequality, poverty, and high numbers of people without health insurance," according to the CDC.
In addition, in places where rates of syphilis are already high in the gay and bisexual community, these men face a greater risk of infection with each sexual encounter, the agency said.
Syphilis is divided into stages -- primary, secondary, latent and tertiary -- each associated with different signs and symptoms.
A person with primary syphilis generally has a sore or sores at the original site of infection. These sores usually occur on or around the genitals, around the anus or in the rectum, or in or around the mouth. These sores are usually, but not always, firm, round and painless.
Symptoms of secondary syphilis include skin rash, swollen lymph nodes and fever. The signs and symptoms of primary and secondary syphilis (early stage syphilis) can be mild, and they might not be noticed. During the latent stage, there are no signs or symptoms, the CDC said.
Syphilis can be cured with the right antibiotics, usually penicillin. Treatment might not, however, undo any damage that the infection has already caused.
"Having syphilis once does not protect someone from getting it again," the agency added. "Even after successful treatment, re-infection can occur."
Without treatment, syphilis can spread to the brain and nervous system or to the eye, the CDC said. This can happen during any of the stages.
Dr. David Rosenthal, medical director of the Center for Young Adult, Adolescent and Pediatric HIV in Great Neck, N.Y., said syphilis left untreated can be lethal.
One reason more cases of syphilis are known is that doctors are testing for it more among their gay and bisexual patients, Rosenthal said.
"As we started increasing the use of PrEP for HIV prevention, we are seeing gay men every three months that we used to see about every three years, and we are doing syphilis testing and we are finding more cases much earlier," he explained.
PrEP is a one-pill-a-day preventive treatment for people who don't have HIV but who are at very high risk of getting it, according to the U.S. Department of Health and Human Services.
"We need to continue to recommend safe sex, particularly using condoms, which are effective in preventing syphilis," Rosenthal said.
"If people have symptoms, they need to see a doctor as soon as possible, and not have sex with other people while they have their symptoms. In addition, people who are having sex with multiple people should regularly be tested for HIV and other sexually transmitted infections," he added.
SOURCES: David Rosenthal, D.O., Ph.D., medical director, Center for Young Adult, Adolescent and Pediatric HIV, Great Neck, N.Y.; Fred Wyand, spokesman, American Sexual Health Association; April 7, 2017, Morbidity and Mortality Weekly Report
HealthDay
Copyright (c) 2017 HealthDay. All rights reserved.
News stories are written and provided by HealthDay and do not reflect federal policy, the views of MedlinePlus, the National Library of Medicine, the National Institutes of Health, or the U.S. Department of Health and Human Services.