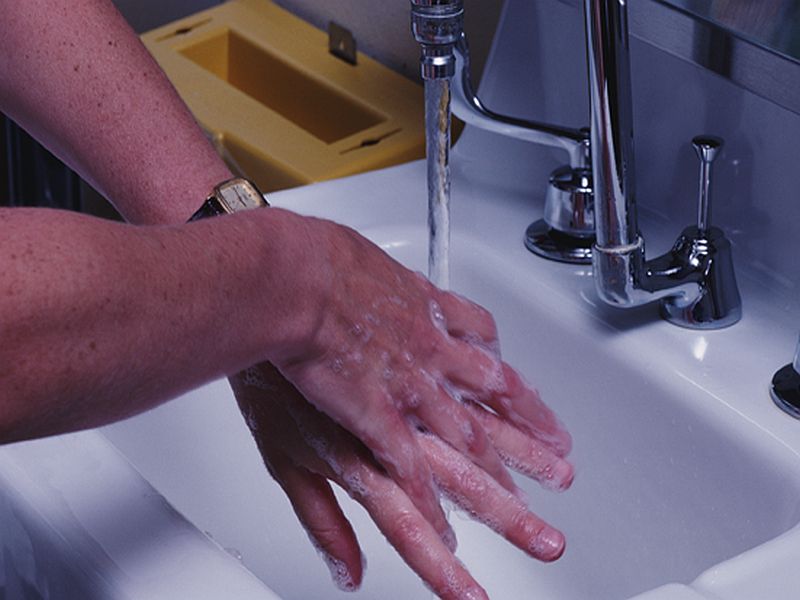 THURSDAY, Dec. 1, 2016 (HealthDay News) -- Too few child care workers follow hand-washing guidelines, a new study suggests.
University of Arkansas researchers used video cameras to record the hand-washing habits of adults at an early childhood center in the state.
Overall, only 22 percent of the adults followed proper hand-washing procedures before and/or after tasks such as wiping noses, emptying garbage cans, preparing food, and changing diapers, the study found.
Hand-washing rates were 30 percent among caregivers, 11 percent among paraprofessional aides and just 4 percent among parents at the facility, according to the study.
The study results were published in the December issue of the American Journal of Infection Control.
"Hand-washing is an important component of reducing illness transmission among children in early childhood centers, especially for the adults in charge of their care," said study lead author Jennifer Henk, an assistant professor of human environmental sciences at the university.
"As we seek to improve overall quality in early childhood settings, our study shows the need to adopt creative strategies to increase hand-washing compliance and efficacy," she added in a journal news release.
Children under 5 years of age have only partially developed immune systems, increasing their susceptibility to communicable diseases, said Susan Dolan, president of the Association for Professionals in Infection Control and Epidemiology.
"Studies have shown that children who spend time in an early childhood care center are two to three times more likely to acquire infections than children cared for in the home, with respiratory and gastrointestinal infections posing the highest risks," Dolan said.
Hand-washing can reduce children's risk of diarrhea by about 30 percent and their risk of respiratory infections by about 20 percent, according to the U.S. Centers for Disease Control and Prevention.
SOURCE: American Journal of Infection Control, news release, Nov. 29, 2016
HealthDay
Copyright (c) 2016 HealthDay. All rights reserved.
News stories are provided by HealthDay and do not reflect the views of MedlinePlus, the National Library of Medicine, the National Institutes of Health, the U.S. Department of Health and Human Services, or federal policy.