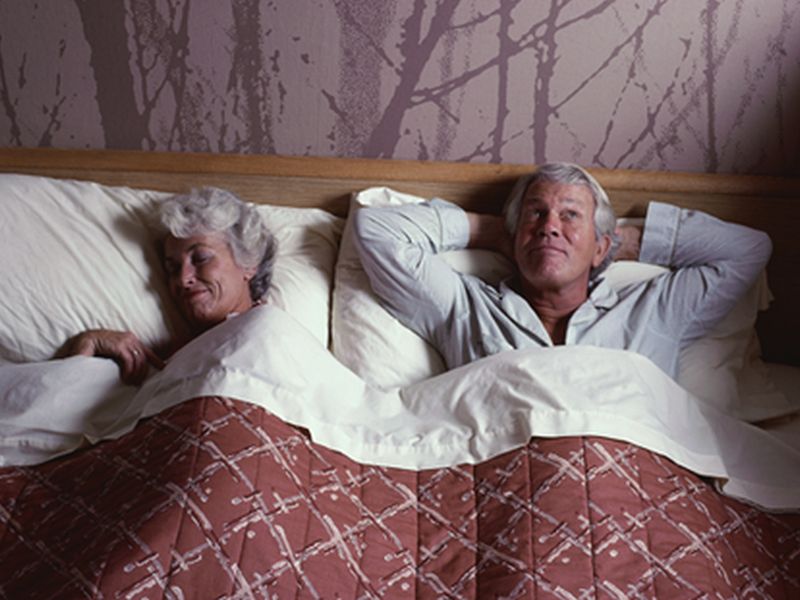 THURSDAY, Dec. 29, 2016 (HealthDay News) -- People struggling with insomnia often turn to non-prescription sleep remedies that may be habit-forming and are only intended for short-term use, according to a new Consumer Reports survey.
The survey found that 18 percent of people who said they'd taken such over-the-counter drugs in the past year did so on a daily basis. And 41 percent said they'd taken them for a year or longer.
"We were shocked to see so many people taking so many over-the-counter sleep aids, and doing so much longer than they were supposed to," said Lisa Gill, deputy content editor of Consumer Reports Best Buy Drugs.
The drugs in question include Advil PM and Tylenol PM -- pain relievers or cold formulas that contain sleep aids -- as well as straight sleep remedies like Nytol, Simply Sleep, Sominex, Unisom SleepMinis and ZzzQuil, according to the survey.
The active sleep aid in all these drugs is diphenhydramine, a decades-old antihistamine intended for short-term use, Gill said.
"It's really meant to treat allergies, but a side effect is drowsiness," Gill said.
Such regular use could put people at risk of side effects from either diphenhydramine or other ingredients also contained in the over-the-counter drugs, she said.
"The instructions are pretty clear" regarding diphenhydramine, Gill said. "You don't want to take it for longer than two weeks at a time. There's a whole host of reasons for that."
Medicines containing diphenhydramine can cause constipation, dizziness, daytime drowsiness or confusion, putting a person at risk for accidents, Gill said.
Also, some studies have linked diphenhydramine to an increased risk of developing dementia or Alzheimer's disease, Gill said. "That's the scary part," she said, since the antihistamine has been available to the public for a very long time.
Sleep expert Dr. Raj Dasgupta said he's also concerned that people are taking medicines to induce drowsiness that contain other active ingredients.
"It's scary that people will take these medications for their sleeping effects," said Dasgupta, an assistant professor with the University of Southern California Keck School of Medicine, and a fellow of the American Academy of Sleep Medicine. "They sometimes don't realize they're getting other medications along with the sleep aid."
For example, Advil PM contains ibuprofen, a pain reliever that can cause gastrointestinal problems and ulcers if overused, he said.
Dasgupta added that Tylenol PM also contains acetaminophen, a pain reliever that can be hard on the liver -- especially if taken while also drinking alcohol.
Consumer Reports is concerned that people might become psychologically dependent on these over-the-counter sleep aids, Gill said, even though the U.S. Food and Drug Administration allows manufacturers to state that the drugs are non-habit-forming.
Dasgupta agreed that psychological dependence is a concern regarding these sleep aids.
"Being a physician, caring about my patients, if they are going to ask me if one of these medications is addicting, I am going to be honest and say there's a chance it can be addicting," he said. "Because they're sold over the counter, there isn't a physician there to make that statement."
In response to the Consumer Reports story, the Consumer Healthcare Products Association, an industry trade group, said in a statement: "For over-the-counter (OTC) medicines, there are two active ingredients (diphenhydramine and doxylamine) that are approved by the FDA to treat occasional sleeplessness, not long-term sleep disorders or insomnia.
"The most important step for consumers to take when using any OTC medicine is to always read and follow the label, and a key take-away for OTC sleep aids is for consumers to note that the label directs use up to two weeks to help relieve occasional [sleeplessness]. Consumers should talk to a health care provider if their sleeplessness persists or if they have any questions."
Both Dasgupta and Gill recommend cognitive behavior therapy (CBT) as a first-choice treatment for chronic insomnia.
Those with insomnia undergoing CBT work with a licensed sleep therapist to figure out the habits, patterns and attitudes they've developed that might be getting in the way of a good night's rest, Dasgupta said.
For example, patients might be varying their bedtime and wake time throughout the week, which can throw off the body's internal clock. Or they might be spending too much time in front of a light-emitting tablet or TV just before bed, which can make it harder to get to sleep, he said.
SOURCES: Lisa Gill, deputy content editor, Consumer Reports Best Buy Drugs; Raj Dasgupta, M.D., assistant professor, Keck School of Medicine, University of Southern California, Los Angeles, and a fellow of the American Academy of Sleep Medicine; Dec. 28, 2016 statement, Consumer Healthcare Products Association
HealthDay
Copyright (c) 2016 HealthDay. All rights reserved.
News stories are provided by HealthDay and do not reflect the views of MedlinePlus, the National Library of Medicine, the National Institutes of Health, the U.S. Department of Health and Human Services, or federal policy.