Their salt intake has risen and veggies are still shunned, study finds 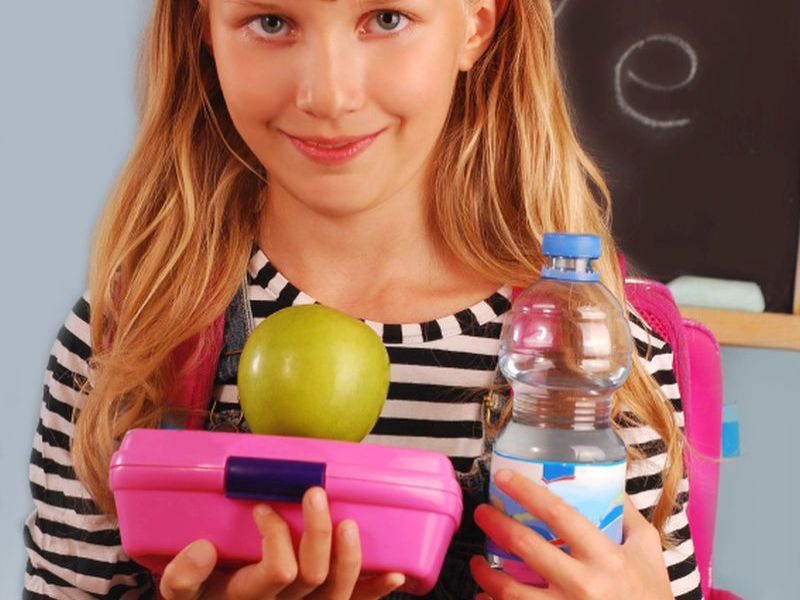 WEDNESDAY, Nov. 23, 2016 (HealthDay News) -- U.S. kids are eating healthier these days, but their daily diet is still nowhere near perfect, a new study reports.
Kids today are eating more food that's good for them: whole grains, whole fruits, dairy, and protein from seafood and plants. And, just as important, they are more likely to avoid sugar-laden foods and drinks full of empty calories, according to a review of children's diet trends between 1999 and 2012.
The reduction in empty calories was so steep that it "contributed to one-third of the total improvement in children's diets," said lead researcher Xiao Gu, a master's student in epidemiology at Brown University School of Public Health in Providence, R.I.
The picture isn't completely rosy, however.
Kids' salt intake has increased in recent years, and they aren't eating more vegetables than they had been, the researchers found.
Senior researcher Katherine Tucker said, "The overall picture is quite optimistic, that some of the messages of eating healthier foods and avoiding soft drinks is getting through." She is a professor of nutritional epidemiology at the University of Massachusetts, Lowell.
"The most negative thing is sodium did not improve," Tucker continued. "Sodium is in so many of our processed foods, and people are used to salty foods. It's something that is very difficult to change."
For the study, Gu and Tucker drew dietary data from more than 38,000 kids participating in the U.S. National Health and Nutrition Examination Surveys, a series of regular studies conducted by the Centers for Disease Control and Prevention to track U.S. health trends.
The researchers used data from 1999 to 2012 to create a standard 100-point Healthy Eating Index, in which higher scores indicate better food choices.
During the study period, the average Healthy Eating Index score rose to 50.9 in 2012 from 42.5 in 1999, as children ate more healthy foods and more often avoided empty calories, the investigators discovered.
"It's far from the optimal level of 100," Gu said. "The increasing trend is encouraging, but the current dietary quality level is disappointing."
The study found that kids did eat more whole grains, but they had an average whole grains score of only 2 in 2012 -- far below the maximum of 10, Gu noted. Likewise, children had a whole fruit intake score of 2.1, and the optimal score is 5.
The research showed that all kids had an improvement in their diet, but that some groups still are eating better than others in the United States.
For example, the diet score among black children improved to 48.4 in 2012 from 39.6 in 1999, but they still eat more poorly than white children whose score rose to 50.2 from 42.1.
A family's income also plays a role in healthy eating, with diet improving alongside household wealth. Diet scores rose nearly 24 percent among the wealthiest third of the sample, 19 percent among the middle third, and 18 percent among the least wealthy third, the findings showed.
The study authors suggested that lower-income families may be less likely to buy healthier foods that usually cost more, and they also often live in neighborhoods with limited access to healthy foods, so-called "food deserts."
"Corner stores often sell more processed foods," Tucker said. "Urban environments often have less access to fresh fruits and vegetables."
The researchers also uncovered a difference in diet quality between federal nutrition assistance programs.
The healthy eating scores of children in families receiving Supplemental Nutrition Assistance Program (SNAP) benefits now lag behind those of children not receiving such benefits, the report said. At the same time, children benefiting from the Women, Infants and Children (WIC) program are eating better than children not receiving that assistance.
The difference probably relates to how the two programs operate, Tucker said. SNAP has fewer limits on what families can buy with their assistance, so recipients might be tempted to buy less expensive and less healthy food, she suggested.
"It's a subsidy, but it doesn't come with a mandate to buy healthy foods, whereas the WIC program, where we saw quite a large difference, comes with a mandate to use the benefit only for healthy food," Tucker said. "It really does seem to make a difference."
According to Angela Lemond, a spokeswoman for the Academy of Nutrition and Dietetics, all American families need better education on nutrition in order to see these scores improve even more.
"Parents may know what they should do when it comes to diet, but how does it translate into their daily life?" Lemond said. "That's the kind of guidance a lot of families need."
Lemond, a registered dietitian in Plano, Texas, is encouraged by food industry efforts to reduce salt and sugar in foods, and believes the new Nutrition Facts label coming out in 2018 -- which highlights added sugars in food -- will make a big difference.
"There are going to be a lot fewer added ingredients, which is encouraging," she said.
The study findings were published online Nov. 23 in the American Journal of Clinical Nutrition.
SOURCES: Xiao Gu, master's student in epidemiology, Brown University School of Public Health, Providence, R.I.; Katherine Tucker, Ph.D., professor of nutritional epidemiology, University of Massachusetts, Lowell; Angela Lemond, RDN, registered dietitian, Plano, Texas, and spokeswoman, Academy of Nutrition and Dietetics; Nov. 23, 2016, American Journal of Clinical Nutrition
HealthDay
Copyright (c) 2016 HealthDay. All rights reserved.
News stories are provided by HealthDay and do not reflect the views of MedlinePlus, the National Library of Medicine, the National Institutes of Health, the U.S. Department of Health and Human Services, or federal policy.