Lack of interest a complaint of many women and men, study finds 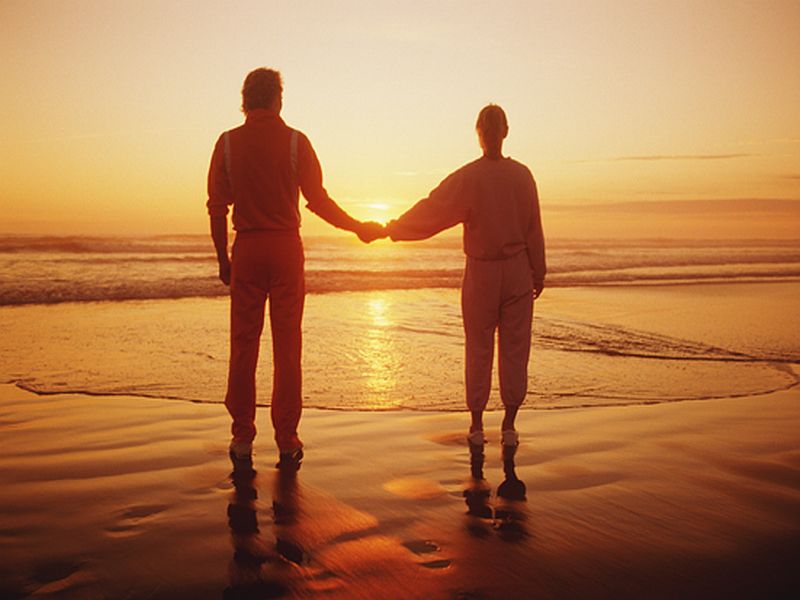 WEDNESDAY, Aug. 31, 2016 (HealthDay News) -- After a heart attack, many younger adults experience sexual difficulties -- and women more so than men, a new study reveals.
Moreover, those who don't talk to their doctors about sex in the first few weeks after a heart attack are more likely to delay a return to sexual intimacy, the researchers added.
"A substantial number of younger men and women will experience sex-related problems after their heart attacks. Yet, very few ever had a conversation about this with their doctor," said Kevin Weinfurt, a professor of psychiatry and behavioral sciences at the Duke University School of Medicine in Durham, N.C.
"This underscores a need for providers to talk to their patients about the possible effects of heart attacks on their sex lives and what they can do about it," said Weinfurt, who wrote a commentary accompanying the study.
The issue: How do heart attacks affect sexual activity in younger adults?
Few studies have looked at sexual activity in all men and women after heart attacks, said Dr. Gregg Fonarow, a professor of cardiovascular medicine at the University of California, Los Angeles, who wasn't involved in the new research. And the study says there's been even less interest in sexual activity among younger people, even though an estimated 20 percent of heart attacks strike adults aged 55 or younger.
For this study, Dr. Stacy Tessler Lindau, of the University of Chicago, and her colleagues analyzed data on more than 2,800 heart attack survivors in the United States and Spain. The participants were aged 18 to 55, half over 49 years old. Two-thirds were women.
Among those who were sexually active prior to their heart attack, 64 percent of men and 55 percent of women resumed having sex within one month, the researchers said.
Many of the study participants reported sexual problems during the first year of follow-up, with women encountering the most issues. After one year, two out of five women reported lack of interest, while 22 percent had lubrication problems. More than 20 percent of men experienced erectile difficulties, and nearly one in five males reported lack of interest, the study found.
The findings are published Aug. 31 in the journal JAMA Cardiology.
"We know that both physical and psychological factors contribute to decreased interest in sexual activity and decreased ability to engage in sexual activity after a heart attack," said Dr. Glenn Levine, professor of cardiology at Baylor College of Medicine in Houston. "In addition, a concern or fear about engaging in sex after heart attack is not uncommon."
However, the American Heart Association says, "It is probably safe to have sex if your cardiovascular disease has stabilized."
The study found that after one year, 94 percent of men and 91 percent of women who were sexually active before their heart attack had resumed sexual activity.
"This is reassuring, but we should note that a substantial minority of people still experience sexual difficulties," commentary author Weinfurt said.
Patients with diabetes and higher stress levels were more likely to struggle sexually than other heart attack survivors, the study found.
The researchers also found that heart attack patients were more likely to delay having sex again if they didn't talk to their doctors about sexual activity.
"Health-care providers often do not discuss sexual activity with their heart attack patients and their partners and spouses," Levine said, "and both patients and their partners and spouses are often embarrassed to ask about this after a heart attack."
Doctors and other health-care providers should understand that "many patients, particularly women, will have concerns and issues regarding sexual activity after a heart attack," Levine said. "It is important to have honest and frank discussions with these patients."
What about patients and their spouses and partners?
"They should know that concerns regarding sexual activity are common in patients with heart attack, and that this is not unusual," Levine said. "They should not feel shy or inhibited about discussing any concerns or problems with their health-care providers."
SOURCES: Kevin Weinfurt, Ph.D., professor, psychiatry and behavioral sciences, Duke University School of Medicine, Durham, N.C.; Gregg Fonarow, M.D., professor, cardiovascular medicine, University of California, Los Angeles; Glenn Levine, M.D., professor, cardiology, Baylor College of Medicine, Houston; Aug. 31, 2016, JAMA Cardiology
HealthDay
Copyright (c) 2016 HealthDay. All rights reserved.
News stories are provided by HealthDay and do not reflect the views of MedlinePlus, the National Library of Medicine, the National Institutes of Health, the U.S. Department of Health and Human Services, or federal policy.