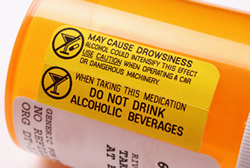 Prescription opioid overdose, abuse, and dependence cost the U.S. $78.5 billion in 2013, according to a study released in the journal Medical Care. Health care spending and substance abuse treatment alone accounted for over a third of the cost ($29 billion).
Key Findings
The cost of prescription opioid overdose has steadily risen. Previous research estimated the overall societal impact of prescription opioid abuse, dependence and misuse in the U.S. to be $55.7 billion in 2007. This new study, “The Economic Burden of Prescription Opioid Overdose, Abuse and Dependence in the United States, 2013,” released today in Medical Care, found the costs are increasing as the epidemic progresses. From 2007 to 2013, the number of prescription opioid overdose deaths increased by over 1,800 cases, and the number of people who abuse or are dependent on prescription pain medication increased by over 200,000 persons.
The federal government, as well as state and local governments, bear a substantial portion of the economic burden. Over 10 percent ($8.5 billion) of the costs were paid for by public health insurance programs (i.e. Medicare, Medicaid and Champus/Veterans Affairs) and 3.2 percent ($2.5 billion) were paid for by government sources for substance abuse treatment. Almost all of the criminal justice related costs ($7.3 of $7.7 billion) were funded by state and local governments. In total, nearly 25 percent of the entire economic burden was funded by the public sector.
CDC is working with communities and prescribers to prevent opioid misuse and overdose by tracking and monitoring the epidemic and helping states scale up effective programs. CDC developed the Guideline for Prescribing Opioids for Chronic Pain to help primary care doctors provide safer, more effective care for patients with chronic pain. CDC aims to save lives and prevent prescription opioid overdoses by equipping providers with the knowledge, tools, and guidance they need to make informed treatment decisions.
Learn More
Publicado por salud equitativa en 7:45