MercatorNet: New study finds couples unable to have as many children as they want

MercatorNet: New study finds couples unable to have as many children as they want 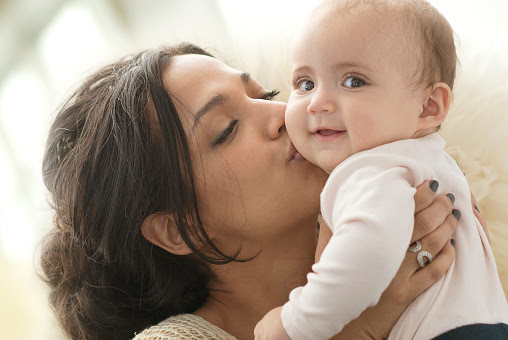 Couples across the globe increasingly report that they are unable to have as many children as they would like to.  While there has long been a drive to limit population, it seems that society now needs to work harder at enabling couples to have as many children as they would like to. It is an issue which causes great suffering for many.  The Economist writes this week;
Governments and aid agencies have turned family planning into a wholly one-sided campaign, dedicated to minimising teenage pregnancies and unwanted births; it has come to mean family restriction. Instead, family planning ought to mean helping people to have as many, or as few, children as they want.
…Family planning has been a huge success. The global fertility rate has crashed, from 5.1 babies per woman in 1964 to 2.5 today. The average Bangladeshi woman can now expect to have about the same number of children as the average Frenchwoman. Only in sub-Saharan Africa are big families still in vogue, and even there they are shrinking.
The Economist conducted a study in 19 countries which asked people how many children they would like and how many they expect to have. In every rich country surveyed, and in many developing countries, couples expected to be less fertile than they would like.  For instance, Russians regard 2.3 children as ideal; Spaniards 2.4; and Greeks 2.6. In all three people considered that they will end up having only 1.7 children on average. Significantly, the difference between the ideal and expected number of children in these countries is the difference between healthy natural population growth and natural decline.
The study also found that access to birth control is seldom an issue, signalling a global shift from an attitude described by The Economist as now ‘a relic of the 60s’.  Even in Nigeria (where people desire large families and often end up having even larger ones), the Guttmacher Institute in New York estimates that although 85% of married women in Nigeria are not using birth control the proportion who have an “unmet need” for it is just 16%.
More than anything else, people blame financial pressure and the cost of housing for having fewer children than they think desirable.  In many countries the financial crisis has been especially hard on young people, causing them to delay having children.
Although, somewhat surprisingly, people who live in buoyant countries were even more likely to cite financial pressure as the reason they will have a small family.  For instance, China’s fertility rate has fallen to 1.6 which Feng Wang, a demographer at the University of California, ascribes mostly to urbanisation, rising university attendance and the opportunity cost of having babies in a country that is quickly becoming richer. The pressure women feel to keep their sometimes hard-earned and identity-giving positions in the workforce can make having further children a greater sacrifice than it was in times gone by when more women regarded the home as their main work - especially if their workplace is not child friendly or flexible.
For some, more material wealth has become a norm they don't want to sacrifice; for others basic necessities like housing and a stable job really have become less affordable and secure than they used to be.  It seems that society has some thinking to do as to how couples can be enabled and supported to have as many children as they would like to – especially given the economic and other societal benefits for many countries this will bring.

Talk about hurtful and offensive language! One of the worst insults you can hurl at your enemies is "enemy of science". It's a tactic designed to make them look like gibbering cave men. However, as law professor Gerald Bradley argues today, if anyone is an enemy of science, it is President Obama. In his opinion, "in spite of his triumphalist advertisement of fidelity to scientific fact, Obama has sacrificed the well-being of our nation’s youth on the altar of ideology." A great read.