MercatorNet: Gloria Steinem to the rescue

MercatorNet: Gloria Steinem to the rescue

Gloria Steinem to the rescue 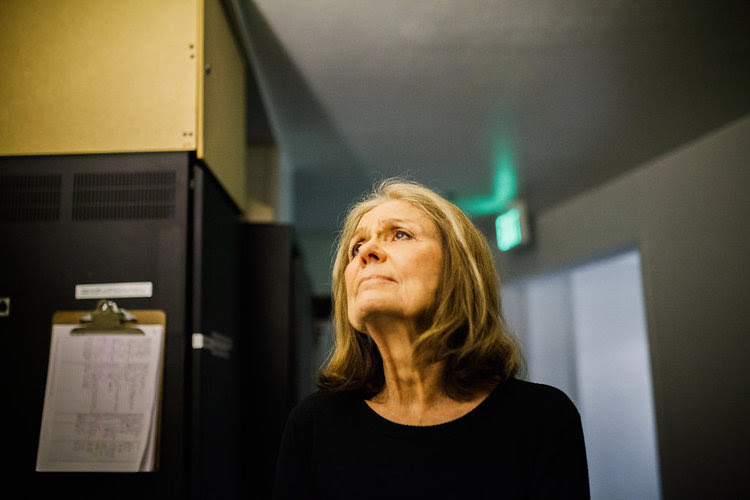 Dear old Gloria Steinem! How could we make ever the world a better place without this icon of Sixties feminism? Her latest gift to the great-grandchildren of her ageing fans is a pearl of scientific wisdom. Delivered last week at a Planned Parenthood meeting in Memphis, it was:

"Forced childbirth is the single biggest cause of global warming."

Not smokestacks, not fossil fuels, not deforestation, not biomass, but “forced childbirth”.
So if everyone follows her example and has no babies, global warming will go away. Easy-peasy.
Well, although her climate science lecture made the 82-year-old Ms Steinem sound a bit doddery, she does have company. Another Sixties icon, 84-year-old Stanford biologist Paul Ehrlich, popularized the equation I=PAT in his race to defuse the Population Bomb. This formula meant that environmental impact is the result of population, affluence and technology. Although almost none of his predictions have come true, I=PAT continues to mesmerize not only elderly icons but younger academics.
Just published in the journal Social Theory and Practice is an article by a bioethicist from Johns Hopkins and two philosophers from Georgetown University which shows that the spirit of the 1960s is far from dead. The authors tackle the most tractable of Ehrlich’s three variables, population, contending that people must be persuaded to produce fewer people through “population engineering”, aka population control.
Population control? After millions of forced abortions and forced sterilisations in China’s one-child policy, one of the best-known human rights abuses of all time, American academics are suggesting population control?
Yup.
In fact, they thunder that reluctance to act is “unjustifiable and, ultimately, irresponsible”. Procreation is dangerous because it creates more people who generate more greenhouse gases. The worst case scenario is that having an additional child raises one’s “total lifetime carbon emissions by nearly six times”. The question “is not whether we should implement some sort of fertility-reducing population engineering program, but rather which interventions such a program should include.”
To be fair, the three authors, Colin Hickey and Jake Earl, of Georgetown University, and Travis Rieder, of Johns Hopkins, are not keen on coercion. Under their plan, governments would merely incentivize smaller and smaller families. They favour the increasingly popular theory of “nudging” and nagging:

These changes could be achieved through mass media such as radio and TV content, billboards, poster campaigns, leaflet distribution, folk theater or other artist sponsorship, campaigns or assemblies in public schools, funding for public lectures, and so on.

Governments could also introduce economic incentives, like those employed by China, India and Singapore. These did lead to abuses, they acknowledge, but the approach was fundamentally sound and shows that incentivization works. They favour initiatives like “reducing child tax credits beginning at a middle income bracket, or even introducing a progressive, income-sensitive tax for every additional child one creates.”
While critics might complain that these are mildly coercive, the authors claim that such measures would actually enhance autonomy in pro-natalist societies. “Most people live in pro-natalist cultures, in which the social value of having children has been reinforced over centuries by any number of contingent practices and ideologies,” they write.
Plummeting birth rates around the world suggest that pro-natalist countries are fading faster than snowmen in Death Valley. Nowadays they flourish only in Africa. But “the cultural dominance of pro-natalism” is an article of faith for them, just as the myth of “forced childbirth” is for Ms Steinem.
Is population engineering a practical way to slow climate change? Yes, because reducing the number of children is easier than reducing one’s standard of living. “In many cases, it will be easier for individuals to cut their [greenhouse gas] output by reducing their fertility than by reducing their personal consumption.”
So, the message of both the population engineers and dear old Gloria is the same and comes straight from the dog-eared playbook of 1960s consumer capitalism. Maintain your standard of living. Go on expensive holidays. Keep on buying stuff. Don’t have any kids. And remember: when push comes to shove, forced abortion beats forced childbirth.
Michael Cook is editor of MercatorNet.

We have given Donald Trump a hard time in MercatorNet over the past few months. His style is provocative; his policies half-baked; his sincerity questionable. But by no means do we wish to imply that Hillary Clinton would be a better choice. Canadian journalist John Robson examines her record in a hard-hitting article below and concludes that she might be worse than her opponent.