They don't even help women, judging by Nordic experience. 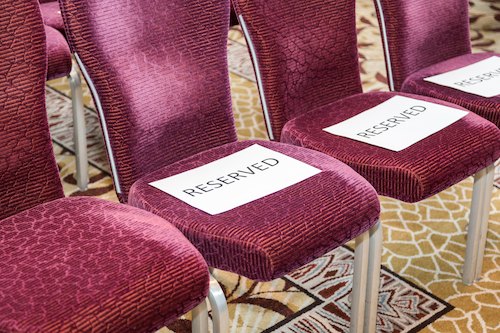 The government of Ontario recently announced gender quotas for provincial boards. It wants private companies to follow its lead over the next five years. This, we are told, will not only help women, it will improve company performance. Is this actually true?
A book about the Nordic experience released in May 2016 punctures those hopes and should be cause for reconsidering Ontario's path. The Nordic Gender Equality Paradox by Nima Sanandaji assesses gender-equality programs and plans in Iceland, Finland, Denmark, Sweden and Norway. Specifically in Norway, the evidence from studying quotas show neutral or negative results, both for women's advancement and company performance—the two areas we are told will most obviously benefit.
What we learn from Sanandaji's research is that the effects of quotas in Norway were far from positive. Norway introduced quotas requiring 40 per cent of board members of public companies to be women in 2003. This became mandatory for all companies in 2006. Of 500 companies affected, about 100 made "difficult but legal" changes in corporate structure to circumvent the new legislation. Share prices, he writes, dropped 3.5 per cent after the quota legislation was announced. More to the point, quotas had little to no effect on women's pay, or women choosing to enter the business world.
Why would investors expect gender quotes to decrease the value of firms? Fortunately, the conclusion of scholars is that this is not because women can't manage business well, but because, thanks to the pressure of the quotas, younger and therefore less experienced women needed to be quickly promoted. Authors of one study conclude "the quota led to younger and less experienced boards, increases in leverage and acquisitions, and deterioration in operating performance."
When women reach the top and are on boards because they excel, it does indeed improve performance. This is not due to gender or diversity, but rather, excellence. Another Danish study examined 2,500 firms over eight years, finding that hiring women did indeed improve firms' performance. Yet the conclusion was still that "the positive effects of women in top management depend(s) on the qualifications of female top managers." If quotas force hiring women on a short timeframe, and as a result, the wrong women are chosen, there is reason to be concerned that quotas will give the push for gender parity a bad reputation.
Neither did the placement of women on boards actually advance women more broadly. In Norway, there was no significant change in the gender wage gap, no greater enrolment of women in business programs and little evidence of widespread change in women's decisions around marriage and reproduction. As late as 2015, Norway had no female CEOs, causing one Swedish expert on gender equity to comment that the lack of movement post-quotas suggests that the "Norwegian snowball doesn't roll."
In international surveys about national values, Nordic countries consistently exhibit the most female-friendly attitudes. Yet they score below the U.S., the U.K., Ireland, Canada and Australia for women in senior management; Norway, Finland and Denmark have some of the lowest proportions of women in management at all (Canada beats all Nordic countries on this, save for Iceland) and finally, have some of the most gender-segregated labour markets in the world.
Sanandaji's conclusion is that quotas are window dressing. There are other policies he points to as being more effective and less intrusive for ensuring women can get to the top. For example, women are apparently more profoundly affected by higher taxes. When faced with high taxes, men keep working, says Sanandaji, but women choose not to. He also highlights how generous welfare-state benefits in the form of both payments to families and free child care keep women home. Both keep taxes high so that women have a harder time paying for the additional services that would free up the time to really excel in the business world.
At the end of the day, when governments discuss getting more women into management and on boards, they are making the same assumption: that talented women will indeed hit a glass ceiling simply because of their sex. It's not clear this is true in today's Ontario—Premier Kathleen Wynne is herself evidence of this. Hopefully common sense will prevail over ill-advised quotas that don't help business or women in Ontario. We've come a long way, baby—with no quotas required.
Andrea Mrozek is Program Director of Cardus Family. This article first appeared in The Financial Post (Canada) and is reproduced here with the permission of the author.

Although there are 65 million refugees scattered across the globe, I have only met a couple of them, both from Sudan. According to the migration expert from the University of Virginia interviewed below, my experience must be pretty typical. I live a comfortable life in a stable, wealthy country and have no idea of the suffering endured by refugees in countries like Colombia, the Democratic Republic of Congo or Pakistan.
Most news stories about refugees focus on violent conflict, such as the situation in Syria. But when there is no grand geopolitical clash, millions of people are ignored by Western media. My two friends both had the same experience of dreary year upon dreary year in a dusty camp in northern Kenya, where nothing ever happened. Is there a solution? Christine Mahoney believes there is. Read her recommendations below.