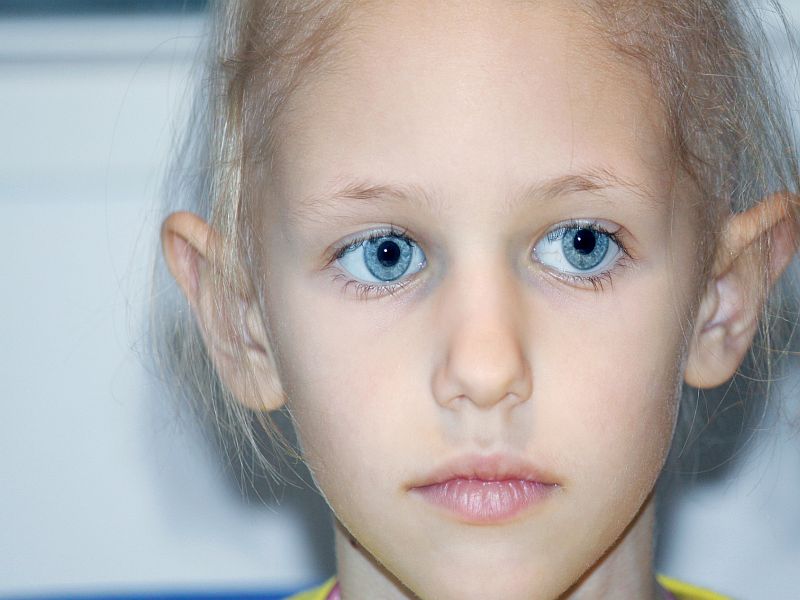 FRIDAY, Sept. 16, 2016 (HealthDay News) -- The number of U.S. children who die from cancer has fallen 20 percent since 1999, and leukemia is no longer the top killer, a new federal government report shows.
The decline continues a trend that began back in the 1970s, experts said.
What's new is that leukemia -- the most common type of childhood cancer -- is no longer the leading cause of cancer deaths. Survival among children with leukemia has improved to the degree that brain cancer now tops the list.
"It had been leukemia for decades, but only recently has there been this switch," said lead researcher Sally Curtin, who is with the U.S. Centers for Disease Control and Prevention's National Center for Health Statistics (NCHS).
It's not that deaths from childhood brain cancer are rising, according to Curtin. Instead, the rate has remained stubbornly stable, while leukemia deaths keep declining, she explained.
According to Dr. Andrew Kung, "We've continued to cure a growing percentage of children with leukemia." Kung is chairman of pediatrics at Memorial Sloan Kettering Cancer Center in New York City.
"What's remarkable is, there have been advances every decade [since the 1970s]," said Kung, who was not involved in the study. "Now we're curing about 90 percent of kids."
The continuing decline in deaths from leukemia, and childhood cancer overall, is partly related to the high participation of pediatric patients in clinical trials, he explained.
Curtin made the same point. "If you ask doctors, they'll probably point out that more kids are being treated at specialized centers and taking part in clinical trials," she said.
But why hasn't the rate of death from brain cancer seen the same improvement?
A major reason is that there are obstacles to getting at tumors in the brain, Kung said. Surgery, a standard treatment for many cancers, may not get the entire brain tumor -- or it may not be possible at all.
Radiation is another option, but it can have "devastating effects" on a child's developing brain, according to Kung. "So our hands are really tied on how aggressively we can irradiate the brain," he said.
There are obstacles with chemotherapy, too. Many existing drugs cannot cross the blood-brain barrier -- a network of specialized cells that keeps toxic substances out of the brain, Kung noted.
Like childhood cancers in general, pediatric brain tumors are thankfully rare: About 4,600 U.S. children and teenagers will be diagnosed with some form of brain cancer this year, according to the National Brain Tumor Society (NBTS).
But certain types of brain tumors are highly lethal. Less than 30 percent of children with tumors called high-grade gliomas survive more than five years, the NBTS says.
Earlier this week, the group announced a new campaign to fund additional research aimed at pediatric brain cancer -- particularly high-grade gliomas.
The new childhood cancer findings are based on data from the National Vital Statistics System. Between 1999 and 2014, the overall cancer death rate among U.S. children and teenagers dropped from about 2.8 deaths per 100,000, to just under 2.3 per 100,000.
The statistics also show that in 2014, the death rate from cancer was 20 percent lower than in 1999 for all age groups between 1 and 19, for black and white children, and for boys and girls.
A noteworthy point, Curtin said, is that black and white children have similar cancer survival rates. "In other areas of health care, we usually see disparities," she said.
On the other hand, boys consistently had higher cancer death rates than girls -- 30 percent higher in 2014.
The full explanation is unclear. But, Kung said, boys tend to have a higher rate of certain cancers that have a relatively worse prognosis.
In 1999, leukemia accounted for about 30 percent of all childhood cancer deaths, while brain cancer accounted for almost one-quarter. By 2014, those figures were reversed.
"This is a combination of 'good' news and 'bad,' " Kung said. "We're seeing improvements, but they're not uniform. We're making progress, but we are in no way satisfied yet."
And survival is not the whole story when it comes to childhood cancer, Kung pointed out. Years later, survivors can develop health problems that are often related to their cancer treatment -- including infertility and other types of cancer.
So, Kung said, researchers need to keep refining treatment regimens to limit any negative effects on kids' long-term health.
The findings were reported Sept. 16 in the CDC's NCHS Data Brief.
SOURCES: Sally Curtin, M.A., statistician, National Center for Health Statistics, U.S. Centers for Disease Control and Prevention; Andrew Kung, M.D., Ph.D., chairman and professor, pediatrics, Memorial Sloan Kettering Cancer Center, New York City; Sept. 16, 2016, U.S. Centers for Disease Control and Prevention's National Center for Health Statistics NCHS Data Brief
HealthDay
Copyright (c) 2016 HealthDay. All rights reserved.
News stories are provided by HealthDay and do not reflect the views of MedlinePlus, the National Library of Medicine, the National Institutes of Health, the U.S. Department of Health and Human Services, or federal policy.