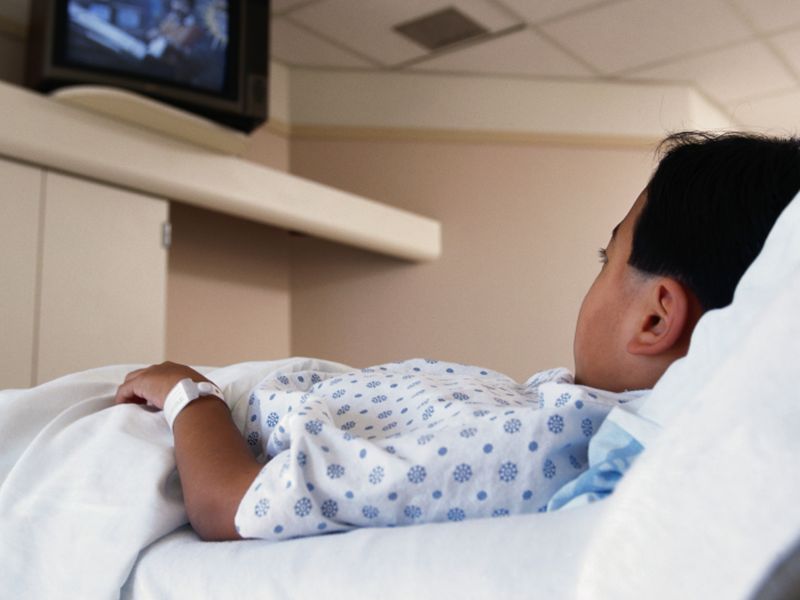 FRIDAY, July 8, 2016 (HealthDay News) -- Obese preschoolers are two to three times more likely to end up in the hospital than their healthy weight peers are, new research suggests.
The Australian study also found that health care costs are about 60 percent higher for obese kids.
"Childhood obesity is a serious public health issue, and is becoming an increasing problem in children under 5 years old," said study lead author Alison Hayes. She is an associate professor of health economics at the University of Sydney.
"In addition to the health impacts of childhood obesity, there are major economic impacts, which may occur earlier than previously thought," she said in a university news release.
Obesity and overweight rates for kids under age 5 are about 7 percent worldwide, the researchers said. But in Australia, the United Kingdom and the United States, the rate rises as high as 23 percent.
The new study looked at health care usage patterns among 350 children aged 2 to 5 years. This included visits to specialists, hospital admissions, visits to the ER, and the use of diagnostic services, medical testing and drugs.
The researchers found that obese children were more likely to be admitted to a hospital for respiratory difficulties, as well as for diseases of the ear, nose, mouth and/or throat.
"Early prevention of obesity is important to improve children's health, but there are also likely to be immediate savings in health care costs," said Hayes.
Preventing childhood obesity also could have a long-term impact on health systems. That's because children who are obese tend to stay obese into adulthood. And, lasting obesity can lead to serious chronic diseases, she pointed out.
"Our results are important for health care funders and policy makers because preventing obesity in the early childhood years may be a cost-effective way to tackle the obesity crisis, improve the nation's health and reduce the economic burden of obesity," Hayes said.
The study was published in the July 6 issue of the journal Obesity.
SOURCE: University of Sydney, news release, July 6, 2016
HealthDay
Copyright (c) 2016 HealthDay. All rights reserved.
News stories are provided by HealthDay and do not reflect the views of MedlinePlus, the National Library of Medicine, the National Institutes of Health, the U.S. Department of Health and Human Services, or federal policy.