Even a Little Exercise May Help Younger Women's Hearts: MedlinePlus

Even a Little Exercise May Help Younger Women's Hearts: MedlinePlus

Even a Little Exercise May Help Younger Women's Hearts

Those active about 2.5 hours a week had 25 percent lower disease risk than those who weren't, study found 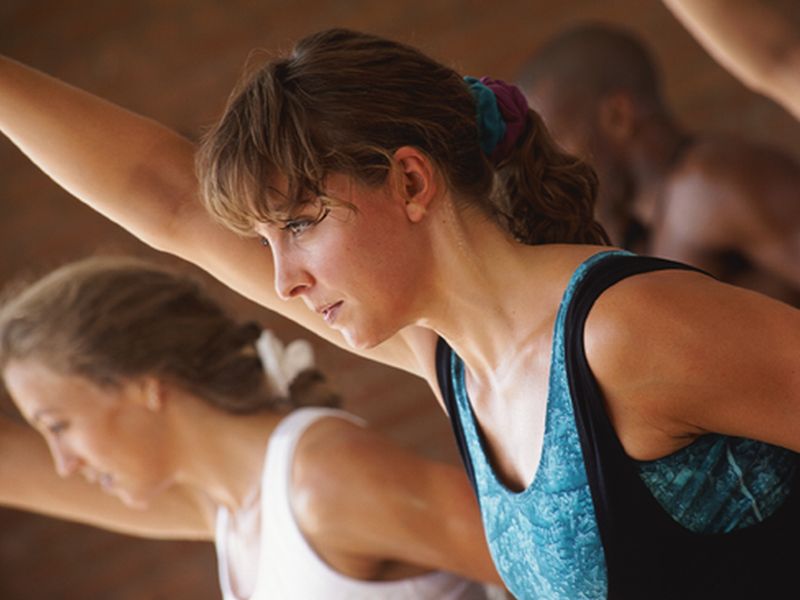 MONDAY, July 25, 2016 (HealthDay News) -- Younger women who exercise just 2.5 hours a week may cut their risk for heart disease by up to 25 percent, a new study suggests.
"The habits and the choices we make in the first half of our life determine our well-being and freedom from chronic disease in the second half of our lives," said Dr. Erin Michos, an associate professor of medicine and epidemiology at Johns Hopkins School of Medicine in Baltimore.
"Importantly, higher levels of physical activity have been shown to be associated with reduction in rates of heart disease, stroke, cancers, diabetes and many other chronic health conditions," said Michos.
She co-authored an editorial accompanying the study, which was published online July 25 in the journal Circulation.
Lead researcher Andrea Chomistek said women can achieve the recommended 150 minutes of moderate-to-vigorous physical activity per week in as many or as few sessions as they wish.
Joining a gym or walking or bicycling, or any other moderate activity that one enjoys, can be enough to reduce your risk of heart disease, she said.
Chomistek, an assistant professor of epidemiology and biostatistics at Indiana University's School of Public Health, thinks that men, too, can achieve a similar benefit with a few hours a week of moderate exercise. But, further research would be needed.
"It is important for normal-weight, overweight and obese women to be physically active," she said. "For people who are currently inactive and find joining a gym intimidating, emphasizing the benefits of walking may help them get active."
For the study, Chomistek and her colleagues collected data on more than 97,000 women, aged 27 to 44, who took part in the Nurses' Health Study 2.
Specifically, the researchers looked at the frequency, amount of time, intensity and type of preferred physical activity in which the women participated. During 20 years of follow-up, 544 women developed heart disease.
The researchers found that women who were the most physically active during their leisure time had the lowest risk for heart disease -- 25 percent lower than women who exercised the least.
Exercise didn't have to be strenuous. In fact, moderate exercise, such as taking a brisk walk, was associated with a lower risk of heart disease, the researchers found.
But the study did not prove a cause-and-effect link between the two.
The women who seemed to benefit the most exercised the most, at least 150 minutes a week.
And, it didn't matter what weight a woman was when she started exercising to lower her risk for heart disease, Chomistek said.
However, Chomistek acknowledged that the study has two limitations. First, the women in the study were mostly white, so it can't be assumed that these results apply to other racial or ethnic groups. Second, the data from the participants were self-reported, so it's possible that the figures were less than accurate.
Young women are so busy being caretakers of others -- their young children, their spouses, their aging parents, their friends and neighbors -- that they can neglect their own health, Michos said.
"Young women, however, are often the gatekeepers of health for their families. If we can encourage young women to make better food choices and be more active, often their spouses, children and other members of their social network will benefit, too," Michos said.
SOURCES: Andrea Chomistek, Sc.D., assistant professor, epidemiology and biostatistics, Indiana University School of Public Health, Bloomington; Erin Michos, M.D., associate professor, medicine and epidemiology, Johns Hopkins School of Medicine, Baltimore; July 25, 2016, Circulation, online
HealthDay
Copyright (c) 2016 HealthDay. All rights reserved.
News stories are provided by HealthDay and do not reflect the views of MedlinePlus, the National Library of Medicine, the National Institutes of Health, the U.S. Department of Health and Human Services, or federal policy.