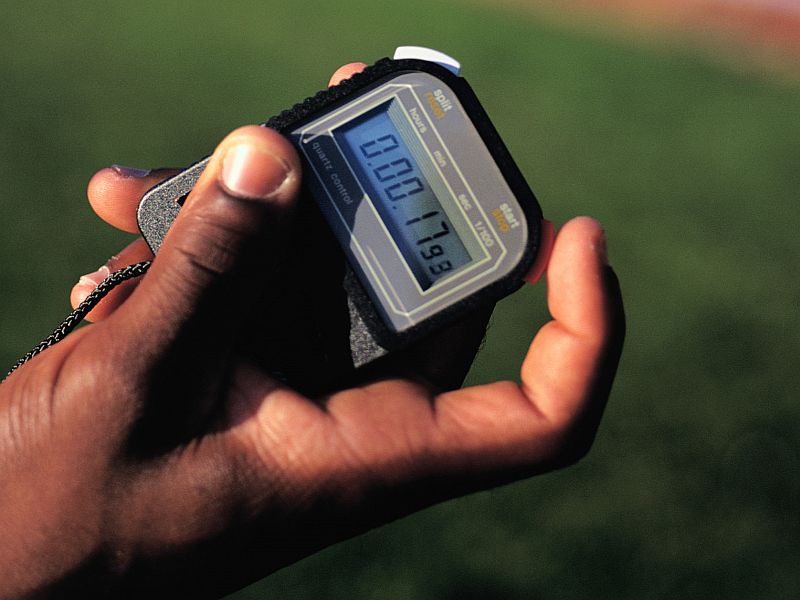 FRIDAY, July 22, 2016 (HealthDay News) -- Here's an idea that might make staff meetings less boring and more healthful: New research suggests you walk while you talk business.
The small study found that converting a single weekly meeting to a "walking meeting" may raise work-related physical activity levels of white-collar workers by 10 minutes.
By walking meeting, the researchers mean a group of employees and their manager literally walk around while discussing company matters.
"Walking is known to have tremendous health benefits," said study author Hannah Kling, a graduate of the department of public health sciences at the University of Miami Miller School of Medicine.
One walking meeting can help meet the targeted goals for physical activity set by the American Heart Association, which recommends adults get about 30 minutes of moderate-intensity physical activity each weekday, Kling added.
The researchers analyzed data on 17 white-collar workers recruited from the University of Miami. The employees had meetings once a week in groups of two or three.
Over a three-week period, participants wore accelerometers during the workday. These movement monitors measure physical activity.
During the first week, the workers went about their normal activities, without a walking meeting. Over the second and third weeks, however, they had one weekly walking meeting lasting 30 minutes.
The researchers said participants increased their moderate/vigorous physical activity from 107 minutes in the first week to 114 minutes in the second week and then to 117 minutes in the third week.
"A total of 88 percent of our participants completed their walking meetings, showing that walking meetings were feasible for our sample of white-collar workers," said Kling.
The possible health benefits of regular walking meetings include reducing cholesterol and lowering blood pressure, according to Russell Clayton, an assistant professor of management with the Donald R. Tapia School of Business at Saint Leo University in Florida.
Clayton, who has written about walking meetings in the Harvard Business Review, added that these sessions can also have psychological benefits, such as increased job satisfaction and benefits to the organization, such as heightened job engagement.
"And the beautiful thing about a walking meeting is that the employee is not taking a break from work to go exercise -- he or she is engaging in physical activity while simultaneously working," said Clayton, who wasn't involved with the new study.
Kling acknowledged that walking meetings can pose challenges when it comes to taking notes or reviewing paperwork.
"We recommend a sit-and-conclude time after the 30-minute walk to go over paperwork or other things that couldn't be addressed while walking," she said.
Kling did add, however, that taking notes during a walking meeting was possible by briefly stopping to write on a small notepad or by using a voice-recording device such as one on a cellphone. Three of the groups in this study took notes during their walking meetings.
Kling also advised bringing a water bottle, hat, sunglasses and sunscreen for hot-weather walks.
"If the weather [either too hot or too cold] does not permit an outdoor walk, walk inside," she added.
Kling also suggested that the ideal place for a walking meeting "might be in a park or some other nearby work area designated for pedestrians."
To have an effective walking meeting, Clayton recommended keeping the group small and planning it in advance so attendees can come prepared -- for example, wearing good walking shoes.
Although Clayton wasn't aware of any corporations adopting walking meetings as a policy, he did know of employees from Oracle and Kaiser Permanente who regularly engage in walking meetings.
Kling and her team concluded that walking meetings may counter the negative effects of sedentary behavior, and future studies should "consider more frequent and repeated measures of walking meetings with larger groups of white-collar workers."
The study findings were published recently in the journal Preventing Chronic Disease, a publication of the U.S. Centers for Disease Control and Prevention.
SOURCES: Hannah Kling, M.P.H., graduate, University of Miami Miller School of Medicine's Department of Public Health Sciences; Russell Clayton, Ph.D., assistant professor, management, Donald R. Tapia School of Business, Saint Leo University, Saint Leo, Fla.; June 24, 2016, Preventing Chronic Disease
HealthDay
Copyright (c) 2016 HealthDay. All rights reserved.
News stories are provided by HealthDay and do not reflect the views of MedlinePlus, the National Library of Medicine, the National Institutes of Health, the U.S. Department of Health and Human Services, or federal policy.