blog.aids.gov − PEPFAR Welcomes the Return of the International HIV/AIDS Conference to Africa

blog.aids.gov − PEPFAR Welcomes the Return of the International HIV/AIDS Conference to Africa 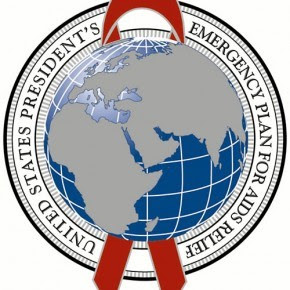 July 18, 2016 This week, the U.S. President’s Emergency Plan for AIDS Relief (PEPFAR) joins thousands of partners for the 21st International HIV/AIDS Conference (AIDS 2016) in Durban, South Africa. The conference returns to Africa for the first time since 2000, coinciding with the thirty-fifth anniversary of the first reported cases of AIDS, a moment... [READ MORE]

July 18, 2016 • By PEPFAR Press Room Cross-posted from PEPFAR Press Room
July 18, 2016
This week, the U.S. President’s Emergency Plan for AIDS Relief (PEPFAR) joins thousands of partners for the 21st International HIV/AIDS Conference (AIDS 2016) in Durban, South Africa. The conference returns to Africa for the first time since 2000, coinciding with the thirty-fifth anniversary of the first reported cases of AIDS, a moment that would change the lives of millions of people around the globe.
“The U.S. government’s commitment to ending the AIDS epidemic cannot be overstated,” said Ambassador Deborah L. Birx, U.S. Global AIDS Coordinator and Special Representative for Global Health Diplomacy. “We are investing with our voices, our capacity, and our dollars to help achieve an AIDS-free generation in which no one is left behind, in the U.S. and around the world. We owe it to the millions of people who lost their lives to AIDS, and the millions more who we can still reach to finish the journey we started 35 years ago.”
Demonstrating the U.S. government’s leadership toward reaching this goal, today, PEPFAR, in partnership with Johnson & Johnson and ViiV Healthcare, announced investing a combined $85 million investment to support 56 DREAMS Innovation Challenge [PDF 1.75MB]  winners* in 10 sub-Saharan African countries. Of this investment, $40 million is focused on keeping girls in secondary school, which dramatically reduces their vulnerability to HIV infection, and nearly half of these education-focused resources are directed to Malawi.
Throughout the course of AIDS 2016 and beyond, PEPFAR will continue to translate words and policy into concrete actions, including:
• Investing in adolescent girls and young women
• Standing with and for key populations
• Delivering on our commitment to children [PDF 2.09 KB]
• Strengthening civil society and community leadership and capacity
• Meeting the President’s bold PEPFAR HIV prevention and treatment targets [PDF 202 KB]
As a global community, we have made great progress, but there is much work to be done to end AIDS by 2030 (#EndAIDS2030). This week, more than 20,000 adults and 2,100 children died from AIDS-related causes. More than 37,000 adults were infected with HIV, including 7,500 young women.
Nelson Mandela’s words from the 2000 International AIDS Conference in Durban still ring true, “In the face of the grave threat posed by HIV/AIDS, we have to rise above our differences and combine our efforts to save our people. History will judge us harshly if we fail to do so now, and right now.”
The International AIDS Conference is the largest conference on any global health issue and was first convened in 1985 as a forum to bring together policy makers, community leaders, scientists, and health experts. This year’s theme, “Access Equity Rights Now” serves as a call for action and cooperation in reaching people who lack access to the life-saving treatment, prevention, and support services they deserve.
* Currently, the organizations selected are considered provisional winners until further notice.
# # #
About PEPFARThe U.S. President’s Emergency Plan for AIDS Relief (PEPFAR) is the U.S. government initiative to save the lives of those affected by HIV/AIDS around the world. This historic commitment is the largest by any nation to combat a single disease internationally, and PEPFAR investments also help alleviate suffering from other diseases across the global health spectrum. PEPFAR is driven by a shared responsibility among donor and partner nations and others to make smart investments to save lives. For more information about PEPFAR, visitwww.pepfar.gov, www.instagram.com/pepfar